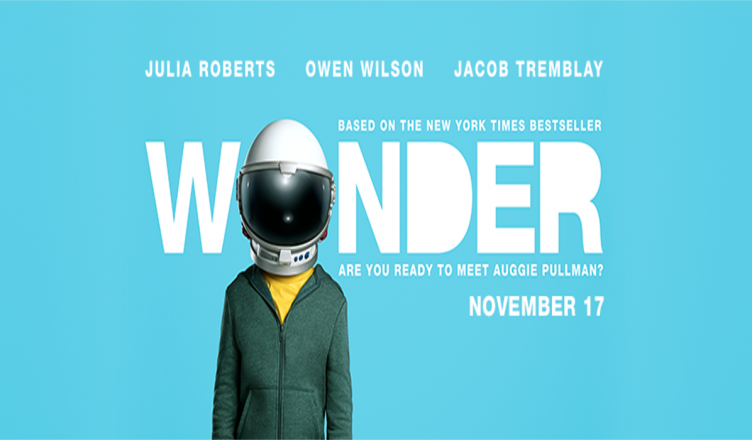 With over 5 million copies sold and over 4 years as a New York Times bestseller, Wonder is set to become a major motion picture (out November 17, 2017).

Prepare for this title to hit the big screen by ordering Wonder in bulk for your classroom.

Wonder tells the story of a young boy's journey to fit in. Ten-year-old Auggie Pullman was born with a facial disfiguration that has, until now, prevented him from going to a mainstream school. As he starts fifth grade at Beecher Prep, Auggie wants nothing more than to be treated like a normal kid. Read along as he navigates the perils of starting a new school — making friends and interacting with new teachers and students — all while embracing criticism about his looks.

Wonder is a great novel to read as a class. Inspiring the nationwide "Choose Kind" movement, it teaches kids about the importance of not judging a book by its cover, and having more empathy and compassion towards others. Auggie is a hero everyone will root for who proves that if you’re born to stand out, there’s no way you can blend in! Though it is written for middle school readers, Wonder is the type of book that will inspire readers of all ages.

After you read Wonder:

1. Start conversations with The Wonder Journal. This journal is filled with quotes from the novel and drawings to help inspire creative writing.

2. Start off each day with 365 Days of Wonder: Mr. Browne's Book of Precepts. This companion book features conversations between English teacher, Mr. Browne, and his students Auggie, Julian, Summer, Jack Will, and others. Each day is paired with inspiring quotes from notable people such as Anne Frank, Martin Luther King, Jr., and Confucius as well as fans of Wonder.

4. Prompt further discussion with the Choose Kind Journal. Filled with quotes from the book and insightful questions, this journal will prompt kids to reflect on ways they can actively be kind every day to themselves and people around them.

5. Share Auggie's stories with younger readers with the picture book We're All Wonders. Starring Auggie and his dog Daisy, this original adventure will foster discussions of empathy, difference, and kindness with young children.

Catch Wonder, starring Owen Wilson, Julia Roberts, and Jacob Tremblay as Auggie, in theaters November 17th. Order R.J. Palacio's Wonder in bulk through BookPal and save on wholesale orders of 25 or more.

This post was written by Megan Habel, the marketing associate at BookPal. She is currently reading The Underground Railroad by Colson Whitehead.