Brotopia: Breaking Up the Boys' Club of Silicon Valley [Hardcover] 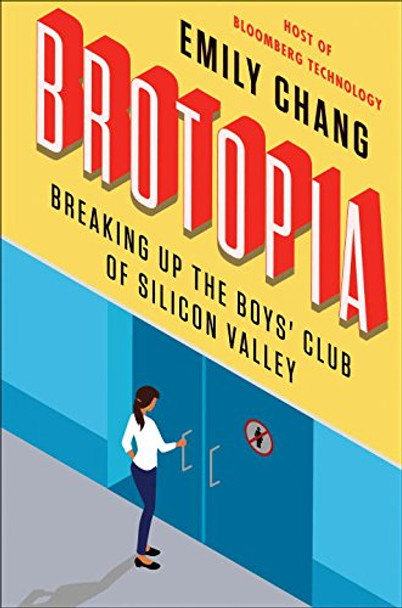 Brotopia: Breaking Up the Boys' Club of Silicon Valley [Hardcover]

Bloomberg Technology reporter Emily Chang confronts Silicon Valley's rampant sexism, excluding women from the greatest wealth creation of our generation. Silicon Valley has long prided itself on being the land of opportunity, where anyone with a big idea can make it a reality, and where the new Masters of the Universe change the world for the better. But the bitter truth is that women have been excluded, marginalized, and harassed from the start. Sexism and the gender gap in Silicon Valley are only getting worse. It's not a utopia - it's a "brotopia" for tech bros. The scope of tech reporter Emily Chang's Brotopia is wide--from front page scandals to behind-the-scenes stories that key players reveal directly. Chang reports on the forces conspiring against women in the workplace, and outside of it as well--from sex parties filled with VCs and entrepreneurs and rampant online pornography to outright harassment. After decades of silence, women are now coming forward to bravely reveal their stories. Sixty percent of women in tech have experienced sexual harassment, but offenders don't get punished--they get excused because they're top performers, aided and abetted by a venture capital boys club of extremely wealthy and privileged investors. Women in tech suffer devastating consequences, and many consider leaving the industry every day. Chang explores how this culture came to be, what it means, and what can be done to fix it. She delves into the seedy underbelly of shiny Silicon Valley, weaving together hard-hitting interviews with major influencers like Sheryl Sandberg, Marissa Mayer, Tim Cook, Peter Thiel, Ellen Pao and more. She reveals the secrets that tech companies have tried to hide for years, and offers a fresh set of tangible solutions about what can be done to level the playing field.

The book, Brotopia: Breaking Up the Boys' Club of Silicon Valley [Bulk, Wholesale, Quantity] ISBN# 9780735213531 in Hardcover by Emily Chang may be ordered in bulk quantities. Minimum starts at 25 copies. Availability based on publisher status and quantity being ordered.
View AllClose

Brotopia: Breaking Up the Boys' Club of Silicon Valley

MSRP:
Now:
As low as
Was:
Silicon Valley is a modern utopia where anyone can change the world. Unless you're a woman. For women in tech, Silicon Valley is not a fantasyland of unicorns, virtual reality rainbows, and...

More Awesome Than Money: Four Boys, Three Years, and a Chronicle of Ideals and Ambition in Silicon Valley

MSRP:
Now:
As low as
Was:
In June of 2010, four nerdy NYU undergrads moved to Silicon Valley to save the world from Facebook. Their idea was simple?to build a social network that would allow users to control the information...

The Code: Silicon Valley and the Remaking of America

MSRP:
Now:
As low as
Was:
The true, behind-the-scenes history of the people who built Silicon Valley and shaped Big Tech in America Long before Margaret O'Mara became one of our most consequential historians of the...

Valley of the Gods: A Silicon Valley Story

MSRP:
Now:
As low as
Was:
In a riveting, hilarious account, reporter Alexandra Wolfe exposes a world that is not flat but bubbling—the men and women of Silicon Valley, whose hubris and ambition are changing the world. Each...

The Art of Breaking Up

MSRP:
Now:
As low as
Was:
Joseph Gordon-Levitt’s creative collaborative community HITRECORD looks at love from both sides in this ingenious flippable book. So, you just got dumped, huh? Or did you just dump someone? Doesn’t...

MSRP:
Now:
As low as
Was:
Written by two-time Newbery winning author Katherine Paterson, Lyddie is the story of one thirteen-year-old girl's struggle to save her family. Not only does Lyddie tell the powerful narrative of a...

MSRP:
Now:
As low as
Was:
The guide for organizations gathering people to transform their brand and field. Top tier organizations, whether non-profit, political, faith-based or commercial, know that meaningful connections...

MSRP:
Now:
As low as
Was:
Angry and humiliated when his sharecropper father is jailed for stealing food for his family, a young African American boy matures with the help of the devoted dog Sounder. The book, Sounder...

The E-Myth Revisited: Why Most Small Businesses Don't Work and What to Do about It [Paperback]

MSRP:
Now:
As low as
Was:
In this first new and totally revised edition of the 150,000-copy underground bestseller, The E-Myth, Michael Gerber dispels the myths surrounding starting your own business and shows how commonplace...

MSRP:
Now:
As low as
Was:
A GOOD MORNING AMERICA BOOK CLUB PICK Shortlisted for the 2020 Women's Prize for Fiction, Angie Cruz's Dominicana is a vital portrait of the immigrant experience and the timeless coming-of-age...