Music to My Years 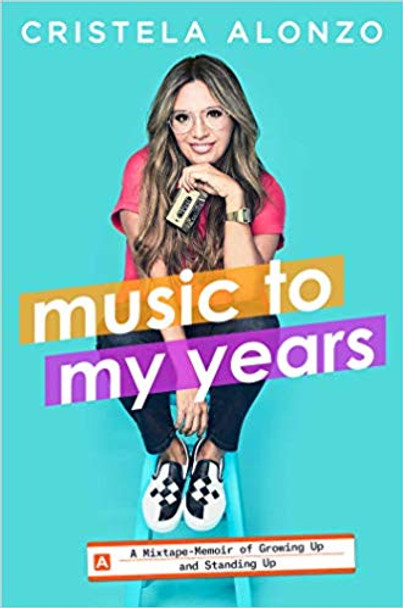 Music to My Years

When Cristela Alonzo and her family lived as squatters in an abandoned diner, they only had two luxuries: a television and a radio, which became her pop cultural touchstone and a guiding light. Cristela shares her experiences and struggles of being a first-generation American, her dreams of becoming a comedian, and how it feels to be a creator in a world that often minimizes people of color and women. Her stories range from the ridiculous—like the time she made her own tap shoes out of bottle caps or how the theme song of The Golden Girls landed her in the principal’s office—to the sobering moments, like how she turned to stand-up comedy to grieve the heartbreaking loss of her mother and how, years later, she’s committed to giving back to the community that helped make her. Each significant moment of the book relates to a song, and the resulting playlist is deeply moving, resonant, and unforgettable. Music to My Years will make you laugh, cry, and even inspire you to make a playlist of your own

The book, Music to My Years [Bulk, Wholesale, Quantity] ISBN# 9781501189203 in Hardcover by Cristela Alonzo may be ordered in bulk quantities. Minimum starts at 25 copies. Availability based on publisher status and quantity being ordered.
View AllClose

50 Years of Rolling Stone: The Music, Politics and People That Shaped Our Culture

MSRP:
Now: $65.00
Was:
For the past fifty years, Rolling Stone has been a leading voice in journalism, cultural criticism, and—above all—music. This landmark book documents the magazine’s rise to prominence as the voice of...

My Years with General Motors

Believer: My Forty Years in Politics

MSRP:
Now: $35.00
Was:
“A portrait of political campaigning that is more like what we hope than what we fear . . . a stout defense—indeed, the best I have read—of the Obama years.” —David Gergen, The New York Times Book...

This Is the Year I Put My Financial Life in Order

MSRP:
Now: $27.00
Was:
A New York Times correspondent shares his financial successes and mishaps, offering an everyman's guide to straightening out your money once and for all. Money management is one of our most...

MSRP:
Now: $34.95
Was:
Cheap drinks, bathroom grafitti, and formidable performances have ruled for nearly a quarter of a century at Chicago’s Empty Bottle. From this collection of photographs, interviews, and essays culled...

MSRP:
Now: $8.99
Was:
The modern fantasy classic that Entertainment Weekly named an “All-Time Greatest Novel” and Newsweek hailed as a “Top 100 Book of All Time.” Philip Pullman takes readers to a world where humans have...

MSRP:
Now: $15.99
Was:
Most people would agree that thoughtful behavior and common decency are in short supply, or simply forgotten in hurried lives of emails, cellphones, and multi-tasking. In Choosing Civility, P. M...

Reading the Bible Supernaturally: Seeing and Savoring the Glory of God in Scripture

MSRP:
Now: $32.99
Was:
Does it take a miracle to read the Bible? God wrote a book, and its pages are full of his glory. But we cannot see his beauty on our own, with mere human eyes. In Reading the Bible Supernaturally,...

Words with Wings: A Treasury of African-American Poetry and Art

MSRP:
Now: $18.99
Was:
Words and art take wing and soar in this treasury of African-American poetry and art from the 19th century through the present. Includes works by Maya Angelou, Langston Hughes, Rita Dove, Countee...

MSRP:
Now: $30.00
Was:
"This book is a tour de force." --Adam Grant, New York Times bestselling author of Give and Take A revolutionary new history of humankind through the prism of work by leading anthropologist James...

MSRP:
Now: $29.99
Was:
James Comey, former FBI Director and New York Times bestselling author of A Higher Loyalty, uses his long career in federal law enforcement to explore issues of justice and fairness in the US justice...

MSRP:
Now: $29.00
Was:
A heartwarming and funny memoir from a beloved actress, Lilyville tells the story of a mother and daughter whose narrative reflects American cultural changes and the world's shifting expectations of...