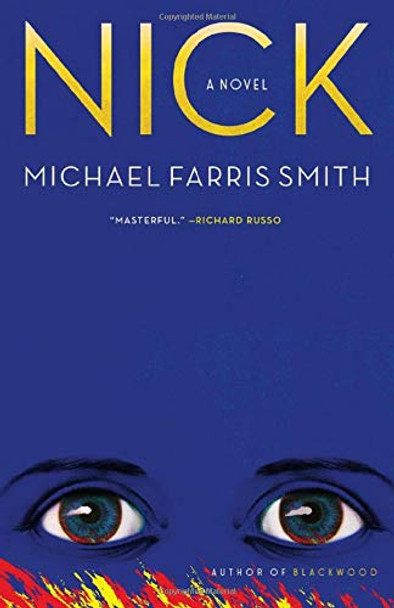 Critically acclaimed novelist Michael Farris Smith pulls Nick Carraway out of the shadows and into the spotlight in this "masterful" look into his life before Gatsby (Richard Russo, Pulitzer Prize-winning author of EMPIRE FALLS and CHANCES ARE…)

Before Nick Carraway moved to West Egg and into Gatsby's periphery, he was at the center of a very different story-one taking place along the trenches and deep within the tunnels of World War I.

Floundering in the wake of the destruction he witnessed firsthand, Nick delays his return home, hoping to escape the questions he cannot answer about the horrors of war. Instead, he embarks on a transcontinental redemptive journey that takes him from a whirlwind Paris romance-doomed from the very beginning-to the dizzying frenzy of New Orleans, rife with its own flavor of debauchery and violence.

An epic portrait of a truly singular era and a sweeping, romantic story of self-discovery, this rich and imaginative novel breathes new life into a character that many know but few have pondered deeply. Charged with enough alcohol, heartbreak, and profound yearning to paralyze even the heartiest of golden age scribes, Nick reveals the man behind the narrator who has captivated readers for decades.

The book, Nick [Bulk, Wholesale, Quantity] ISBN# 9780316529761 in Hardcover by Michael Farris Smith may be ordered in bulk quantities. Minimum starts at 25 copies. Availability based on publisher status and quantity being ordered.
View AllClose

MSRP:
Now:
As low as
Was:
From one of the 20th century's greatest voices comes the complete volume of his short stories featuring Nick Adams, Ernest Hemingway's memorable character, as he grows from child to adolescent to...

MSRP:
Now:
As low as
Was:
Stories + Puzzles = Reading Success! Highlights Puzzle Readers offer an innovative approach to learning to read that integrates puzzles and stories to develop motivated, confident readers. Nick and...

MSRP:
Now:
As low as
Was:
Boys and girls aged 3 to 6 are invited to a super big coloring party with all their friends from Dora the Explorer; Ni Hao, Kai-lan; SpongeBob SquarePants; Go, Diego, Go!; The Backyardigans; and The...

MSRP:
Now:
As low as
Was:
Just filmed by David Mamet, starring Nigel Hawthorne and Jeremy Northam, The Winslow Boy is based on the real-life court case of a young naval cadet unjustly accused of stealing a five shilling...

The Power of Ethics: How to Make Good Choices in a Complicated World

MSRP:
Now:
As low as
Was:
The essential guide for ethical decision-making in the 21st century. It’s not your imagination: we’re living in a time of moral decline. Publicly, we’re bombarded with reports of government...

The House on Mango Street [Hardcover]

MSRP:
Now:
As low as
Was:
A beloved work of fiction – translated in dozens of languages and read by both adults and teens – The House On Mango Street has been in publication for over 30 years. Author Sandra Cisneros uses her...

The Alps: In Panoramic Paintings

MSRP:
Now:
As low as
Was:
These remarkable vintage map artworks, both hand drawn and painted, capture the beauty of the Alps more effectively than any camera or computer. As downhill skiing became popular in 20th-century...