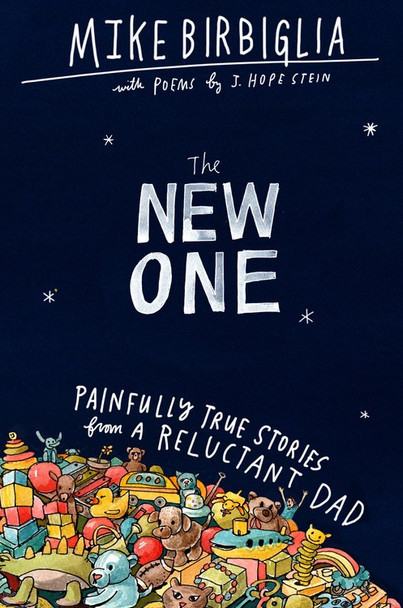 With laugh-out-loud funny parenting observations, the NYT bestselling author and award-winning comedian delivers a book that is perfect for anyone who has ever raised a child, been a child, or refuses to stop acting like one. In 2016 comedian Mike Birbiglia and poet Jennifer Hope Stein took their fourteen-month-old daughter Oona to the Nantucket Film Festival. When the festival director picked them up at the airport she asked Mike if he would perform at the storytelling night. She said, "The theme of the stories is jealousy."

Jen quipped, "You're jealous of Oona. You should talk about that."

And so Mike began sharing some of his darkest and funniest thoughts about the decision to have a child. Jen and Mike revealed to each other their sides of what had gone down during Jen's pregnancy and that first year with their child. Over the next couple years, these stories evolved into a Broadway show, and the more Mike performed it the more he heard how it resonated -- not just with parents but also people who resist all kinds of change.

So he pored over his journals, dug deeper, and created this book: The New One: Painfully True Stories From a Reluctant Dad. Along with hilarious and poignant stories he has never shared before, these pages are sprinkled with poetry Jen wrote as she navigated the same rocky shores of new parenthood.

So here it is. This book is an experiment -- sort of like a family.

The book, The New One: Painfully True Stories from a Reluctant Dad [Bulk, Wholesale, Quantity] ISBN# 9781538701515 in Hardcover by Mike Birbiglia, J. Hope Stein may be ordered in bulk quantities. Minimum starts at 25 copies. Availability based on publisher status and quantity being ordered.
View AllClose

MSRP:
Now:
As low as
Was:
Between 1854 and 1930, more than 200,000 orphaned or abandoned children were sent west on orphan trains to find new homes. Some were adopted by loving families; others were not as fortunate. In...

The Librarian of Basra : A True Story from Iraq

Wangari's Trees of Peace : A True Story from Africa

MSRP:
Now:
As low as
Was:
As a young girl growing up in Kenya, Wangari was surrounded by trees. But years later when she returns home, she is shocked to see whole forests being cut down, and she knows that soon all the trees...

MSRP:
Now:
As low as
Was:
Serial killers: Ted Bundy, John Wayne Gacy, and Jeffrey Dahmer are often the first names that spring to mind. Many people assume serial killers are primarily an American phenomenon that came about in...

MSRP:
Now:
As low as
Was:
A hilarious and honest new book in which John Hodgman, New York Times bestselling author of Vacationland, leaves vacation behind and gets back to work as a still somewhat famous person . . . and then...

My Many Colored Days

MSRP:
Now:
As low as
Was:
Accompanying a manuscript Dr. Seuss wrote in 1973, was a letter outlining his hopes of finding "a great color artist who will not be dominated by me." The late Dr. Seuss saw his original text about...