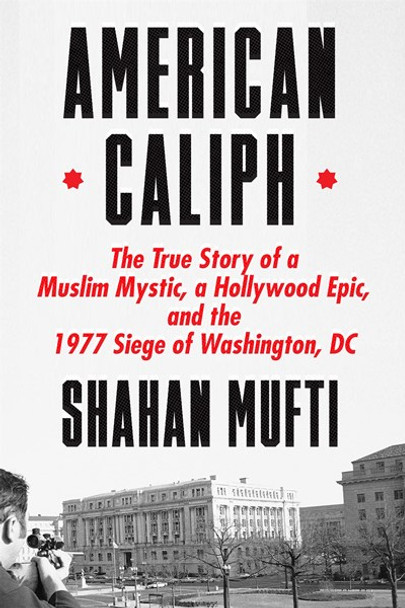 Late in the morning of March 9, 1977, seven men stormed the Washington, D.C., headquarters of B’nai B’rith International, the largest and oldest Jewish service organization in America. The heavily armed attackers quickly took control of the building and held more than a hundred employees of the organization hostage inside. A little over an hour later, three more men entered the Islamic Center of Washington, the country’s largest and most important mosque, and took hostages there. Two others subsequently penetrated the District Building downtown, where a firefight broke out. A reporter was killed, and Marion Barry, later to become mayor of Washington, D.C., was shot in the chest.

The attackers belonged to the Hanafi Movement, a Black Muslim group based in D.C. Their leader was a man named Hamaas Abdul Khaalis, a former jazz drummer who had risen through the ranks of the Nation of Islam before feuding with the organization’s mercurial chief, Elijah Muhammad, and becoming a spiritual authority to Kareem Abdul-Jabbar. Like Malcolm X, Khaalis had become sharply critical of the Nation’s unorthodox style of Islam. And, like Malcolm X, he paid dearly for his outspokenness: In 1973, members of the Nation murdered seven members of his family. One of the Hanafis’ demands on that day in 1977 was for the murderers to be turned over to the group to face justice. They insisted that the men who killed Malcolm X be turned over as well. And they demanded that the American premiere of The Message—an epic about the life of the prophet Muhammad—be canceled and the film destroyed. The lives of 149 hostages hung in the balance, and the United States’ fledgling counterterrorism forces—as yet untested—would have to respond.

Shahan Mufti’s American Caliph gives a full account of the first homegrown Islamist attack on American soil and of the man who masterminded it. Informed by extensive archival research and access to hundreds of declassified FBI files, American Caliph is a riveting true-crime story that sheds new light on the deep history of the War on Terror.

The book, American Caliph: The True Story of a Muslim Mystic, a Hollywood Epic, and the 1977 Siege of Washington, DC [Bulk, Wholesale, Quantity] ISBN# 9780374208585 in Hardcover by Shahan Mufti may be ordered in bulk quantities. Minimum starts at 25 copies. Availability based on publisher status and quantity being ordered.
View AllClose

MSRP:
Now:
As low as
Was:
REAL KIDS. REAL DISASTERS. From the author of the New York Times bestselling I Survived series come five harrowing true stories of survival, featuring real kids in the midst of epic disasters. From a...

Acts of Faith: The Story of an American Muslim, the Struggle for the Soul of a Generation

MSRP:
Now:
As low as
Was:
With a new afterword Acts of Faith is a remarkable account of growing up Muslim in America and coming to believe in religious pluralism, from one of the most prominent faith leaders in the United...

American Wolf: A True Story of Survival and Obsession in the West

MSRP:
Now:
As low as
Was:
A NEW YORK TIMES BOOK REVIEW EDITORS' CHOICE The enthralling story of the rise and reign of O-Six, the celebrated Yellowstone wolf, and the people who loved or feared her Before men ruled the...

The Boys in the Boat (Young Readers Adaptation): The True Story of an American Team's Epic Journey to Win Gold at the 1936 Olympics

MSRP:
Now:
As low as
Was:
The #1 New York Times bestseller freshly adapted for the next generation, now with brand new content including an author Q&A and never-before-seen photographs Inspiration for the PBS American...

The Boys in the Boat (Young Readers Adaptation): The True Story of an American Team's Epic Journey to Win Gold at the 1936 Olympics [Hardcover]

MSRP:
Now:
As low as
Was:
The #1 New York Times bestseller about the Greatest Generation freshly adapted for the next generation. For readers of Unbroken, out of the depths of the Great Depression comes the astonishing tale...

MSRP:
Now:
As low as
Was:
A poetic coming-of-age memoir that probes the legacies and myths of family, race, and religion—from Nigeria to England to America Mary-Alice Daniel’s family moved from West Africa to England when...

Rising: From a Mud Hut to the Boardroom - and Back Again

MSRP:
Now:
As low as
Was:
In this astonishing memoir, Graci Harkema revisits her experience growing up as an adoptee from the Congo in Grand Rapids, Michigan. She traces her path to claiming and living her own story, becoming...