I Have a Dream [Martin Luther King Jr Library] 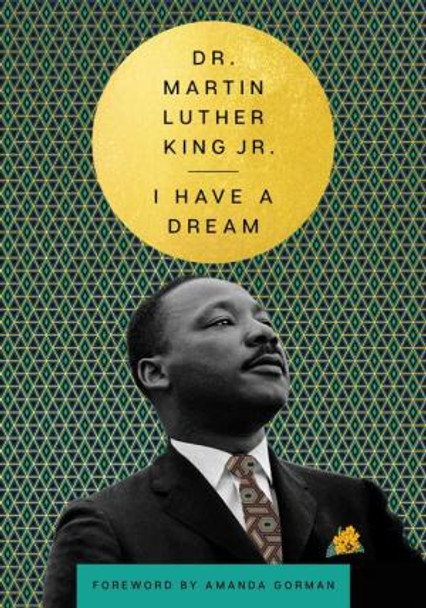 I Have a Dream [hardcover]

On August 28, 1963, Dr. Martin Luther King Jr. stood before thousands of Americans who had gathered at the Lincoln Memorial in Washington, D.C. in the name of civil rights. Including the immortal words, “I have a dream,” Dr. King’s keynote speech would energize a movement and change the course of history.

With references to the Gettysburg Address, the Emancipation Proclamation, the Declaration of Independence, the U.S. Constitution, Shakespeare, and the Bible, Dr. King’s March on Washington address has long been hailed as one of the greatest pieces of writing and oration in history. Profound and deeply moving, it is as relevant today as it was nearly sixty years earlier.

This beautifully designed hardcover edition presents Dr. King’s speech in its entirety, paying tribute to this extraordinary leader and his immeasurable contribution, and inspiring a new generation of activists dedicated to carrying on the fight for justice and equality.

The book, I Have a Dream [Bulk, Wholesale, Quantity] ISBN# 9780063236790 in Hardcover by Martin Luther King Jr. may be ordered in bulk quantities. Minimum starts at 25 copies. Availability based on publisher status and quantity being ordered.
View AllClose

I Have a Dream

MSRP:
Now:
As low as
Was:
A Coretta Scott King Illustrator Honor Book From Dr. Martin Luther King, Jr.'s daughter, Dr. Bernice A. King: “My father’s dream continues to live on from generation to generation, and this beautiful...

MSRP:
Now:
As low as
Was:
The child in this story suffers from asthma, a chronic condition that sometimes produces frightening attacks. But kids learn that with proper medical supervision and treatment, asthma can be kept...

Jacob Have I Loved

MSRP:
Now:
As low as
Was:
The remarkable Newbery-winning classic about a painful sibling rivalry, and one sister’s struggle to make her own way. Sara Louise Bradshaw is sick and tired of her beautiful twin Caroline. Ever...

Never Have I Ever

MSRP:
Now:
As low as
Was:
“Wonderful—suspense and surprises, real characters, and a scary, ominous backbeat. This feels like the book Jackson was born to write.” —Lee Child, New York Times bestselling author From New York...

I Have a Dream: Writings and Speeches That Changed the World [Paperback]

MSRP:
Now:
As low as
Was:
For use in schools and libraries only. Gathers speeches, sermons, letters, and essays from each period in Dr. King's life, and includes notes on their historical backgroundThe book, I Have a Dream :...

MSRP:
Now:
As low as
Was:
Personal friendships with Somali Muslims overcome the prejudices and expand the faith of a typical American Evangelical Christian living in the Horn of Africa. When Rachel Pieh Jones moved from...

Talking to Strangers: What We Should Know about the People We Don't Know [Paperback]

MSRP:
Now:
As low as
Was:
Malcolm Gladwell, host of the podcast Revisionist History and author of the #1 New York Times bestseller Outliers, offers a powerful examination of our interactions with strangers—and why they often...

World War C: Lessons from the Covid-19 Pandemic and How to Prepare for the Next One

MSRP:
Now:
As low as
Was:
CNN chief medical correspondent Sanjay Gupta, MD, offers an accessible, data-packed answer to our biggest questions about Covid-19: What have we learned about this pandemic and how can we prepare...

Roadmap to a Brighter Future: Reimagining and Realizing America's Possibilities

MSRP:
Now:
As low as
Was:
America's best days should still lie ahead. Here’s the realistic and definitive path to get us there. The future doesn’t just happen. It’s a choice that we can and must help determine. But as our...

The Skinny Confidential's Get the F*ck Out of the Sun: Routines, Products, Tips, and Insider Secrets from 100+ of the World's Best Skincare Gurus

MSRP:
Now:
As low as
Was:
Neal Bascomb delivers another nail-biting work of nonfiction for young adults in this incredible true story of spies and survival. The invasion begins at night, with German cruisers slipping into...

MSRP:
Now:
As low as
Was:
This superb collection of short fiction brings together the works of nine of America's master writers of the nineteenth and twentieth centuriesThe book, The American Short Story ISBN 9780440302940 in...

A Knock at Midnight: A Story of Hope, Justice, and Freedom

MSRP:
Now:
As low as
Was:
**A 2020 OWL AWARD LONGLIST WINNER IN THE BIOGRAPHY & MEMOIR CATEGORY**An urgent call to free those buried alive by America’s legal system, and an inspiring true story about unwavering...