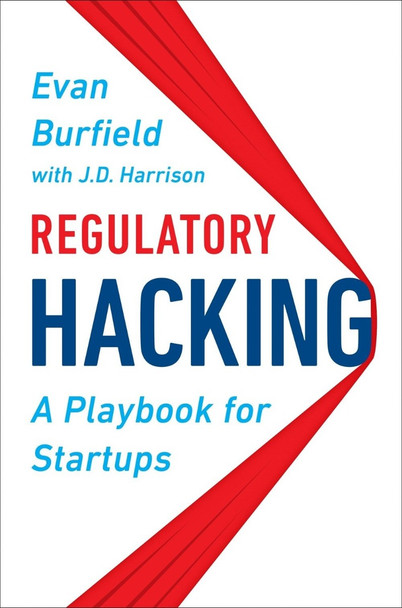 Every startup wants to change the world. But the ones who truly do know something the others don't: how to make government and regulation work for them.

As startups use technology to shape the way we live, work, and learn, they're taking on challenges in sectors like healthcare, infrastructure, and education, where failure is far more consequential than a humorous chat with Siri or the wrong shoes showing up on your doorstep. These startups inevitably have to face governments responsible for protecting citizens through regulation. Love it or hate it, we're entering the next era of the digital revolution: the Regulatory Era.

The big winners in this era--in terms of both impact and financial return--will need a skillset you won't learn in business school or from most startup incubators: how to scale a business in an industry deeply intertwined with government.

Here, for the first time, is the playbook on how to win this regulatory era. "Regulatory hacking" might sound like shorthand for "cutting through red tape", but it's really about finding a creative, strategic approach to navigating complex markets.

Evan Burfield, cofounder of 1776, a Washington, DC-based venture capital firm and incubator specializing in regulated industries, has worked at the intersection of startups and government for over two decades. As an experienced entrepreneur and investor in dozens of startups operating in complex industries, Burfield has coached startups on how to understand, adapt to, and influence government regulation. Now, in Regulatory Hacking, he draws on that expertise and real startup success stories to show you how to do the same. For instance, you'll learn how...

* AirBnB rallied a grassroots movement to vote No on San Francisco's Prop F, which would have restricted its business in the city.
* HopSkipDrive overcame safety concerns about its kids' ridesharing service by working with state government to build trust into its platform.
* 23andMe survived the FDA's order to stop selling its genetic testing kits by building trusted relationships with scientists who could influence the federal regulatory community.

Through his fascinating case studies and interviews with startup founders, Burfield shows you how to build a compelling narrative for your startup, use it to build a grassroots movement to impact regulation, and develop influence to overcome entrenched relationships between incumbents and governments. These are just some of the tools in the book that you'll need to win the next frontier of innovation.

The book, Regulatory Hacking: A Playbook for Startups [Bulk, Wholesale, Quantity] ISBN# 9780525533207 in Hardcover by Evan Burfield;J.D. Harrison may be ordered in bulk quantities. Minimum starts at 25 copies. Availability based on publisher status and quantity being ordered.
View AllClose

MSRP:
Now:
As low as
Was:
After interviewing fifty of the world’s greatest financial minds and penning the #1 New York Times bestseller Money: Master the Game, Tony Robbins returns with a step-by-step playbook, taking you on...

Gamestorming: A Playbook for Innovators, Rulebreakers, and Changemakers

MSRP:
Now:
As low as
Was:
How well do you manage team-based projects? This book demonstrates how visual thinking will make a huge difference in the way you conduct planning sessions, present information, and discuss ideas. By...

MSRP:
Now:
As low as
Was:
Hacking Leadership is Mike Myatt's latest leadership book written for leaders at every level. Leadership isn't broken, but how it's currently being practiced certainly is. Everyone has blind spots...

MSRP:
Now:
As low as
Was:
What do Tinder, Hulu and SpaceX have in common? They all have roots in Los Angeles, one of the most dynamic cities in the world for tech, gaming and entertainment startups. LA has the third largest...

The Startup Playbook: Secrets of the Fastest-Growing Startups from Their Founding Entrepreneurs [Hardcover]

MSRP:
Now:
As low as
Was:
In The Startup Playbook, Clickable CEO and NY Times best-selling author David Kidder reveals the rules and guiding principles of successful entrepreneurs, investors, and CEOs. Built on some of the...

A Program for You: A Guide to the Big Book's Design for Living [Paperback]

MSRP:
Now:
As low as
Was:
A Program for You interprets the original A.A. program as described in Alcoholics Anonymous, and serves as the basis for studying the Big Book. This guide provides us with a thorough understanding of...

MSRP:
Now:
As low as
Was:
Now for the first time ever, J.K. Rowling’s seven bestselling Harry Potter books are available in a stunning paperback boxed set! The Harry Potter series has been hailed as “one for the ages” by...