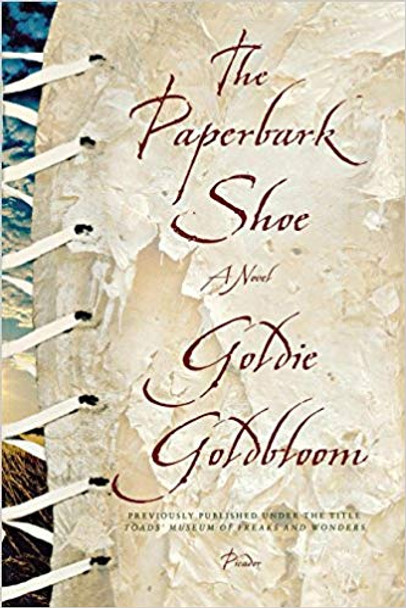 Winner of the 2008 AWP Award for the Novel

From 1941 to 1947, eighteen thousand Italian prisoners of war were sent to Australia. The Italian surrender that followed the downfall of Mussolini had created a novel circumstance: prisoners who theoretically were no longer enemies. Many of these exiles were sent to work on isolated farms, unguarded.

The Paperbark Shoe is the unforgettable story of Gin Boyle―an albino, a classically trained pianist, and a woman with a painful past. Disavowed by her wealthy stepfather, her unlikely savior is the farmer Mr. Toad―a little man with a taste for women's corsets. Together with their two children, they weather the hardship of rural life and the mockery of their neighbors. But with the arrival of two Italian prisoners of war, their lives are turned upside down. Thousands of miles from home, Antonio and John find themselves on Mr. and Mrs. Toad's farm, exiles in the company of exiles. The Paperbark Shoe is a remarkable novel about the far-reaching repercussions of war, the subtle violence of displacement, and what it means to live as a captive―in enemy country, and in one's own skin.

The book, The Paperbark Shoe [Bulk, Wholesale, Quantity] ISBN# 9780312674502 in Paperback by Goldie Goldbloom may be ordered in bulk quantities. Minimum starts at 25 copies. Availability based on publisher status and quantity being ordered.
View AllClose

Fire in the Streets

MSRP:
Now:
As low as
Was:
What means more, shared values or shared blood? Maxie’s choice changes everything in this acclaimed companion to The Rock and the River. Bad things happen in the heat, they say. Maxie knows all about...

MSRP:
Now:
As low as
Was:
Bunheads meets The Kicks in this third novel in this entertaining middle grade series from New York Times bestselling author, dancer, model, and actress Maddie Ziegler! Harper and her fellow Dance...

MSRP:
Now:
As low as
Was:
Bunheads meets The Kicks in this first novel in a brand-new middle grade trilogy from New York Times bestselling author, dancer, model, and actress Maddie Ziegler! Twelve-year-old Harper has been...

MSRP:
Now:
As low as
Was:
Ann Dixon's delightful story, illustrated with enchanting, colorful linocuts by Evon Zerbetz, presents a playful look at the secret world of woodland creatures. In tender and playful detail,...

MSRP:
Now:
As low as
Was:
Go on a wonderfully wild adventure with Ned as he takes on a journey full of mishaps in this book from celebrated dancer, choreographer, and beloved author and illustrator Remy Charlip...

The House of Mondavi: The Rise and Fall of an American Wine Dynasty [Paperback]

The New York Timesbestseller, now in paperback: a scandal-plagued story of the immigrant family that built... The book, The House of Mondavi: The Rise and Fall of an American Wine Dynasty [Bulk,...

MSRP:
Now:
As low as
Was:
Taking us from Afghanistan in the final days of the monarchy to the present, The Kite Runner is the unforgettable and beautifully told story of the friendship between two boys growing up in Kabul...

MSRP:
Now:
As low as
Was:
New York Times bestselling author Iris Krasnow reflects with humor and heart on her summer camp experiences and the lessons she and her fellow campers learned there that have stayed with them...

To Build a Fire and Other Stories

MSRP:
Now:
As low as
Was:
To Build A Fire and Other Stories is the most comprehensive and wide-ranging collection of Jack London's short stories available in paperback. This superb volume brings together twenty-five of...

MSRP:
Now:
As low as
Was:
A man's thirst for power ends in tragedy in this Signet Classics edition of one of William Shakespeare's most powerful works. When a trio of witches fortell that Macbeth will become King of Scotland,...