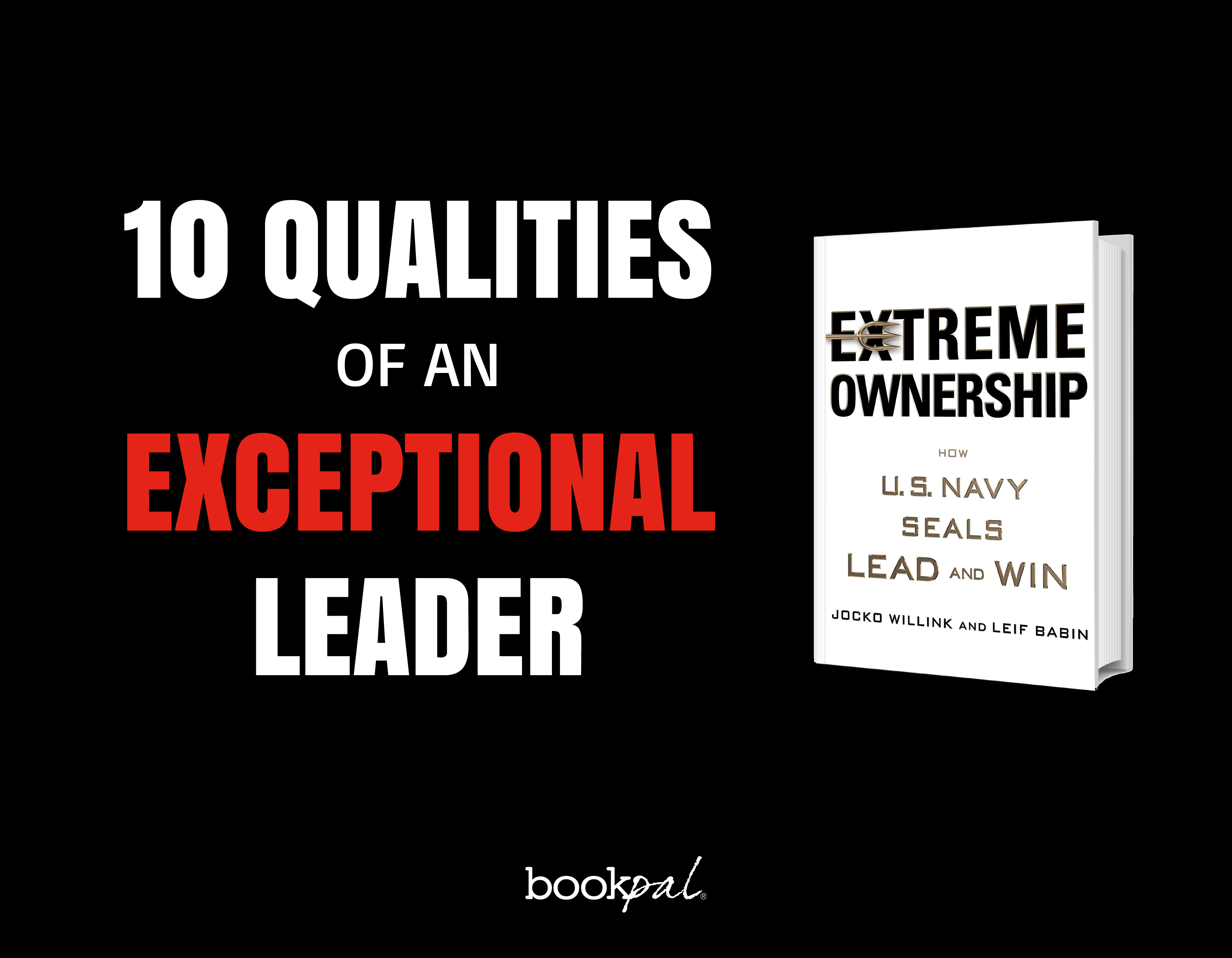 Learn about the 10 key leadership qualities every exceptional leader should possess.

If you want advice on how to become a better leader, just ask a Navy SEAL. In particular, ask U.S. Navy SEALs Jocko Willink and Leif Babin because they wrote the book on it. Willink and Babin share their riveting stories of leading in combat in the essential leadership text Extreme Ownership: How U.S. Navy SEALs Lead and Win. But don’t worry, even if you’re not a Navy SEAL — which I’m assuming roughly 97% of you aren’t — this book will provide you with a critical new understanding of what it means to be a leader. Based on the leadership principles presented in the book, we're highlighting 10 key qualities that every leader should aspire to have.

A good leader must be... 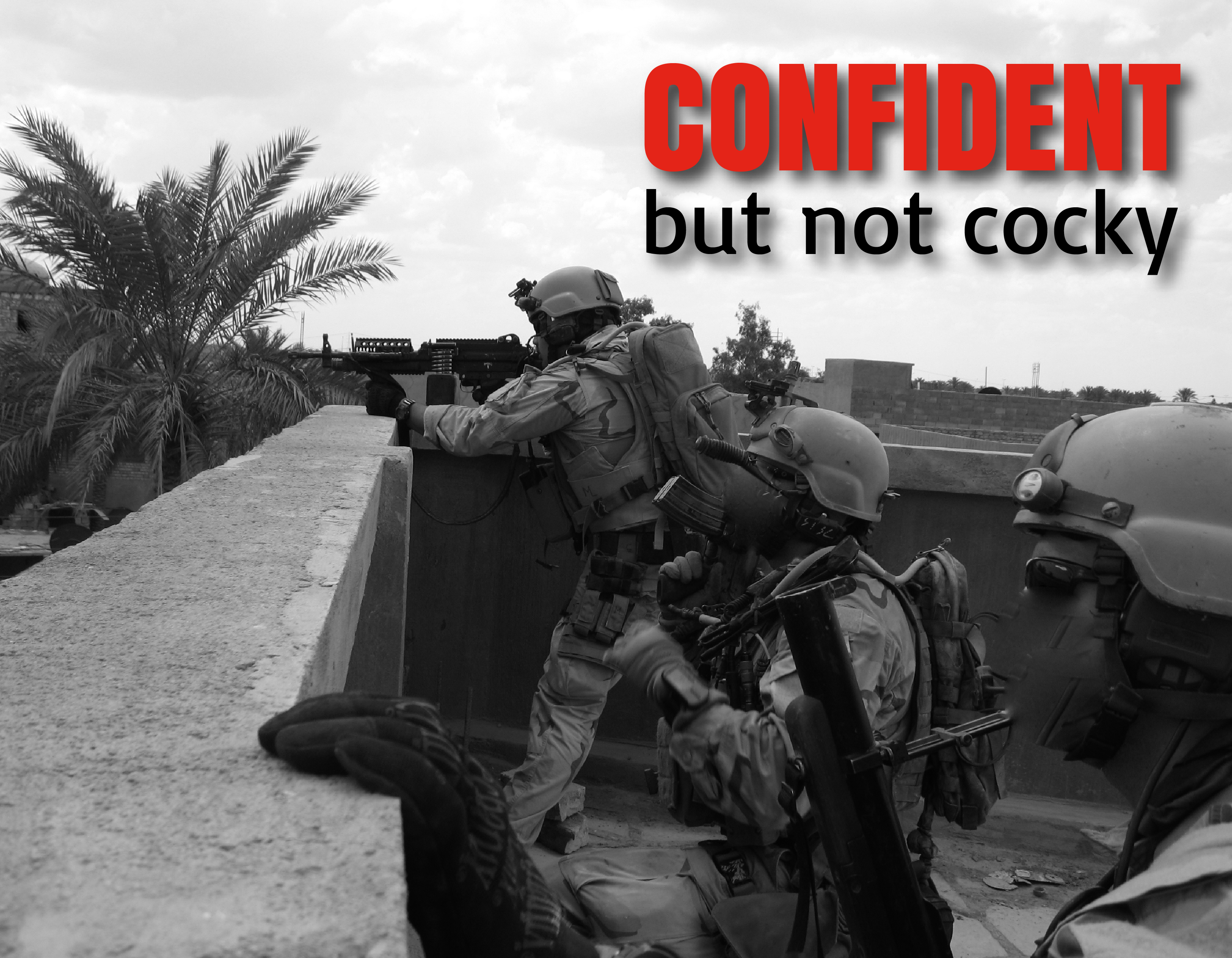 1. Confident but not cocky.
If you’re the leader of a team — the head honcho in other words — you might feel like you’re in some way superior to the rest of the group, which might lead to a bit of an attitude or ego. While it’s important to recognize that you’re in the leadership role for a reason, you don’t want to make your team feel lesser than you or feel like you’re holding your position over them. Instead, lead with a confident attitude that allows your team to trust in the decisions you’re making. 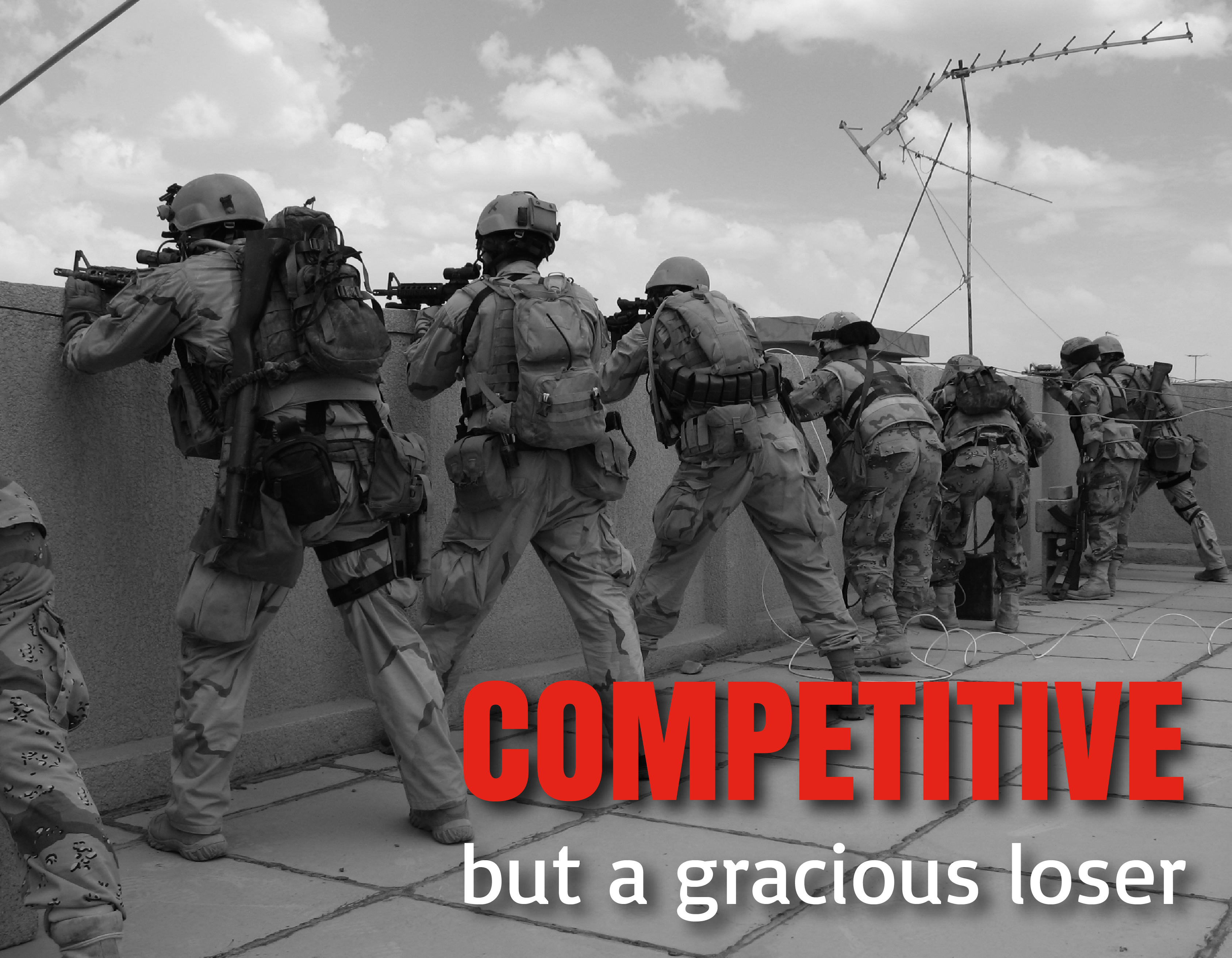 2. Competitive but a gracious loser.
As a leader, you should be working towards a goal that’s driven by some sense of competition. However, you and your team might not always come out the winners. So be sure to lead by example and learn from defeat when it happens. No one likes a sore loser — or a sore leader. 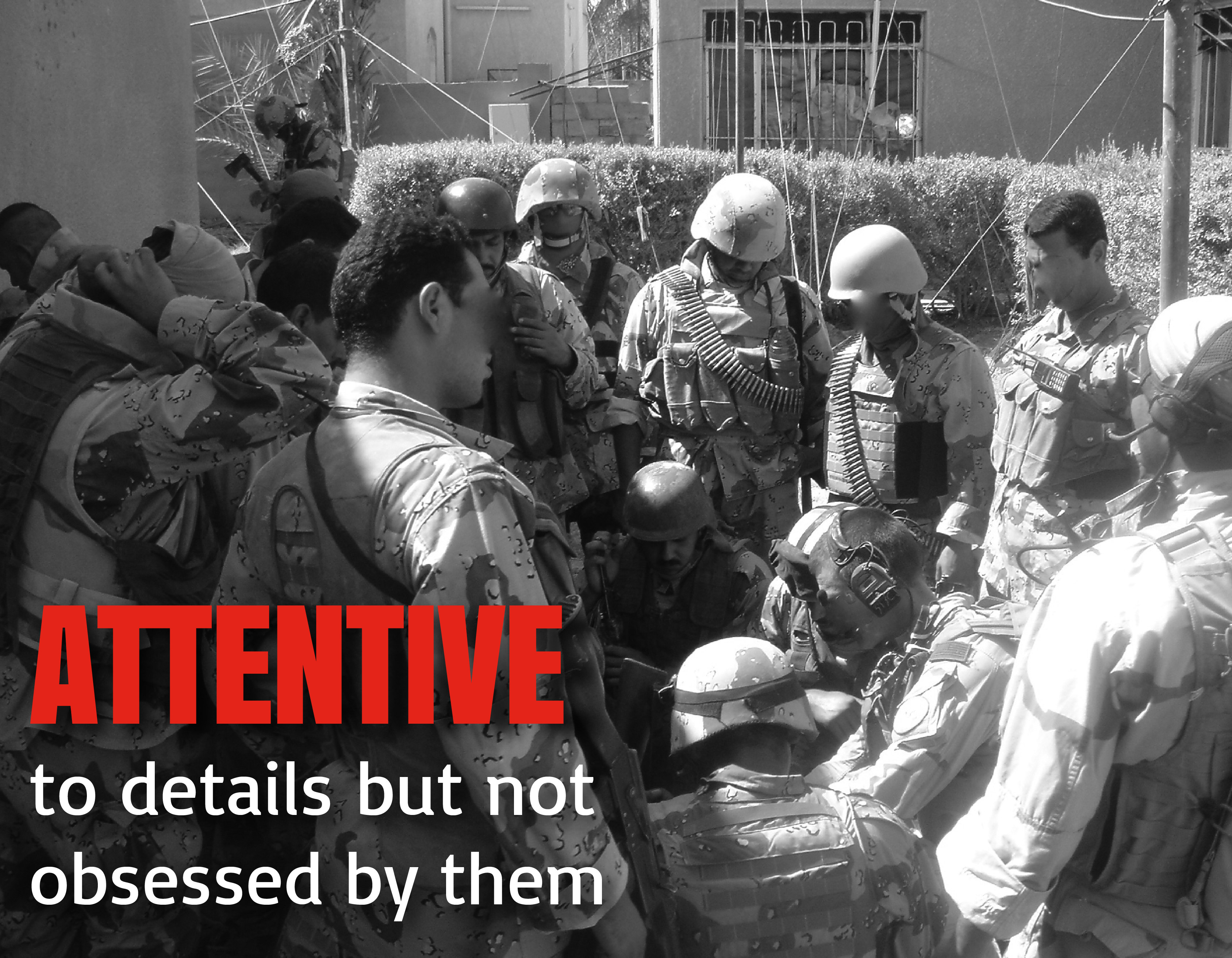 3. Attentive to details but not obsessed by them.
Details are important because ultimately, it’s the details that make up the bigger picture. Detail-oriented leaders are able to create a stronger whole by giving attention to particular areas where attention is due. At the same time, there are often so many details to any project that you can’t go over them all with a fine-tooth comb. Make sure to dedicate the right amount of energy to the smaller stuff. 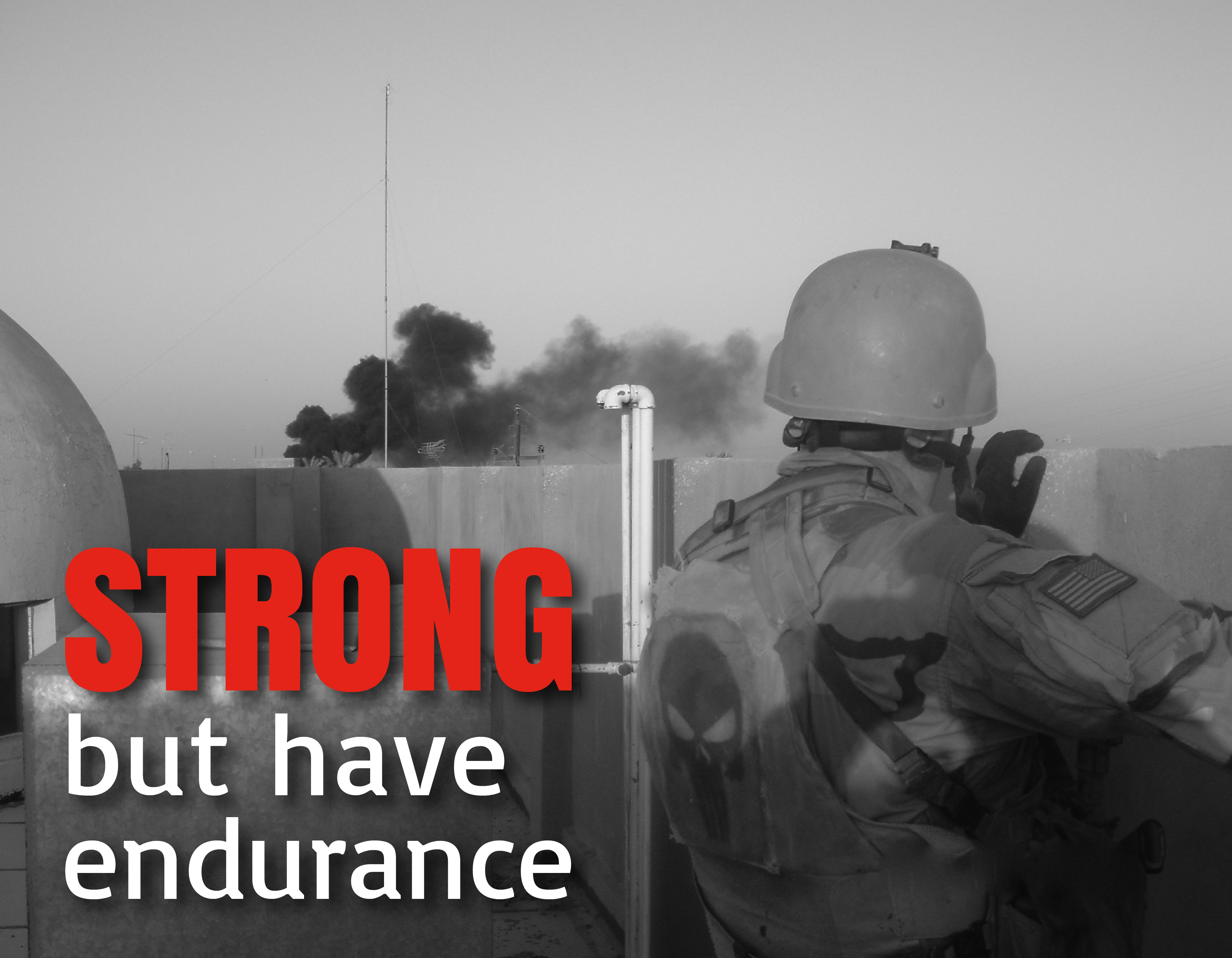 4. Strong but have endurance.
Picture the really toned guy at the gym. Now picture him holding up a huge weight. He can pick it up, but can he keep it there? As a leader you’re that big, meaty guy, but instead of a weight, you’re holding up your team. You need to make the strength last and keep your team's momentum going. 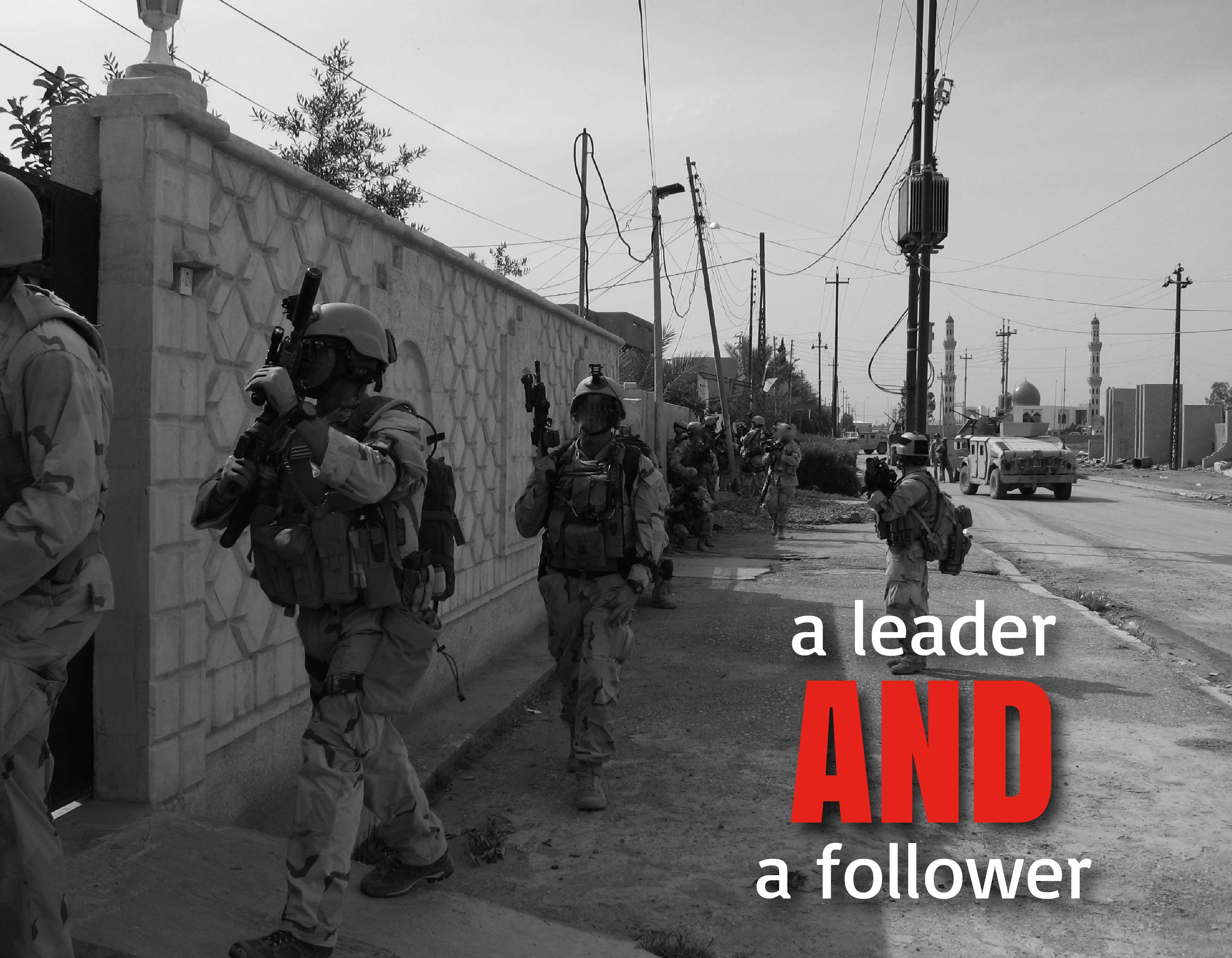 5. A leader and a follower.
Being a leader isn’t about being the head of the pack ALL the time. Hopefully you’re not the only person on your team with a really awesome skill set (because otherwise you might want to consider a new team). Leadership isn’t about always taking charge, but rather knowing the right moment to let others on your team step up and utilize their skills while you choose to be the follower. 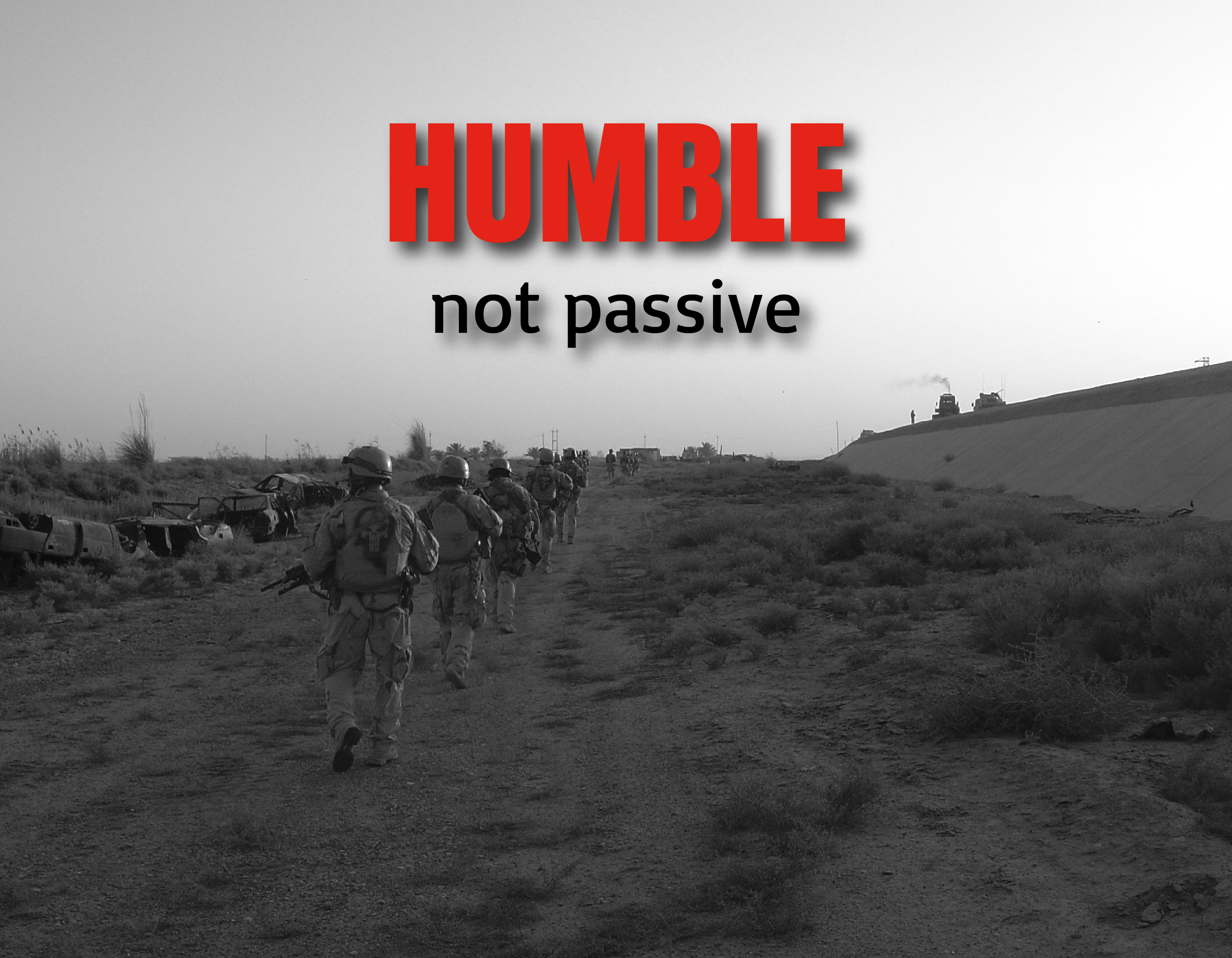 6. Humble but not passive.
Again, you don’t want to be the leader with a big ego that everyone resents. You want to be the leader that has talents and skills, but doesn’t flaunt or overwhelm your team with them. That doesn’t mean you should shy away from making decisions or establishing your authority as the leader — it’s about finding a balance between humility and taking action. 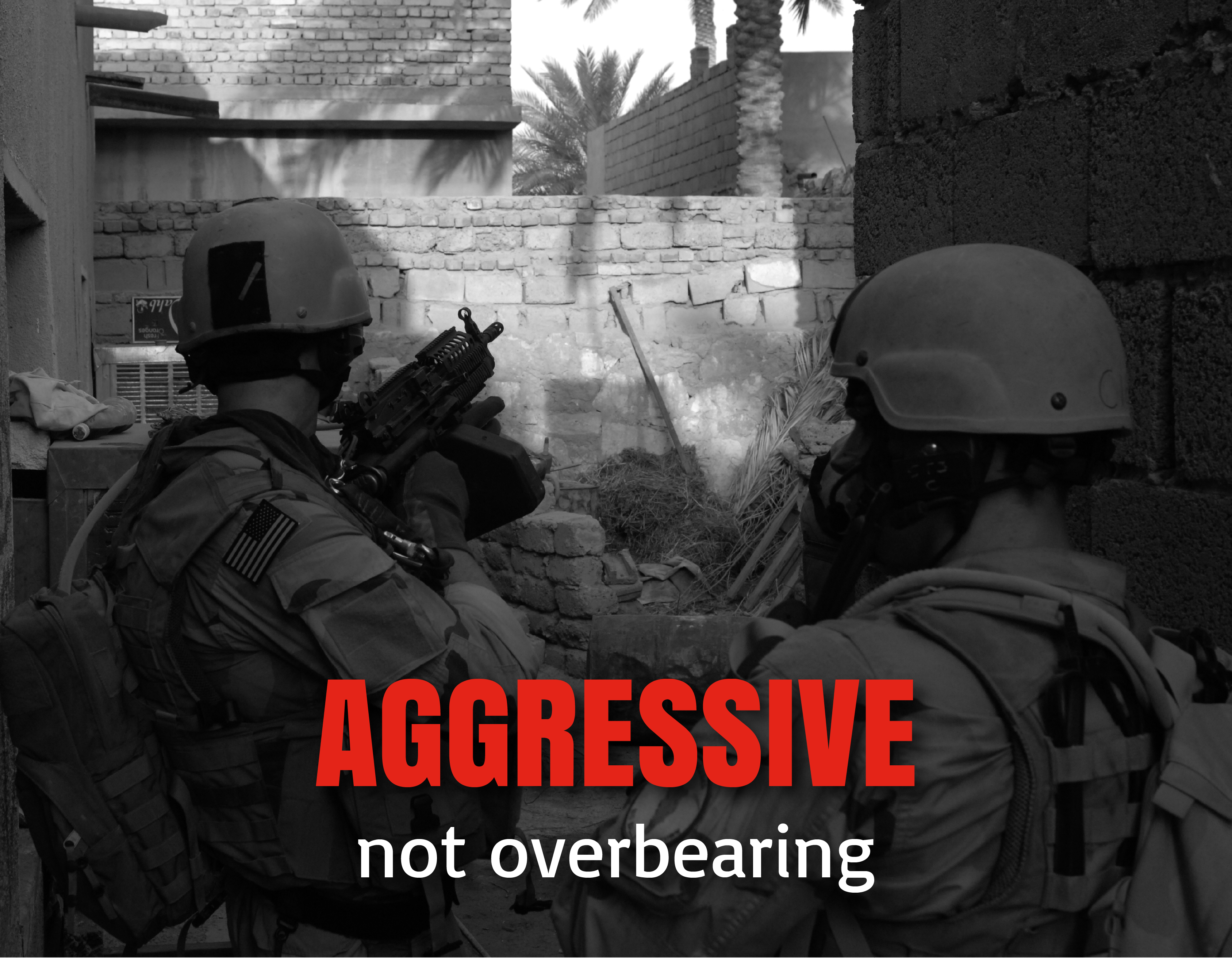 7. Aggressive not overbearing.
To get things accomplished, you need to be somewhat aggressive. This means that you need to clearly present your visions and goals, then ensure that your team is working together to accomplish them. Be careful not to be overly assertive or constantly hovering over your team's shoulder. Trust in your team, but also check in to see if there is anything you can do to help them move things along. 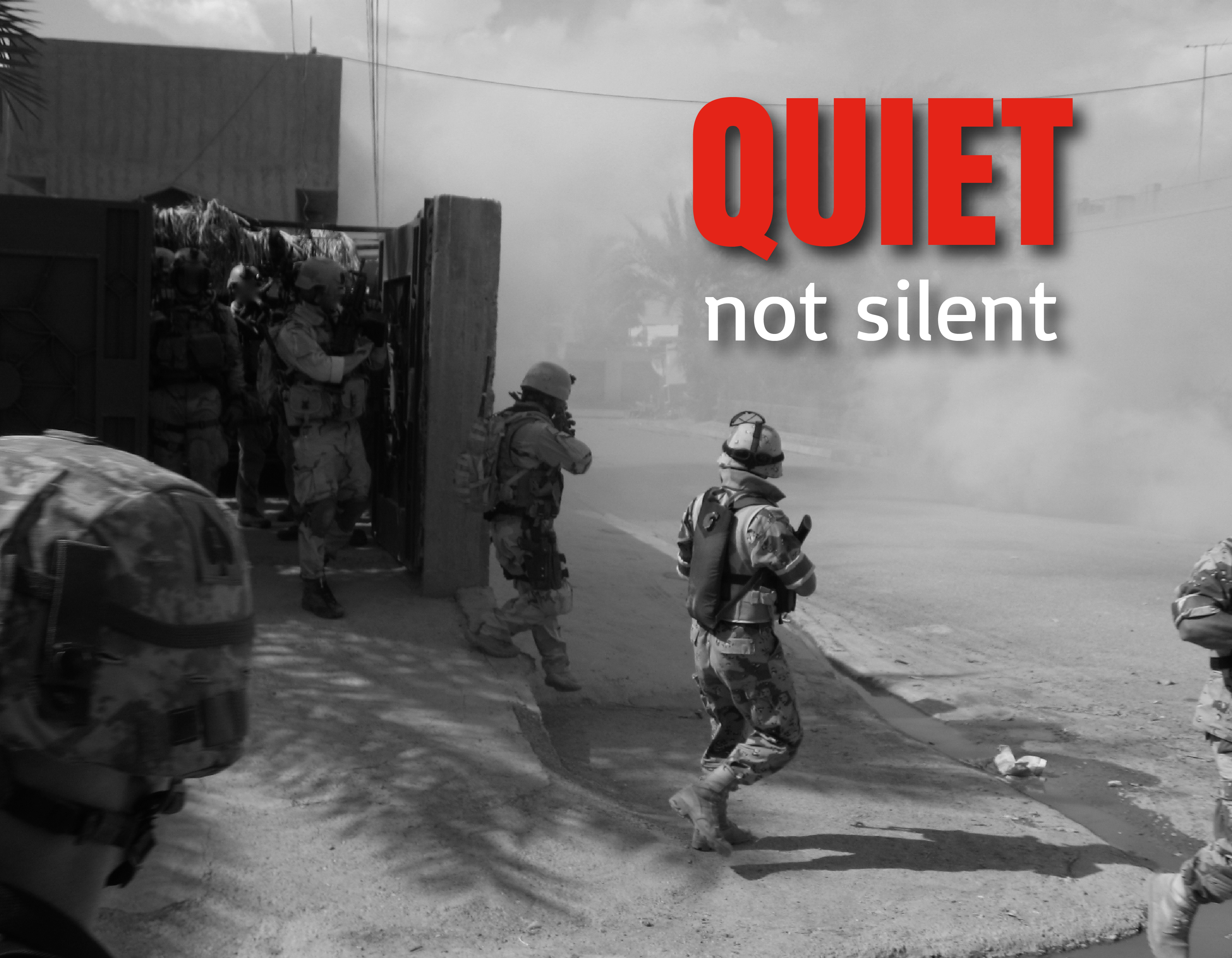 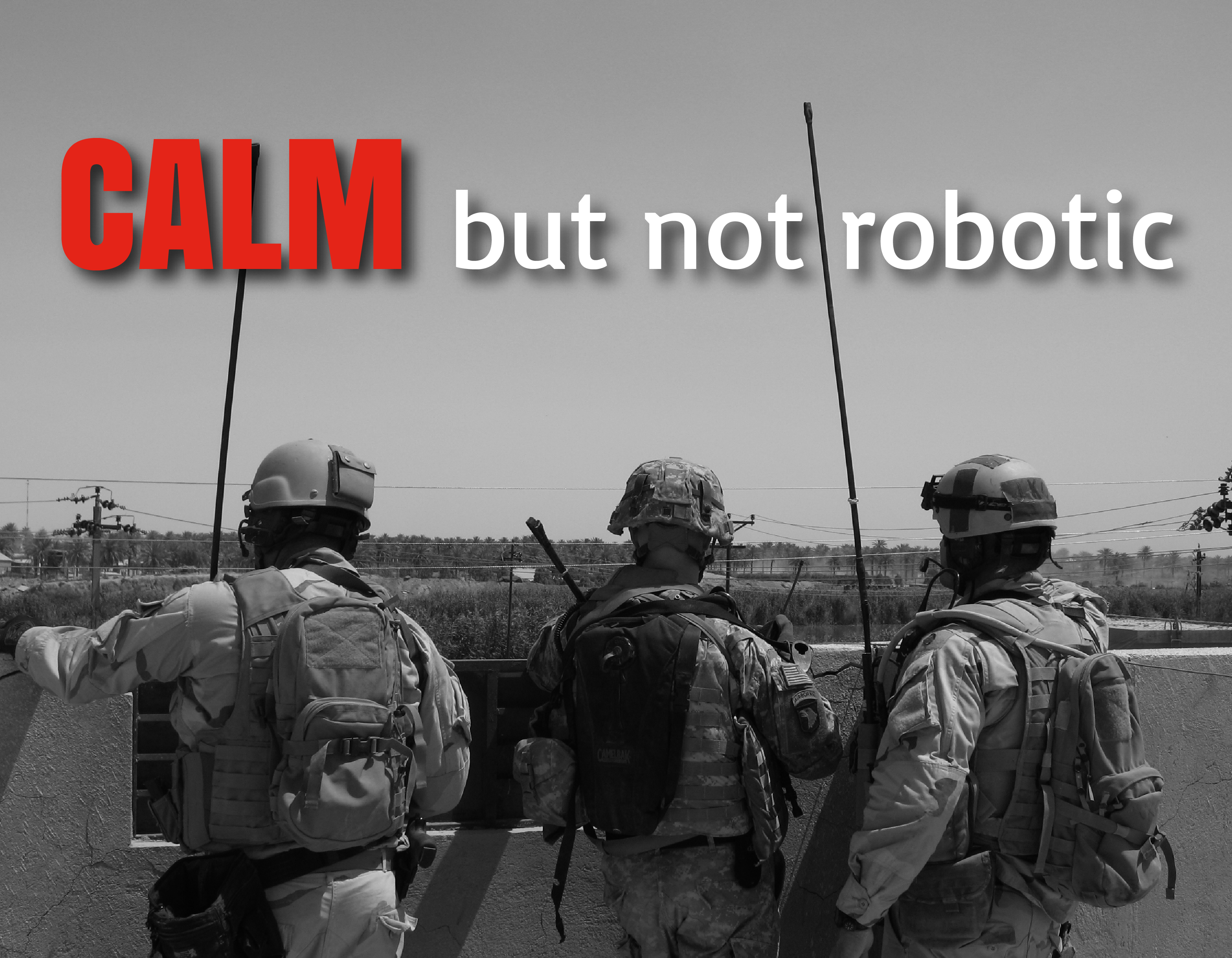 9. Calm but not robotic.
Particularly for Navy SEALs Willink and Babin, there were a lot of high-intensity, high-stress moments during combat. During situations with extreme pressures, as a leader, you need remain calm in order to keep your team calm. Willink and Babin also didn’t go through the same motions in robotic fashion every time they were in combat. They had to adapt to each new situation and put their hearts into what they were doing. 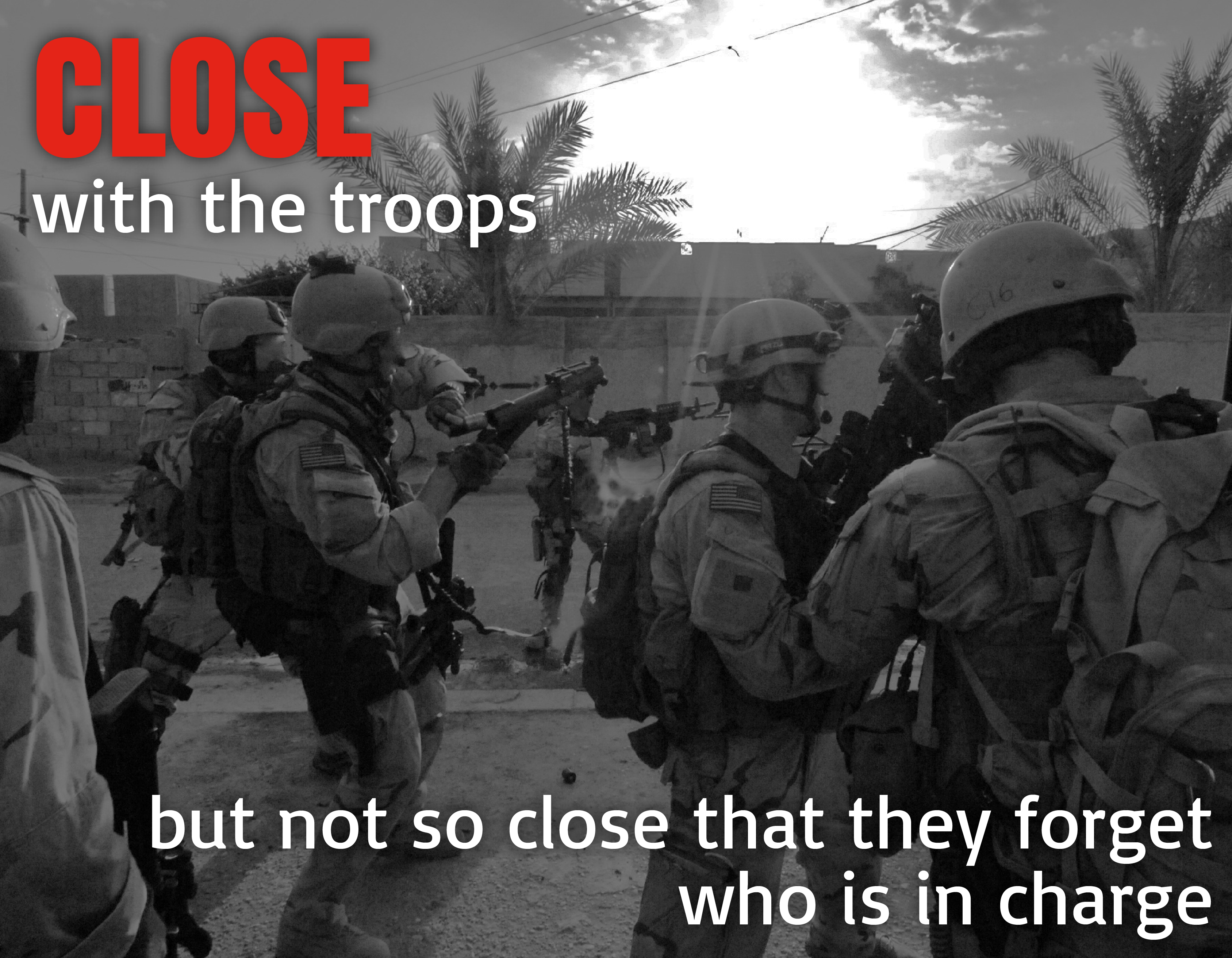 10. Close with the troops, but not so close they forget who is in charge.
No one likes a boss or leader who is stoic and looks down on them from the corner office. But in the same respect, no one wants a boss they don’t look up to or don't feel comfortable confiding in. Building camaraderie and a sense of understanding with a team is important. People want to feel comfortable enough with the person who’s leading them that they can come to them with concerns or questions because they know they’ll have valuable insight.

There is always room for growth when it comes to becoming a better leader, and Willink and Babin outline some of the most critical qualities every leader should continuously develop. Share their story with your organization by buying Extreme Ownership in bulk with BookPal.

10 Qualities of an Exceptional Leader — The Dichotomy of Leadership from Extreme Ownership: How U.S. Navy SEALs Lead and Win from BookPal