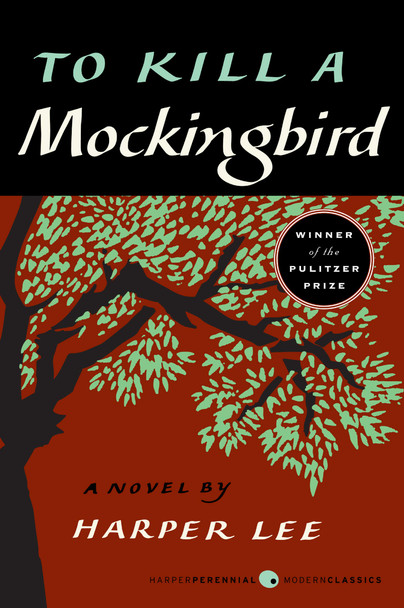 “To Kill a Mockingbird” by Harper Lee is a classic novel about a lawyer in the Deep South who is appointed to defend a black man accused of raping a white woman. Praised for its critical insights and unique point-of-view, “To Kill a Mockingbird” has won the Pulitzer Prize, been made into an Academy Award-winning film and been translated into more than 40 languages, selling over 30 million copies worldwide. Recently, it has been named the best novel of the 20th century by librarians across the country. “To Kill a Mockingbird” bulk is available at wholesale prices from BookPal.

This American novel tells the story of Scout, Jem and Atticus Finch in Maycomb, Alabama. After Atticus Finch is appointed to defend Tom Robinson, the black man charged with raping a young white woman, Mayella Ewell, the Finch’s lives change forever as the court case shakes the very roots of small Southern town.

In this deeply compelling and dramatic novel, Lee confronts the social issues she personally witnessed as a child in Monroeville, Alabama, her hometown. She brings to light issues of race, class, justice and equality.

The book, To Kill a Mockingbird ( 50th Anniversary ) [Bulk, Wholesale, Quantity] ISBN# 9780060935467 in Paperback by Lee, Harper may be ordered in bulk quantities. Minimum starts at 25 copies. Availability based on publisher status and quantity being ordered.
View AllClose

Matar a Un Ruisenor (to Kill a Mockingbird - Spanish Edition)

To Kill a Mockingbird: An Instructional Guide for Literature

MSRP:
Now: $9.99
Was:
Introduce students to this classic novel by completing fun, challenging activities and lessons and encourage them to explore social issues within the story as well as make connections to current and...

To Kill a Mockingbird Slipcased Edition

MSRP:
Now: $35.00
Was:
“To Kill a Mockingbird” is Harper Lee’s Pulitzer Prize-winning success. The novel, praised as an American classic, has sold over 30 million print copies worldwide and has been translated into over 40...

To Kill a Mockingbird: A Graphic Novel

MSRP:
Now: $23.99
Was:
A beautifully crafted graphic novel adaptation of Harper Lee’s beloved, Pulitzer prize–winning American classic. "Shoot all the bluejays you want, if you can hit ‘em, but remember it’s a sin to kill...

To Kill a Mockingbird

MSRP:
Now: $26.99
Was:
“Remember, it’s a sin to kill a mockingbird.” The American classic “To Kill a Mockingbird” by Harper Lee celebrates its 50th anniversary with a special edition hardcover! First published in 1960,...

MSRP:
Now: $13.01
Was:
The Mid Size Tuscon Journal is your go-to promotional journal. Equipped with a back pocket, a pen loop and an elastic closure, these custom hardcover journals make note taking easy. Because of its...

To Kill a Mockingbird

MSRP:
Now: $26.99
Was:
“Remember, it’s a sin to kill a mockingbird.” The American classic “To Kill a Mockingbird” by Harper Lee celebrates its 50th anniversary with a special edition hardcover! First published in 1960,...

MSRP:
Now: $28.99
Was:
Now with a new foreword, FAQ, and a specific section on how to give a radically candid performance review comes the revised edition of Radical Candor, a New York Times and Wall Street Journal...

MSRP:
Now: $24.95
Was:
The ultimate gift for the food lover. In the same way that 1,000 Places to See Before You Die reinvented the travel book, 1,000 Foods to Eat Before You Die is a joyous, informative, dazzling,...

MSRP:
Now: $16.95
Was:
A National Book Award Finalist A PEN/Faulkner Award Finalist In her fourth novel, bestselling author Emily St. John Mandel tells a story about the relationships that sustain us, the fleeting...

MSRP:
Now: $28.00
Was:
Full of empowering wisdom from one of Silicon Valley's first female African American CEOs, this inspiring leadership book for readers of Dare to Lead and Start with Why offers a blueprint for how to...

Skip the Line: The 10,000 Experiments Rule and Other Surprising Advice for Reaching Your Goals

MSRP:
Now: $29.99
Was:
The entrepreneur, angel investor, and bestselling author of Choose Yourself busts the 10,000-hour rule of achieving mastery, offering a new mindset and dozens of techniques that will inspire any...