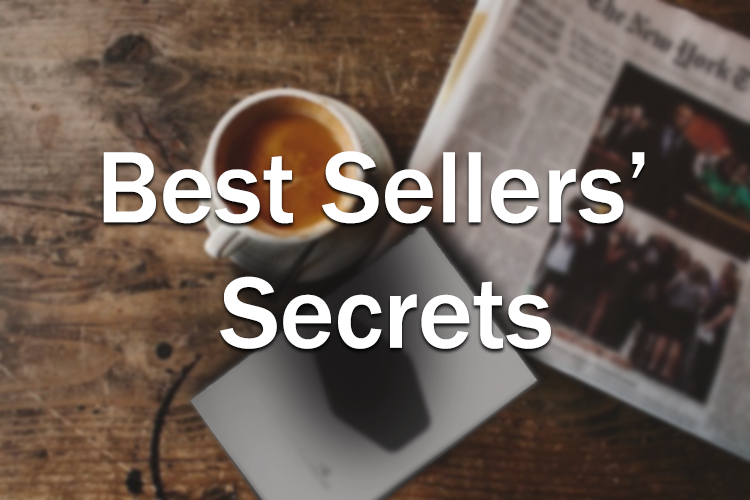 How best seller lists really work and tips for getting your book(s) on them!

There are a number of trusted best seller lists — The New York Times, The Wall Street Journal, USA Today, among others — that collect data about books on the market. This data is compiled sometimes weekly, sometimes monthly, and they result in what consumers now know as the “Best Seller” lists. But what data are these organizations collecting? How are they analyzing the numbers and how is a best seller chosen? And ultimately, how do you get your books on the best seller lists?

The first step in understanding the best seller lists is to understand how they are constructed.  Let’s use the NY Times’ list as an example. There are several categories within this list, such as business, non-fiction, young adult, etc. Along with the various categories, The New York Times divides its lists into “Weekly” and “Monthly.” The weekly lists compile sales from the previous week only. If a book comes out on a Tuesday, its sales will be reported the following Monday and the list will be released online on Wednesday. The list is released in print on Sunday issues of the newspaper. Is this a bit confusing? Let’s look at an example:

A book coming out on Tuesday, June 6th would be reported on Monday, June 12th (including pre-release sales). The New York Times list will appear online reporting sales between June 4th through June 10th on Wednesday, June 14th. The list will print in the paper on Sunday, June 17th.

The monthly best seller lists for June 2017 reflects total sales for May 2017.

Monthly lists are usually capped at 10 titles with only three categories: Business, Science, and Sports & Fitness. Categories and titles that are not tracked include: perennial sellers, required classroom reading, textbooks, reference and test preparation guides, ebooks available exclusively from a single vendor, journals, workbooks, calorie counters, shopping guides, periodicals, and crossword puzzles. If a book falls into more than one category, The New York Times will classify the best seller into whichever category they see fit.

So now that you know what the best seller lists are and when they will appear, you must be curious as to where the mysterious data that controls your title’s future come from. The New York Times and USA Today collect their information directly from stores and online retailers that submit their weekly sales. The Wall Street Journal takes its information from Nielsen BookScan, which represents about 80% of all book outlets in America. The list creators like to have a broad representation of reporting venues, so you’ll see numbers coming from Amazon and Barnes & Noble, smaller independent bookstores as well as grocery stores, airports, and wholesale clubs.

After all these numbers are gathered, how is are best sellers chosen? It’s a secret! This may sound anticlimactic, but all of the major list creators are very secretive when it comes to the “best seller formula” so as to preserve the best sellers lists’ integrities. From what we can determine, they look at a variety of factors — total number of copies sold, comparing sales to other books in the same category releasing that week, the number of stores who are selling the book across the country, and the number of books that are actually moving out of the publisher’s warehouse at a constant rate.

What’s this about a “bulk dagger” on The New York Times best seller list? It sounds ominous, but it is just a little marker that goes on the NY Times Best Seller list next to titles that report bulk sales.  There’s also some fine print at the very bottom of the list explaining this. That being said, it’s very unlikely that a book that reports only bulk sales will make the list. You really need to have great retail sales in your category and bulk is a supplement to those sales.

This is all great if you’re gunning for a spot on a best sellers list, but if you’re not, why bother reporting? Consider that reporting sales helps authors and publishers keep track of a title’s total sales. This information proves especially important for authors planning on negotiating more book deals in the future.

Have we convinced you? Are you ready to report? Here’s how BookPal reports every Monday for the previous week: when the site is open for reporting, we pull our sales out of our system, add back in any pre-orders, and upload it to the lists. We add our pre-orders because they count towards the book’s release week. The lists don’t track before that. Why? Without an actual book, there’s no sale. There are instances when brick and mortar stores don’t sell books ahead of time and many online orders can be canceled. Because we’re an online store, we pull out all pre-orders and pop them back into the system after the book has been released.

All of this information can be quite hard to understand due to its abstract nature so we’ve provided an infographic below for your viewing pleasure!

Infographic: How to get on best seller lists

Copy this Code to Share This on Your Own Blog

This post and infographic was created by Shelly Leung, the marketing associate at BookPal. She is currently reading Radical Candor by Kim Scott and Why People Photograph by Robert Adams.