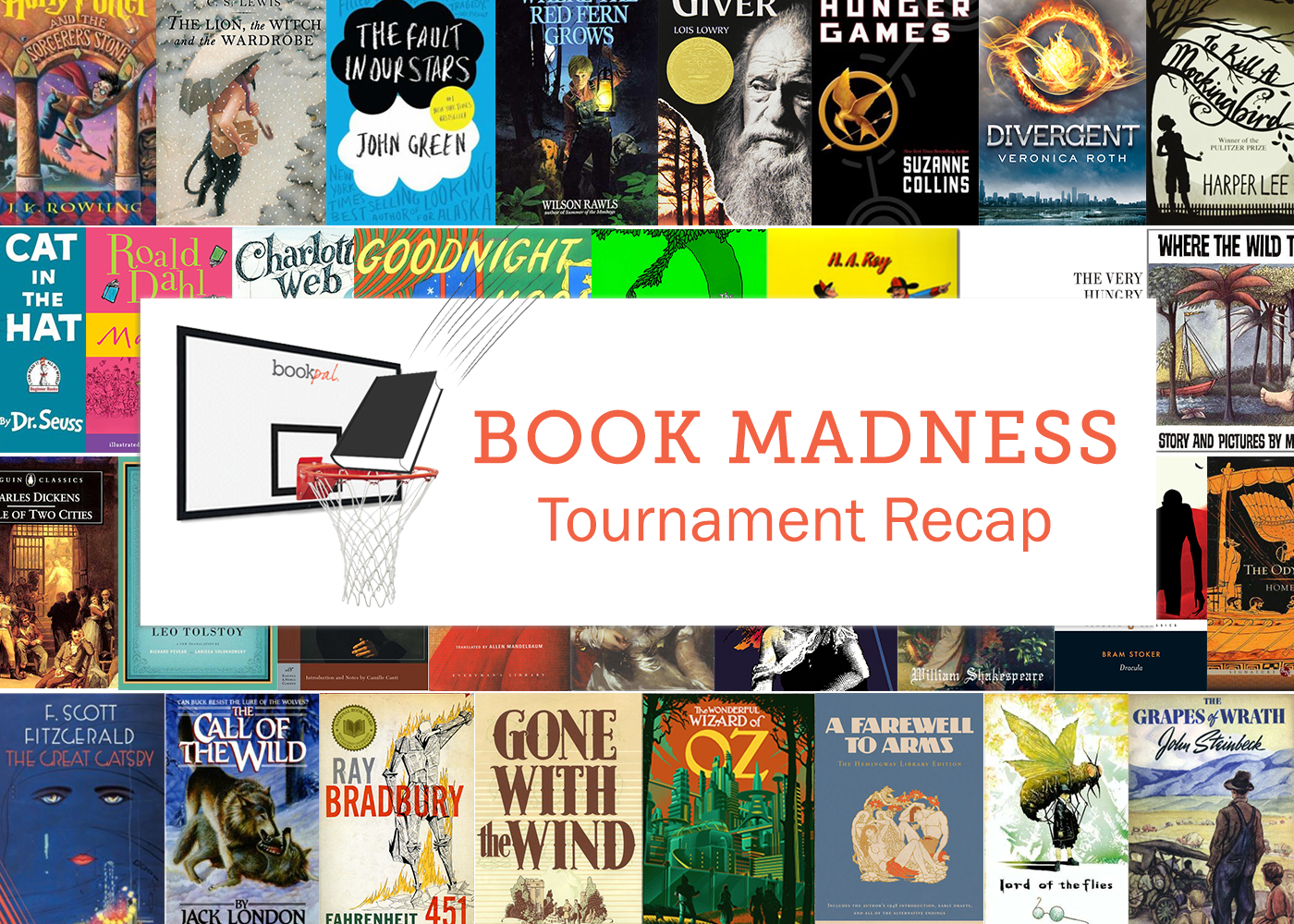 Read about the most exciting matchups and shocking upsets of Book Madness!

BookPal's 1st annual book-themed tournament, Book Madness, has come to an end. Along the way, we've seen tons of surprising upsets and exciting fairy-tale runs. A lot has happened since the initial round of 64 seeds, so we're spotlighting the best matchups in our tournament recap.

Many of our top-seeded books made it into the regional semifinals. As expected, #1 seeds Harry Potter & the Sorcerer's Stone and The Great Gatsby were regional finalists. #2-seed The Odyssey also had a great run until it was beat out by #4-seed Pride & Prejudice in the regional finals.

#11-seed The Wonderful Wizard of Oz had an stunning fairy-tale run to the Book Madness semifinals. Along the way, the book beat out #10-seed Lord of the Flies, #6-seed 1984, #3-seed A Farewell to Arms and — most surprisingly — the #1 seed of the Hemingway region, The Great Gatsby! Though it fell to the Dickens region's #4 seeded Pride & Prejudice, The Wonderful Wizard of Oz surprised many with its incredible journey.

Most of the matchups with the biggest margins of victory occurred in the Seuss region. As noted in our 1st Round Highlights post, #2-seed Where the Wild Things Are garnered 42 points, beating out #15-seed The Rainbow Fish by 22 points. Later in the regional semifinals, #6-seed The Giving Tree won 34 votes, 20 more votes than its opponent, #10 seeded The Very Hungry Caterpillar.

Book Madness was littered with close matchups. Most notably, Rowling region's #2 seed, To Kill a Mockingbird, won against #1 seeded Harry Potter and the Sorcerer's Stone by a single point. More exciting was Hemingway region's #11 seed (The Wonderful Wizard of Oz) matchup against #1-seed The Great Gatsby, where the former came out on top by one vote.

The final matchup of Book Madness (#2 Rowling To Kill a Mockingbird vs. #4 Dickens Pride & Prejudice) started out strong when voting began on Friday, April 3. Within the 24 hours of the championship matchup, more than 50 votes were cast. The championship game had a grand total of 77 votes, with 52 votes for To Kill a Mockingbird and 25 votes for Pride & Prejudice —making it the 2nd most voted for matchup in Book Madness! (The Where the Wild Things Are vs. The Rainbow Fish matchup had a total of 62 votes.) 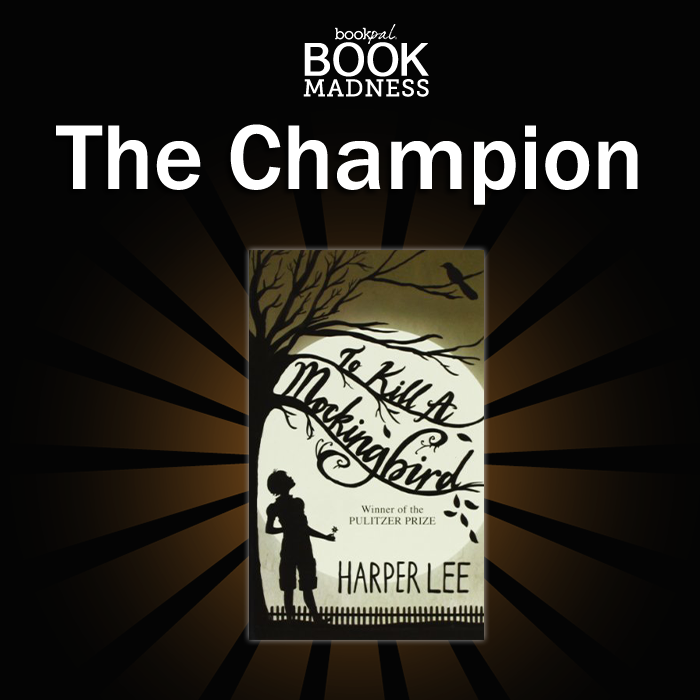