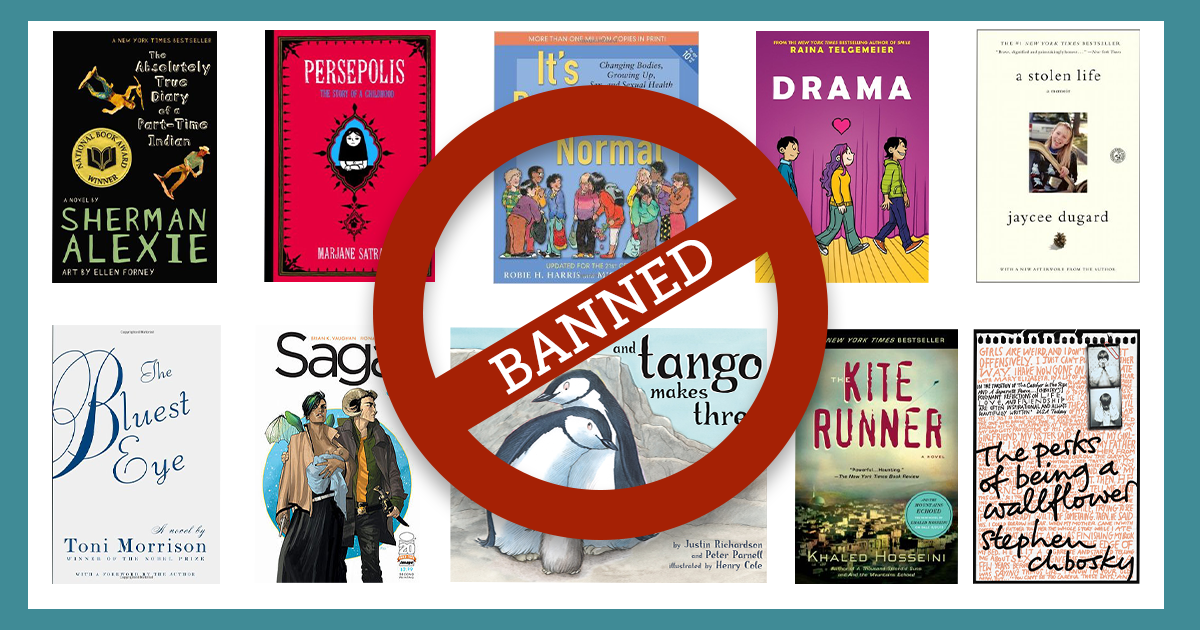 8. The Perks of Being a Wallflower by Stephen Chbosky
Reasons: drugs/alcohol/smoking, homosexuality, offensive language, sexually explicit, unsuited for age group.

Banning and challenging books is often associated with the themes of censorship and intellectual freedom. What are your thoughts on this? Tell us by leaving a comment below!