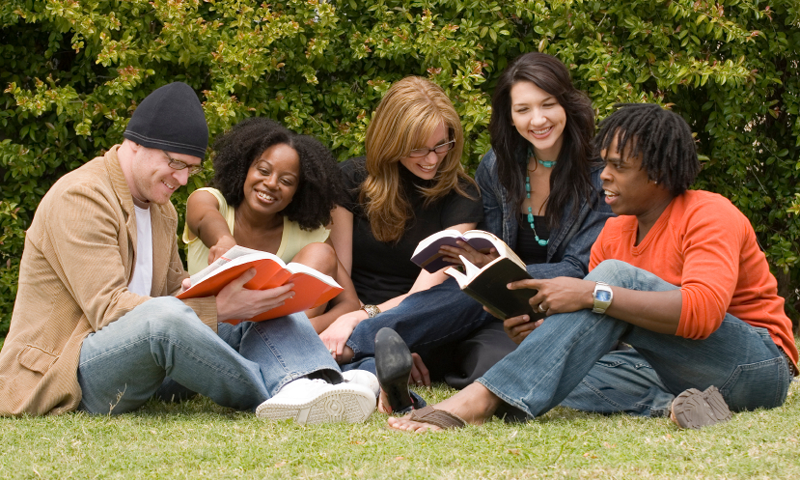 These are the top 25 books recommended by publishers for First Year Experience programs.

1. The Best We Could Do: An Illustrated Memoir by Thi Bui

This beautifully illustrated and emotional story is an evocative memoir about the search for a better future and a longing for the past. Exploring the anguish of immigration and the lasting effects that displacement has on a child and her family, Bui documents the story of her family's daring escape after the fall of South Vietnam in the 1970s, and the difficulties they faced building new lives for themselves.

2. No Ashes in the Fire: Coming of Age Black and Free in America by Darnell L. Moore

From a leading journalist and activist comes a brave, beautifully wrought memoir. No Ashes in the Fire is a story of beauty and hope — and an honest reckoning with family, place, and what it means to be free.

3. Another Day in the Death of America: A Chronicle of Ten Short Lives by Gary Younge

This powerful and moving work puts a human face — a child's face — on the "collateral damage" of gun deaths across the country. This is not a book about gun control, but about what happens in a country where it does not exist. What emerges in these pages is a searing and urgent portrait of youth, family, and firearms in America today.

4. Fair Shot: Rethinking Inequality and How We Earn by Chris Hughes

Facebook co-founder Chris Hughes argues that the best way to fight income inequality is with a radically simple idea: a guaranteed income for working people, paid for by the one percent. This book, grounded in Hughes's personal experience, will start a frank conversation about how we earn money in modern America, how we can combat income inequality, and ultimately, how we can give everyone a fair shot.

5. Hillbilly Elegy: A Memoir of a Family and Culture in Crisis by J.D. Vance

A deeply moving memoir with its share of humor and vividly colorful figures, Hillbilly Elegy is the story of the decline of the white working class. And it is an urgent and troubling meditation on the loss of the American dream for a large segment of this country.

1. The Underground Railroad by Colson Whitehead

Whitehead brilliantly re-creates the terrors of the antebellum era and weaves in the saga of our nation, from the brutal abduction of Africans to the unfulfilled promises of the present day. The Underground Railroad is both the gripping tale of one woman’s will to escape the horrors of bondage—and a powerful meditation on American history.

2. Behold the Dreamers by Imbolo Mbue

This novel about marriage, immigration, class, race, and the trapdoors in the American Dream tells the story of a young Cameroonian couple making a new life in New York just as the Great Recession upends the economy.

3. The Handmaid's Tale by Margaret Atwood

A look at the near future presents the story of Offred, a Handmaid in the Republic of Gilead, once the United States, an oppressive world where women are no longer allowed to read and are valued only as long as they are viable for reproduction. Funny, unexpected, horrifying, and altogether convincing, The Handmaid's Tale is at once severe satire, dire warning, and literary tour de force.

Never Let Me Go breaks through the boundaries of the literary novel. It is a gripping mystery, a beautiful love story, and also a scathing critique of human arrogance and a moral examination of how we treat the vulnerable and different in our society. In exploring the themes of memory and the impact of the past, Ishiguro takes on the idea of a possible future to create his most moving and powerful book to date.

Achebe's first novel portrays the collision of African and European cultures in people's lives. Okonkwo, a great man in Igbo traditional society, cannot adapt to the profound changes brought about by British colonial rule. Yet, as in classic tragedy, Okonkwo's downfall results from his own character as well as from external forces.

Invisible Man, Got the Whole World Watching documents how public milestones have challenged cultural notions of black manhood. Part memoir, part political tract, this book is an unprecedented and intimate glimpse into what it means to be young, black, and male in America today—and what it means to be treated as a human in a society dependent on your subjugation.

2. Acts of Faith: The Story of an American Muslim, the Struggle for the Soul of a Generation by Eboo Patel

Acts of Faith is a remarkable account from one of the most prominent faith leaders in the United States about growing up Muslim in America and coming to believe in religious pluralism. Eboo Patel's story is a hopeful and moving testament to the power and passion of young people — and of the world-changing potential of an interfaith youth movement.

3. A Hope in the Unseen: An American Odyssey from the Inner City to the Ivy League by Ron Suskind

Ron Suskind tells the story of Cedric Jennings, an African-American teenager who is ferociously determined to study his way out of the inner city and get his piece of the American dream. Suskind follows Jennings from his early years in high school through his first year at Brown University.

4. How Does it Feel to Be a Problem?: Being Young and Arab in America by Moustafa Bayoumi

In prose that is at once blunt and lyrical, Bayoumi presents the story of how young Arab and Muslim Americans are forging lives for themselves in a country that often mistakes them for the enemy. He takes readers into the lives of seven twenty-somethings living in Brooklyn, moving beyond stereotypes and clichés to reveal their often unseen struggles.

Based on the Pulitzer Prize-winning Los Angeles Times articles, Enrique's Journey is a timeless story of families torn apart, the yearning to be together again, and a boy who will risk his life to find the mother he loves. This astonishing narrative that puts a human face on the ongoing debate about immigration reform in the United States.

1. The Fire This Time: A New Generation Speaks about Race by Jesmyn Ward

This New York Times bestseller brings together the most important voices of a new generation to speak on racism. Eighteen essays and poems make up this collection that shines a light on the past, present, and future of American race relations.

2. Evicted: Poverty and Profit in the American City by Matthew Desmond

Take a peek into one of the most urgent issues facing America today: extreme poverty and economic exploitation. Desmond takes the reader to the poorest neighborhoods of Milwaukee to tell the story of eight families on the edge.

3. When They Call You a Terrorist: A Black Lives Matter Memoir by Patrisse Khan-Cullors and asha bandele

Patrisse Khan-Cullors has been called a terrorist and a threat to America. In truth, she is a loving woman whose life experiences have led her to seek justice for those victimized by people in power. With the help of co-author asha bandele, this book seeks to change the culture that declares innocent black life expendable.

5. Truth Doesn't Have a Side: My Alarming Discovery about the Danger of Contact Sports by Bennet Omalu

Truth Doesn't Have a Side follows the journey of neuropathologist Dr. Bennet Omalu, who uncovered the truth about brain damage in American football players, and his battle against those who would silence him. It's an incredible story that could change the course of sports culture.

Geobiologist Hope Jahren has spent her life studying trees, flowers, seeds, and soil. Lab Girl is her revelatory treatise on plant life — but it is also a celebration of the lifelong curiosity, humility, and passion that drive every scientist.

2. Life 3.0: Being Human in the Age of Artificial Intelligence by Max Tegmark

How will Artificial Intelligence affect crime, war, justice, jobs, society and our very sense of being human? The rise of AI has the potential to transform our future more than any other technology — and there's nobody better qualified or situated to explore that future than Max Tegmark, an MIT professor who's helped mainstream research on how to keep AI beneficial.

Tracing the arc of a person's life, O'Neil exposes the black box models that shape our future, both as individuals and as a society. These "weapons of math destruction" score teachers and students, sort résumés, grant (or deny) loans, evaluate workers, target voters, set parole, and monitor our health. O'Neil calls on modelers to take more responsibility for their algorithms and on policymakers to regulate their use.

4. Endurance: My Year in Space, a Lifetime of Discovery by Scott Kelly

A stunning, personal memoir from the astronaut and modern-day hero who spent a record-breaking year aboard the International Space Station, Endurance is a message of hope for the future that will inspire for generations to come.

5. The Future of Humanity: Terraforming Mars, Interstellar Travel, Immortality, and Our Destiny Beyond Earth by Michio Kaku

Formerly the domain of fiction, moving human civilization to the stars is increasingly becoming a scientific possibility — and a necessity. Whether in the near future due to climate change and the depletion of finite resources, or in the distant future due to catastrophic cosmological events, we must face the reality that humans will one day need to leave planet Earth to survive as a species. Kaku explores the process by which humanity may gradually move away from the planet and develop a sustainable civilization in outer space.

Need inspiration? Read about Northwestern University's One Book One Northwestern program and see how they engage their entire campus with a single book. Thinking of starting your own program? Contact us and we'd be happy to help you choose the best book for your school!

This post was written by Megan Habel, the marketing associate at BookPal. She is currently reading A Wrinkle in Time by Madeleine L'Engle.