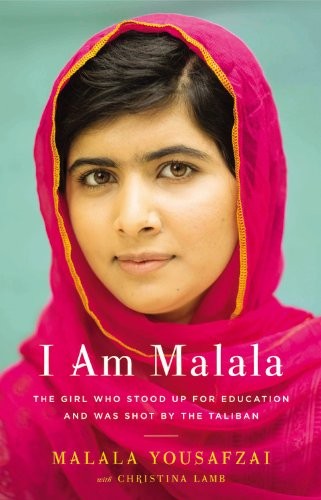 "We are human beings and this is part of our human nature, that we don't learn the importance of anything until it is snatched from our hands."~ Malala Yousafzai

Everybody is talking about 16-year-old Malala Yousafzai. If you own a television or a computer you have surely heard her name. Who exactly is this girl and why has she made such a strong impression on the public?

Malala became an educational activist at a the young age of 11 when she started speaking up for women's rights for education in Pakistan. The Taliban had banned women in her town from attending school and she decided to do something about it. In return, a Taliban gunmen shot her in the head while on the way home from school in October 2012. Over a year later Malala has fully recovered from the shooting. She continues to speak out and fight rather than hide in fear. A few days ago Malala met with Jon Stewart on the Daily Show. During the interview she explains what ignited her passion for education and why it is such powerful tool for women. To watch the entire interview click here.

Rarely does a person come along with such passion and bravery as Malala. Compared to the likes of Nelson Mandela and Desmond Tutu, Malala is a true inspiration and living proof of the power of nonviolence. She is also the youngest person ever to be nominated for a Nobel Peace Prize. Although Malala did not win the award, she has won over the hearts of America.

To learn more about Malala's cause and her story, purchase her book I am Malala, available in bulk at Book-Pal.com.