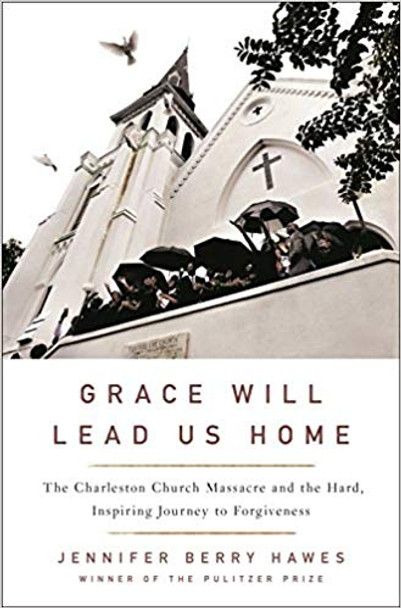 A deeply moving work of narrative nonfiction on the tragic shootings at the Mother Emanuel AME church in Charleston, South Carolina.

On June 17, 2015, twelve members of the historically black Emanuel AME Church in Charleston, South Carolina welcomed a young white man to their evening Bible study. He arrived with a pistol, 88 bullets, and hopes of starting a race war. Dylann Roof’s massacre of nine innocents during their closing prayer horrified the nation. Two days later, some relatives of the dead stood at Roof’s hearing and said, “I forgive you.” That grace offered the country a hopeful ending to an awful story. But for the survivors and victims’ families, the journey had just begun.

In Grace Will Lead Us Home, Pulitzer Prize-winning journalist Jennifer Berry Hawes provides a definitive account of the tragedy’s aftermath. With unprecedented access to the grieving families and other key figures, Hawes offers a nuanced and moving portrait of the events and emotions that emerged in the massacre’s wake.

The two adult survivors of the shooting begin to make sense of their lives again. Rifts form between some of the victims’ families and the church. A group of relatives fights to end gun violence, capturing the attention of President Obama. And a city in the Deep South must confront its racist past. This is the story of how, beyond the headlines, a community of people begins to heal.

An unforgettable and deeply human portrait of grief, faith, and forgiveness, Grace Will Lead Us Home is destined to be a classic in the finest tradition of journalism.

The book, Grace Will Lead Us Home: The Charleston Church Massacre and the Hard, Inspiring Journey to Forgiveness [Bulk, Wholesale, Quantity] ISBN# 9781250117762 in Hardcover by Jennifer Berry Hawes may be ordered in bulk quantities. Minimum starts at 25 copies. Availability based on publisher status and quantity being ordered.

Breaking Night: A Memoir of Forgiveness, Survival, and My Journey from Homeless to Harvard

MSRP:
Now:
As low as
Was:
Breaking Night" Urban slang for: staying up through the night, until the sun rises "Breaking Night reads more like an adventure story than an addiction-morality tale. It's a white-knuckle account of...

Designed to Lead: The Church and Leadership Development

MSRP:
Now:
As low as
Was:
Most churches merely exist. Many churches do not develop leaders intentionally and consistently. When leaders emerge from some churches, it is often by accident. Something is missing. Something is...

MSRP:
Now:
As low as
Was:
For fans of Susan Cain's Quiet, a guide to the role of solitude in good leadership, including profiles of historical and contemporary figures who have used solitude to lead with courage, creativity,...

Strength in What Remains: A Journey of Remembrance and Forgiveness

MSRP:
Now:
As low as
Was:
In Strength in What Remains, Tracy Kidder gives us the story of one man's inspiring American journey and of the ordinary people who helped him, providing brilliant testament to the power of second...

MSRP:
Now:
As low as
Was:
Beloved and bestselling author Bob Goff provides you with a year's worth of inspiring, unexpected, thought-provoking teaching that will prepare you for the day ahead. Bob Goff’s first two books,...

MSRP:
Now:
As low as
Was:
“The most powerful spiritual healer, fixer, teacher on the planet.” —Oprah Winfrey In an updated and expanded 25th anniversary edition, the beloved “purple book” Acts of Faith guides people of...

A Fatal Thing Happened on the Way to the Forum: Murder in Ancient Rome

MSRP:
Now:
As low as
Was:
An entertaining and informative look at the unique culture of crime, punishment, and killing in Ancient Rome In Ancient Rome, all the best stories have one thing in common—murder. Romulus killed...

A Woman Is No Man [Paperback]

MSRP:
Now:
As low as
Was:
The NIV Outreach Bible for Kids enables you to present first-time Bible readers with an easy way of discovering the Scriptures as an unfolding story. This Bible is lightweight and functional, making...

MSRP:
Now:
As low as
Was:
By one reading, things look pretty good for Americans today: the country is richer than ever before and the unemployment rate is down by half since the Great Recession—lower today, in fact, than for...

MSRP:
Now:
As low as
Was:
A beautiful, honest portrait of loss and deep friendship told through the story of two iconic polar bears. Gus lives in a big park in the middle of an even bigger city, and he spends his days with...

An Abolitionist's Handbook: 12 Steps to Changing Yourself and the World

MSRP:
Now:
As low as
Was:
In AN ABOLITIONIST’S HANDBOOK, Cullors charts a framework for how everyday activists can effectively fight for an abolitionist present and future. Filled with relatable pedagogy on the history of...