The Cryptopians: Idealism, Greed, Lies, and the Making of the First Big Cryptocurrency Craze 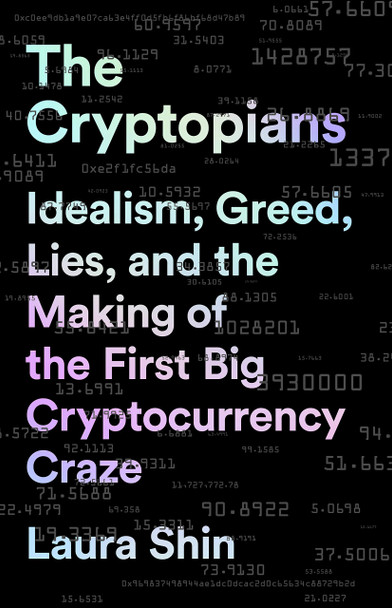 The Cryptopians: Idealism, Greed, Lies, and the Making of the First Big Cryptocurrency Craze

The story of the idealists, technologists, and opportunists fighting to bring cryptocurrency to the masses.

In their short history, Bitcoin and other cryptocurrencies have gone through booms, busts, and internecine wars. Yet today they are very much still with us: Bitcoin currently trades for over $50,000, the value of all crypto assets is greater than $1.7 trillion. The central promise of crypto is too good to pass up—vast fortunes made from decentralized networks not controlled by any single entity and not yet regulated by many governments.

Yet cryptocurrency was growing increasingly marginal until a brilliant new idea changed its fortunes once again: Ethereum. In this book, Laura Shin takes readers inside the creation of this new form of cryptocurrency network, which enabled users to launch their own new coins, and in so doing, created a new crypto fever. You'll meet people like Vitalik Buterin, the wunderkind whose idea quickly became a $100 billion empire; Charles Hoskinson, the initial CEO who left the project within five months; and Joe Lubin, a former Goldman Sachs VP whose early involvement in Bitcoin and Ethereum helped him become one of crypto's most well-known billionaires. Sparks flew as these outsized personalities fought for their piece of a seemingly limitless new business opportunity.

The fortunes of crypto continue to rise and fall, but the people fighting to take it mainstream are making and losing fortunes and careers on it. This fascinating book shows the crypto market for what it really is: a deeply personal struggle to influence the coming revolution in money, culture and power.

The book, The Cryptopians: Idealism, Greed, Lies, and the Making of the First Big Cryptocurrency Craze [Bulk, Wholesale, Quantity] ISBN# 9781541763012 in Hardcover by Laura Shin may be ordered in bulk quantities. Minimum starts at 25 copies. Availability based on publisher status and quantity being ordered.
View AllClose

The Little Book of Big Lies: A Journey Into Inner Fitness

MSRP:
Now:
As low as
Was:
An inspiring and illuminating guide to true self care, from the sage teacher and breakout star of the critically acclaimed drama, Queen Sugar, from Executive Producers Oprah Winfrey and Ava DuVernay...

The Making of a Justice: Reflections on My First 94 Years

MSRP:
Now:
As low as
Was:
A masterful and personal account of life on the Supreme Court that offers a unique understanding of American history from one of the most prominent jurists of our time When Justice John Paul Stevens...

Pharma: Greed, Lies, and the Poisoning of America

MSRP:
Now:
As low as
Was:
Award-winning journalist and New York Times bestselling author Gerald Posner traces the heroes and villains of the trillion-dollar-a-year pharmaceutical industry and uncovers how those once entrusted...

Neurodiversity at Work: Drive Innovation, Performance and Productivity with a Neurodiverse Workforce

MSRP:
Now:
As low as
Was:
An organization's employees are its biggest competitive advantage. Performance gains can be achieved through cost saving, process improvement or technology adoption, but the biggest difference is...

MSRP:
Now:
As low as
Was:
Mater loves to have fun. But he’s not always as careful as he should be. Luckily, he has his best buddy, Lightning McQueen, to look out for him! This full-color Little Golden Book features all the...

Dining by Rail: The History and the Recipes of America's Golden Age of Railroad Cuisine [Paperback]

MyPlate and You (Pebble Plus: Health and Your Body)

MSRP:
Now:
As low as
Was:
Do you really need to eat your vegetables? Yes, but, luckily, there are so many different kinds. How do you make sense of it all? Learn the basics of MyPyramid to help you make good food and activity...