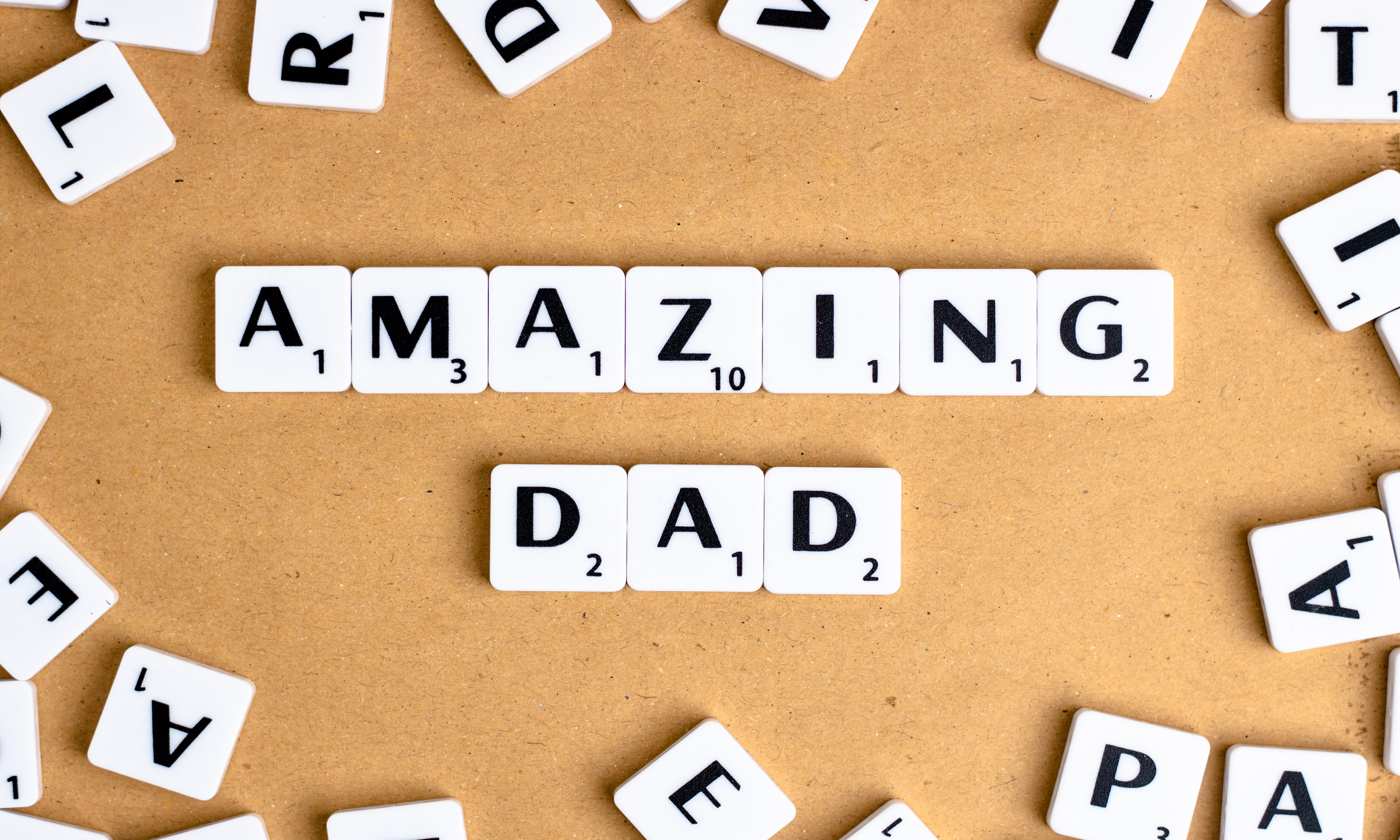 12 Books to Celebrate, Inspire, Educate, and Delight the Dads in Your Life

Father's Day is not only a day to celebrate the dads in our lives, but also a time to recognize what's important to them. We've curated a list of book recommendations that we hope will speak to, inspire, educate, and delight all of the dads on your list.  Happy Father's Day, and happy reading!

For the socially conscious and activist dad 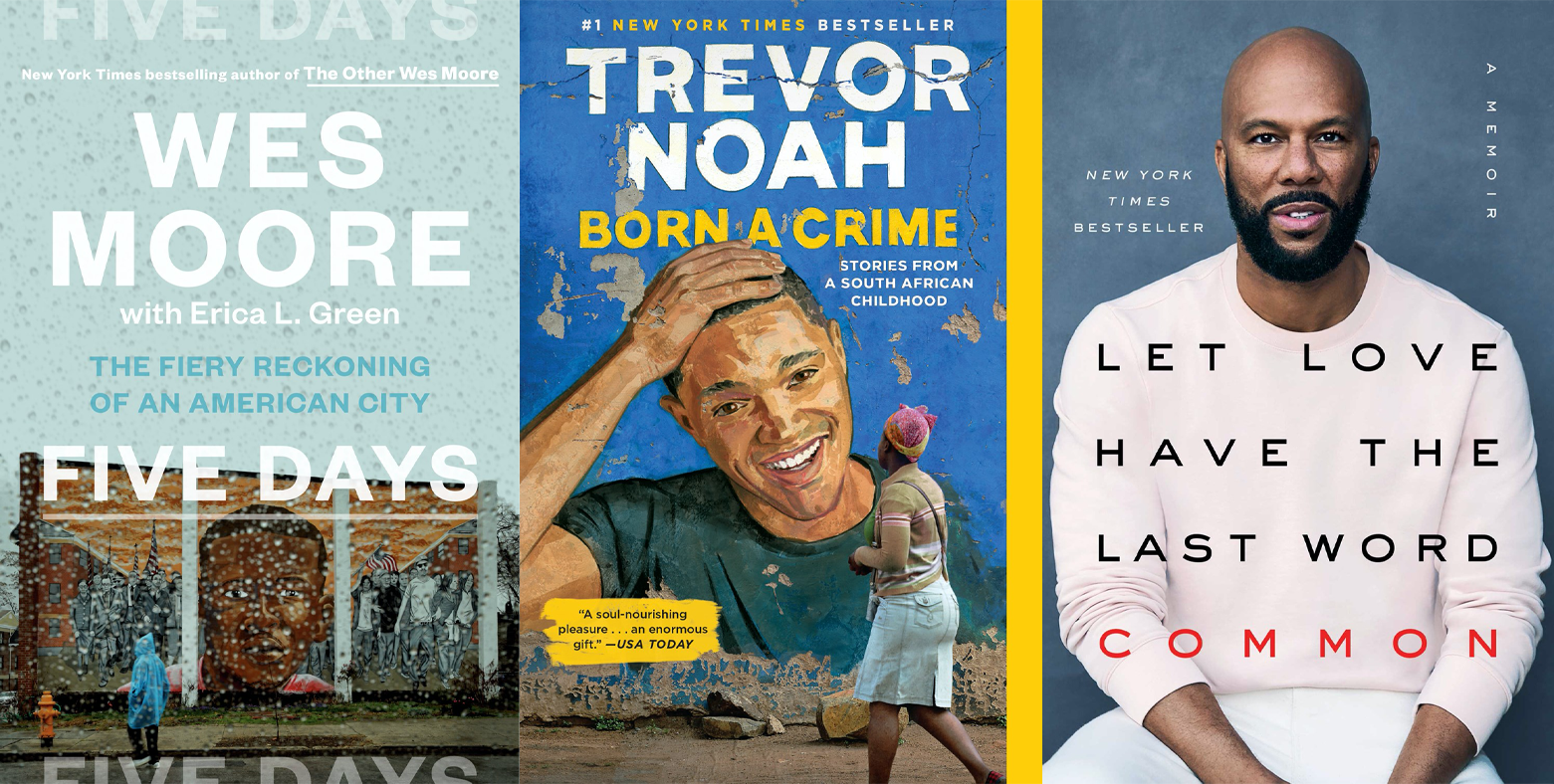 Five Days by Wes Moore. This could not be a more appropriate or relevant read. Booklist raves: "A broad scope, revealing how tragedy, injustice, and long seeded socioeconomic and policing inequities ripped apart an already tense [Baltimore].”

Born A Crime by Trevor Noah was named one of the best books of the year by New York Times, USA Today, San Francisco Chronicle, NPR, Esquire, Newsday, and Booklist - don't miss out on this compelling, inspiring, and comically sublime story of one man's coming-of-age, set during the twilight of apartheid and the tumultuous days of freedom that followed.

Let Love Have the Last Word by Common. The Grammy Award, Academy Award, and Golden Globe-winning musician, actor, and activist - follows up his New York Times best-selling memoir One Day It’ll All Make Sense with this inspiring exploration of how love and mindfulness can build communities and allow you to take better control of your life through actions and words.

For the scientist dad or history buff 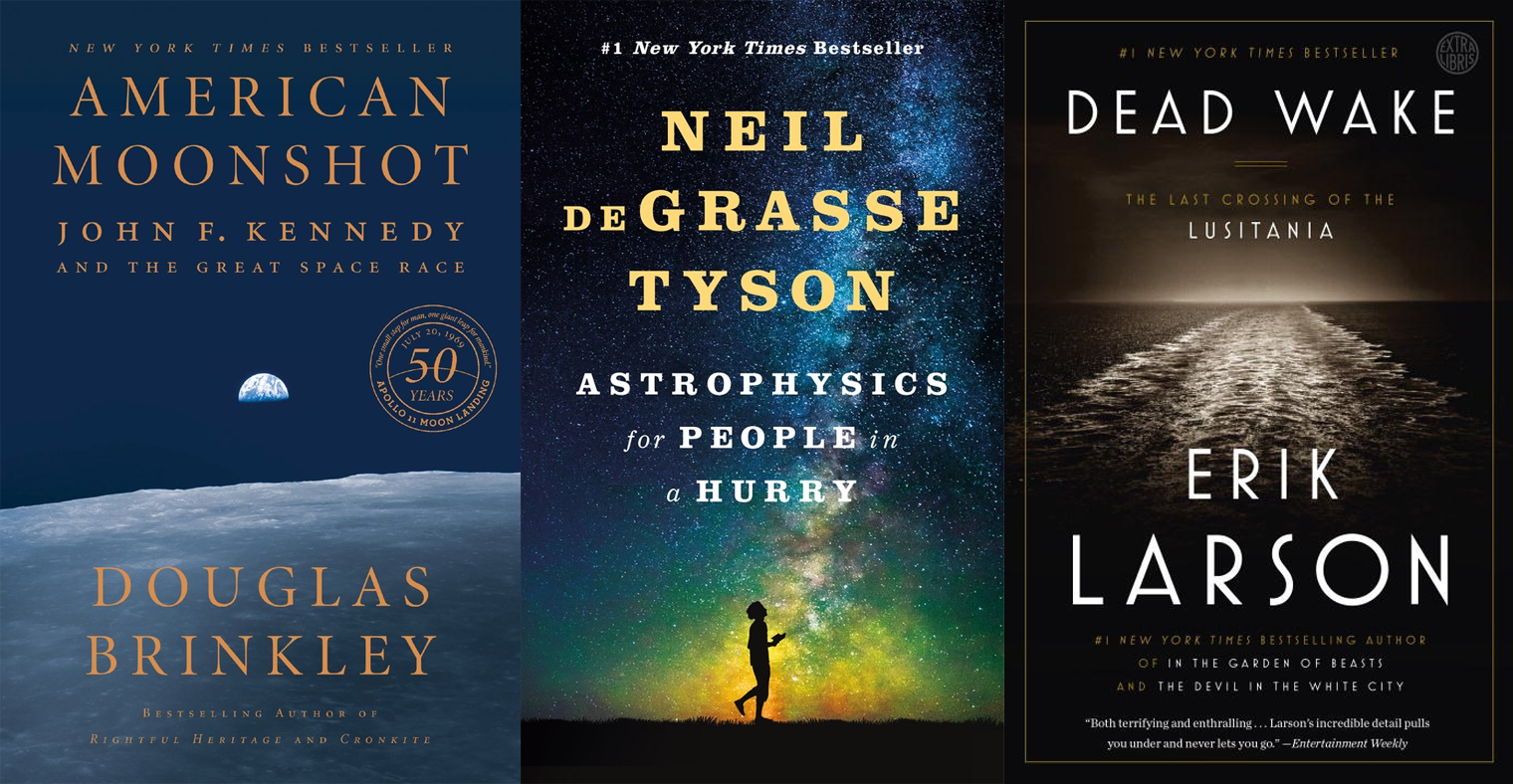 Astrophysics for People in a Hurry by Neil deGrasse Tyson. This book spent over a year on the New York Times bestseller list and sold more than a million copies. Discover the essential universe from our most celebrated and beloved astrophysicist.

Dead Wake from the bestselling author and master of narrative nonfiction, Erik Larson, comes the enthralling story of the sinking of the Lusitania.

For the new dad with little ones

The New One by Mike Birbiglia. With laugh-out-loud funny parenting observations, the New York Times bestselling author and award-winning comedian delivers a book that is perfect for anyone who has ever raised a child, been a child, or refuses to stop acting like one.

Your Baby's First Word Will Be Dada by Jimmy Fallon. Let one of the most popular entertainers in the world and NBC's The Tonight Show host show you how to successfully execute a secret campaign to have your child's first word be "Dada."

My Dad Loves Me by and featuring illustrations from Marianne Richmond. Let this book show all the ways Dad shows his love to his children. Great gift for Father's Day, a birthday, or just a way to show love to dad any day!

For the dad with a growth mindset

The Mamba Mentality by Kobe Bryant. Read his personal perspective of his life and career on the basketball court and his exceptional, insightful style of playing the game―a fitting legacy from the late Los Angeles Laker superstar.

Sea Stories by Admiral William H. McRaven. Following the success of his #1 New York Times bestseller Make Your Bed, which has sold over one million copies, Admiral McRaven is back with amazing stories of bravery and heroism during his career as a Navy SEAL and commander of America's Special Operations Forces.

Relentless by Tim S. Grover. For more than two decades, legendary trainer Tim Grover has taken the greats—Michael Jordan, Kobe Bryant, Dwyane Wade, and hundreds of relentless competitors in sports, business, and every walk of life—and made them greater. Now, for the first time ever, he reveals what it takes to achieve total mental and physical dominance, showing you how to be relentless and achieve whatever you desire.

This post was written by Karlyn Hixson, Director of Editorial and Strategic Partnerships at BookPal. She is currently reading How to Be an Antiracist by Ibram X. Kendi.