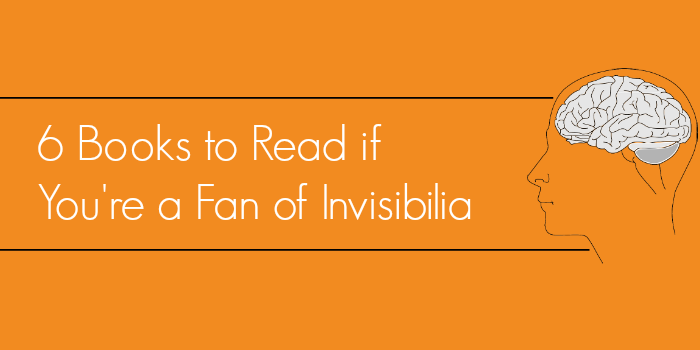 Move over, Serial — Invisibilia is now the #1 most popular podcast on iTunes! If you've already fallen in love with this new NPR show, we're willing to bet that you're counting down the days until the next episode's release. To help pass the time, here is a list of our favorite books on the brain and human behavior:

1. Ghost Boy: The Miraculous Escape of a Misdiagnosed Boy Trapped Inside His Own Body by Martin Pistorius 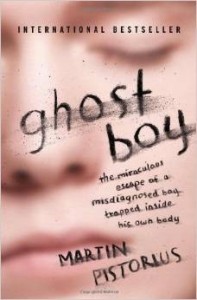 Episode 1 of Invisibilia features Martin Pistorius, a boy who was consciously in a coma for several years. Since it's debut in January 2015, the podcast has launched Martin's book Ghost Boy into the spotlight. When Martin Pistorius was 12 years old, he fell inexplicably sick. First, he lost his voice. Then, he stopped eating. He began to sleep constantly and shun human contact, mystifying all his doctors. Within 18 months, he was mute and wheelchair-bound. His parents were told that he had an unknown degenerative disease that left him with the mind of a baby, and that he had only two years left to live. As years began to pass by, his parents began to believe that their boy was gone… but he wasn't. A must-read tale of resilience, faith, love and hope, Ghost Boy will convince you to celebrate your own life and fight for a better life for others.

2. The Man Who Mistook his Wife for a Hat: and Other Clinical Tales by Oliver Sacks 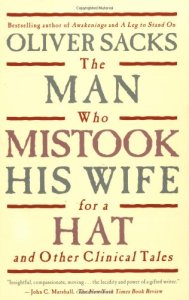 Dr. Oliver Sacks, deemed "one of the great clinical writers of the 20th century" by the New York Times, recounts the case histories of patients lost in strange, apparently inescapable world of neurological disorders. A few of his most baffling cases include a man who can no longer recognize common objects and people, a man who cannot form memories and a woman who cannot see anything on one side of her visual field, even though her eyes are fully functional. The Man Who Mistook his Wife for a Hat studies humans who struggle against incredible adversity and survive, and enables you to enter the world of the neurologically impaired to imagine with our hearts what it must be to live and feel as they do.

3. The Brain's Way of Healing: Remarkable Discoveries and Recoveries from the Frontiers of Neuroplasticity by Norman Doidge M.D. 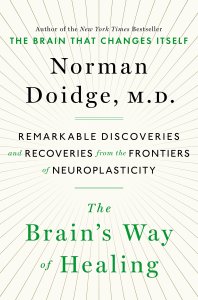 On the tails of his bestselling book The Brain That Changes Itself, Dr. Norman Doidge returns with a book showing how neuroplasticy healing really works. The book recounts stories of patients who alleviated years of chronic pain, recovered from debilitating strokes, normalized their learning disorders and other near-miracle recoveries. Using these remarkable stories, Doidge presents cutting-edge science with real-world applications and principals that anyone can apply to improve their brain's health and performance.

4. The Social Animal: The Hidden Sources of Love, Character and Achievement by David Brooks 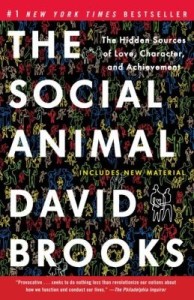 From the view of an American couple, New York Times columnist David Brooks shows us how the unconscious mind is not a dark, vestigial place, but a creative one. Brooks reveals the deeply social aspect of our minds and exposes the bias in modern culture to overemphasize individualism, IQ and rationalism. Demolishing conventional definitions of success and instead, looking towards a culture based on trust and humility, The Social Animal is a moving intellectual adventure that will have a broad social impact and change the way we see ourselves and the world.

5. The Charisma Myth: How Anyone Can Master the Art and Science of Personal Magnetism by Olivia Fox Cabane 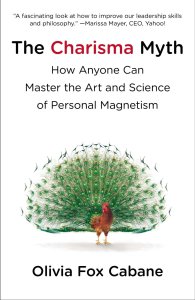 You might believe that charisma is an inborn quality — that you either have it (like Oprah or Steve Jobs), or you don't. Olivia Fox Cabane reveals, however, that this simply isn't true. Charismatic behaviors actually can be learned and perfected by just about anyone. Drawing on techniques she developed for Harvard and MIT, she breaks charisma down into components and shows that charisma is actually about adopting a series of specific practices that fit in with the personality you already have. The Charisma Myth will teach you how to become more persuasive, influential and inspiring.

6. The Power of Habit: Why We Do What We Do in Life & Business by Charles Duhigg 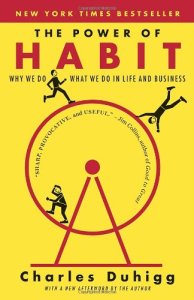 In The Power of Habit, Charles Duhigg presents a whole new understanding of human nature and its potential. Drawing from stories from the sidelines of the NFL to the boardrooms of Procter & Gamble, Duhigg proves that the key to exercising regularly, being more productive, achieving success and losing weight lies in understanding how habits work. At its core, The Power of Habit argues that by harnessing this new science, you can transform your communities, your businesses and your life.

These books are just the tip of the iceberg. What are your favorite books on human behavior and neuroscience?

Tell us about them in the comments!