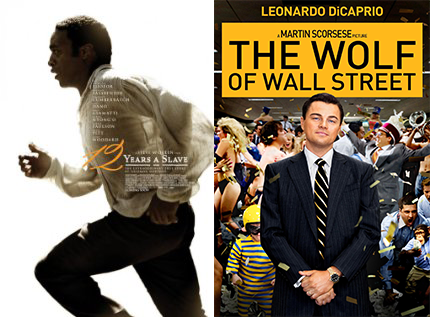 Few can argue that 2013 was a big year for books-turned-to-movies. Last year bestsellers like The Great Gatsby, Catching Fire, and Ender's Game scored big at the box office. Unsurprisingly, the top two awards of the Golden Globes 2014 went to movies based on books. 12 Years a Slave walked away with the award for Best Motion Picture (Drama). The Wolf of Wall Street won Best Motion Picture (Musical or Comedy). Both movies are projected to win big at the Oscars this year on March 2.

The books-turned-to-movies trend will continue on in 2014. Book fans can look forward to the release of Monuments Men, Divergent, The Fault in Our Stars, The Giver and many more.

The real questions is: What was better? The book or the movie?