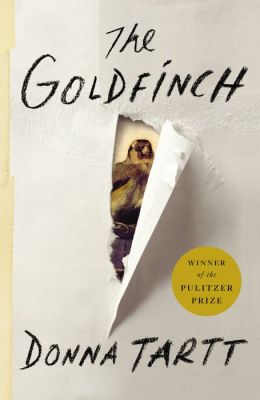 Today's announcement of the 2014 Pulitzer Prize winners has generated a lot of buzz within the literary community. Of the many talented winners, Donna Tartt's bestselling novel The Goldfinch snagged the highly coveted award for the fiction category.

Originally slated for publication in September 2008, Tartt's third novel was not published By Little Brown and Company until October 22, 2013. The judges cited The Goldfinch as a "beautifully written coming-of-age novel with exquisitely drawn characters that follows a grieving boy’s entanglement with a small famous painting that has eluded destruction, a book that stimulates the mind and touches the heart."

Hunger Games producer Nina Jacobson has signed on as the producer for the on-screen adaptation of The Goldfinch. It has yet to be announced whether or not the novel will be adapted as a feature film, TV series, or miniseries.

Congratulations Donna Tartt and all of the other Pulitzer Prize winners.