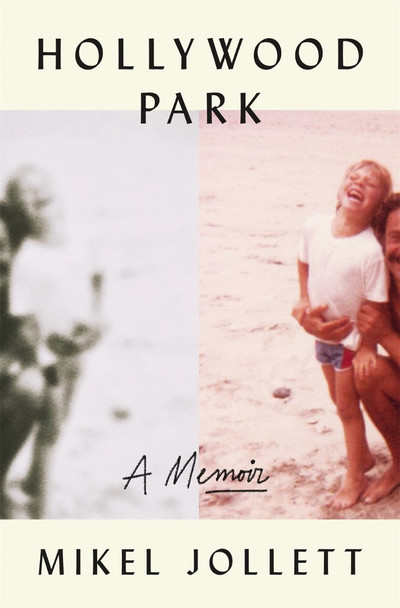 **A 2020 OWL AWARD SHORTLIST WINNER IN THE BIOGRAPHY & MEMOIR CATEGORY**

Hollywood Park is a remarkable memoir of a tumultuous life. Mikel Jollett was born into one of the country’s most infamous cults, and subjected to a childhood filled with poverty, addiction, and emotional abuse. Yet, ultimately, his is a story of fierce love and family loyalty told in a raw, poetic voice that signals the emergence of a uniquely gifted writer. We were never young. We were just too afraid of ourselves. No one told us who we were or what we were or where all our parents went. They would arrive like ghosts, visiting us for a morning, an afternoon. They would sit with us or walk around the grounds, to laugh or cry or toss us in the air while we screamed. Then they’d disappear again, for weeks, for months, for years, leaving us alone with our memories and dreams, our questions and confusion. …

So begins Hollywood Park, Mikel Jollett’s remarkable memoir. His story opens in an experimental commune in California, which later morphed into the Church of Synanon, one of the country’s most infamous and dangerous cults. Per the leader’s mandate, all children, including Jollett and his older brother, were separated from their parents when they were six months old, and handed over to the cult’s “School.” When Mikel was five, his mother escaped the cult with both of her children. But in many ways, life outside Synanon was even harder and more erratic.

In his raw, poetic and powerful voice, Jollett portrays a childhood filled with abject poverty, trauma, emotional abuse, delinquency and the lure of drugs and alcohol. Raised by a clinically depressed mother, tormented by his angry older brother, subjected to the unpredictability of troubled step-fathers and longing for contact with his father, a former heroin addict and ex-con, Jollett slowly, often painfully, builds a life that leads him to Stanford University and, eventually, to finding his voice as a writer and musician.

The book, Hollywood Park: A Memoir [Bulk, Wholesale, Quantity] ISBN# 9781250621566 in Hardcover by Mikel Jollett may be ordered in bulk quantities. Minimum starts at 25 copies. Availability based on publisher status and quantity being ordered.

Home Work: A Memoir of My Hollywood Years [Paperback]

MSRP:
Now:
As low as
Was:
In this New York Times bestselling follow-up to her critically acclaimed memoir, Home, Julie Andrews reflects on her astonishing career, including such classics as Mary Poppins, The Sound of Music,...

MSRP:
Now:
As low as
Was:
The elusive Lady Lana (a.k.a. Sammy's mom) ran off to Hollywood nearly a year ago to get "discovered." But whenSammydiscovers that her mom has changed her name, dyed her hair, and told everyone she's...

The Art of the Hollywood Backdrop

MSRP:
Now:
As low as
Was:
The definitive behind-the-scenes history of one of Hollywood’s most closely guarded cinematic secrets finally revealed—painted backdrops and the scenic artists who brought them to the big screen. In...

The Story of Hollywood: An Illustrated History

MSRP:
Now:
As low as
Was:
The Story of Hollywood follows Hollywood from its dusty origins to its glorious rise to stardom. Lavishly illustrated with over 800 vintage images from the author's private collection, the book tells...

Home Work: A Memoir of My Hollywood Years

MSRP:
Now:
As low as
Was:
In Home, the number one New York Times international bestseller, Julie Andrews recounted her difficult childhood and her emergence as an acclaimed singer and performer on the stage. With this second...

Just Like Beverly: A Biography of Beverly Cleary (Growing to Greatness)

MSRP:
Now:
As low as
Was:
Junior Library Guild Selection Just Like Beverly follows the life of beloved children's author Beverly Cleary from her early years in Oregon to her career as a successful writer who wrote stories,...

How I Killed Pluto and Why It Had It Coming

MSRP:
Now:
As low as
Was:
In 2005, astronomer Brown made the discovery of a lifetime: a 10th planet, Eris, slightly bigger than Pluto. But instead of its resulting in one more planet being added to our solar system, Brown's...

MSRP:
Now:
As low as
Was:
The book is a collection of compelling stories from people that overcame a variety of adversities to achieve their American Dream. The goal of the book is to turn skeptics into believers by way of...

MSRP:
Now:
As low as
Was:
More rigorous than ever, the bestselling intermediate-level workbook has been expanded into a comprehensive, dynamic digital/print study tool that engages students in a variety of ways. Based on the...

MSRP:
Now:
As low as
Was:
**A 2020 OWL AWARD SHORTLIST WINNER IN THE POLITICS & CURRENT EVENTS CATEGORY**Discover how American politics became a toxic system, why we participate in it, and what it means for our...

MSRP:
Now:
As low as
Was:
From two students of Marjory Stoneman Douglas High School comes a declaration for our times, and an in-depth look at the making of the #NeverAgain movement that arose after the Parkland, Florida,...