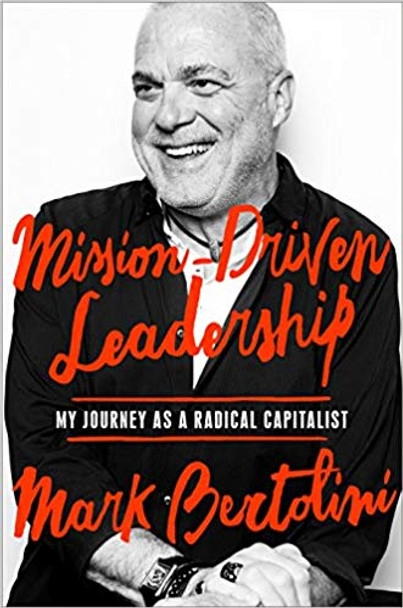 In Mission-Driven Leadership, Mark Bertolini, the long-time chairman and CEO of Aetna, the Fortune 500 health insurance company, reveals that genuine leadership is not about dollars and market share but about improving lives and communities. Mark Bertolini didn't get to the corner office through traditional means. He grew up in a blue-collar neighborhood in Detroit. Early in his career, he was known for his bare-knuckled leadership and hard driving competitiveness that helped him to turnaround several companies. But his ambition came at a cost as he ran roughshod over his colleagues and employees, and spent time away from his family. Two events served as wakeup calls for the hard-charging Bertolini. First his son Eric was diagnosed with incurable cancer, and Bertolini found himself confronting the healthcare industry firsthand, not as an executive, but as the parent of a deathly ill child, determined to save his son's life. And miraculously, after a year in the hospital, often at death's door--Eric was twice given last rites--his son recovered. The second wakeup call was a skiing accident several years later in which Bertolini broke his neck. As his life unraveled in the face of years of chronic pain, therapy, and medication, he realized he had to reinvent himself, emotionally, spiritually, and as a leader--or go under. Mission-Driven Leadership speaks to the lessons Bertolini learned about empathy, about helping employees and Aetna's customers take better care of themselves and each other, about the need to "find the divine in me," and the importance of getting out to meet with employees and customers face-to-face in town halls to truly discover their needs and better serve them.

The book, Mission-Driven Leadership: My Journey as a Radical Capitalist [Bulk, Wholesale, Quantity] ISBN# 9780525572794 in Hardcover by Mark Bertolini may be ordered in bulk quantities. Minimum starts at 25 copies. Availability based on publisher status and quantity being ordered.
View AllClose

Rising to the Challenge: My Leadership Journey

The Radical Edge: Another Personal Lesson in Extreme Leadership

MSRP:
Now:
As low as
Was:
In his bestselling book, The Radical Leap, Steve Farber introduced readers to Extreme Leadership, showing them how to renew their passion and excitement and become committed to changing the world for...

Radical: My Journey Out of Islamist Extremism

MSRP:
Now:
As low as
Was:
Maajid Nawaz spent his teenage years listening to American hip-hop and learning about the radical Islamist movement spreading throughout Europe and Asia in the 1980s and 90s. At 16, he was already a...

MSRP:
Now:
As low as
Was:
Is successful leadership measured simply by the outcomes a leader achieves, or is there another―more essential―yardstick for measuring success? In Redefining Leadership, author, pastor, and college...

Just Money: Mission-Driven Banks and the Future of Finance

MSRP:
Now:
As low as
Was:
How to use finance as a tool to build a more equitable and sustainable society. Money defines our present and will shape our future. Every investment decision we make adds a chapter to the story of...

Finding My Voice: When the Perfect Plan Crumbles, the Adventure Begins [Paperback]

MSRP:
Now:
As low as
Was:
A NEW YORK TIMES BESTSELLER "Valerie has been one of Barack and my closest confidantes for decades... the world would feel a lot better if there were more people like Valerie blazing the trail for...

Listen Like You Mean It: Reclaiming the Lost Art of True Connection

MSRP:
Now:
As low as
Was:
Hear me out. Does this sound like you? You end a team meeting and can't recall a single thing that was said. You leave a conversation with a friend feeling disconnected and unfulfilled. You think you...

MSRP:
Now:
As low as
Was:
Arriving in S. Thala, a traveler is reintroduced to the woman he was engaged to years ago. Written in a stark and cinematic narrative style, this sequel Ravishing of Lol Stein is a curious, yet...

MSRP:
Now:
As low as
Was:
Ready Player One meets The Hate U Give in this dynamite debut novel that follows a fierce teen game developer as she battles a real-life troll intent on ruining the Black Panther–inspired video game...

MSRP:
Now:
As low as
Was:
Amy Guglielmo, Jacqueline Tourville, and Brigette Barrager team up to tell the joyful and unique story of the trailblazing Disney artist Mary Blair. Mary Blair lived her life in color: vivid, wild...

MSRP:
Now:
As low as
Was:
Make numbers concrete with this charming collection of 16 illustrated, read-aloud storybooks that teach the numbers 1 to 10, 30, 100, skip counting, simple addition, and more! Includes a BIG teaching...