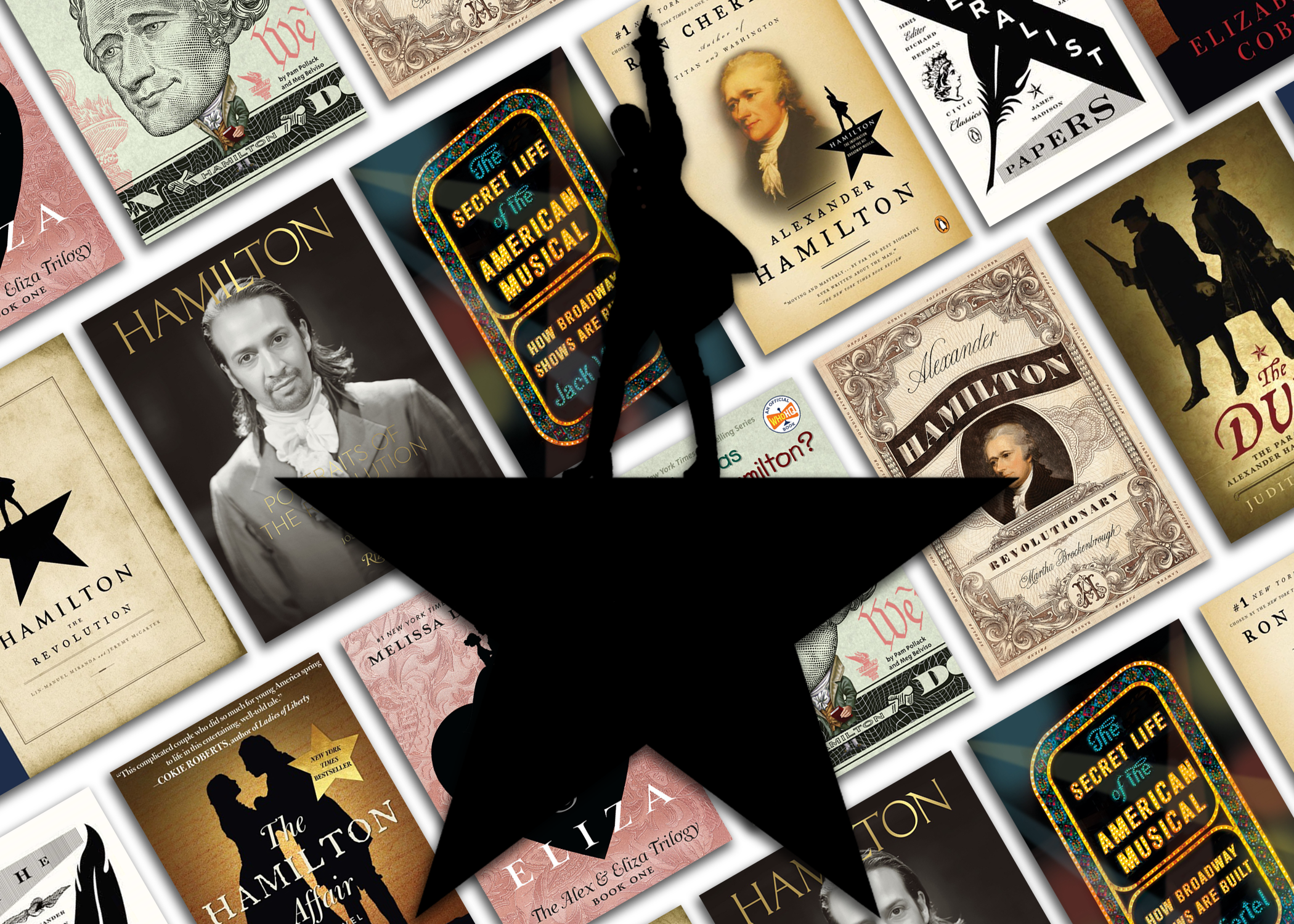 Ten Hamilton books to add to your shelf.

Since it burst onto the Broadway stage in 2015, Hamilton: An American Musical has captured the attention of music fans and history buffs alike. Never before has a musical educated and inspired such a wide base of fans. We're celebrating the release of the award-winning Broadway musical on Disney+ with selections about the musical and the man.

For Fans of the Musical

"And the world is gonna know your name, what's your name, man? Alexander Hamilton."

Hamilton: Portraits of the Revolution by Josh Lehrer
Experience Hamilton like never before with over 100 photos with accompanying commentary by the cast about their experiences and the show's impact on the world.

The Secret Life of the American Musical: How Broadway Shows Are Built by Jack Viertel
Ever wondered how musicals like Hamilton come to be? Drawing from a range of examples, Viertel paints a picture of how Broadway musicals are made, taking you through all the phases of a typical musical theater story, from opening numbers to finales.

"And when you're gone, who remembers your name? Who keeps your flame? Who tells your story?"

The Hamilton Affair by Elizabeth Cobbs
Immerse yourself in the sweeping, tumultuous, true story of Alexander Hamilton and Elizabeth Schuyler, from passionate and tender beginnings of their romance to his fateful duel on the banks of the Hudson River.

"I'm just like my country—I'm young, scrappy, and hungry, and I am not throwing away my shot."

Alex & Eliza by Melissa de la Cruz
The romance of young Alexander Hamilton and Elizabeth Schuyler comes to life in this charming YA adaptation.

Who Was Alexander Hamilton? by Pam Pollack, Meg Belviso, Who HQ, & Dede Putra
Young fans of Hamilton will enjoy this biography from the bestselling Who Was? series.

The Duel: The Parallel Lives of Alexander Hamilton and Aaron Burr by Judith St. George
Learn more about these legendary rivals—from their curiously parallel upbringings to their political rivalry and fateful duel.

Alexander Hamilton, Revolutionary by Martha Brockenbrough
This riveting and richly illustrated biography will give readers insights into the life of the Founding Father in a way that is easily digestible.

This post was written by Megan Habel, Brand Strategist at BookPal.  She is currently reading Station Eleven by Emily St. John Mandel.