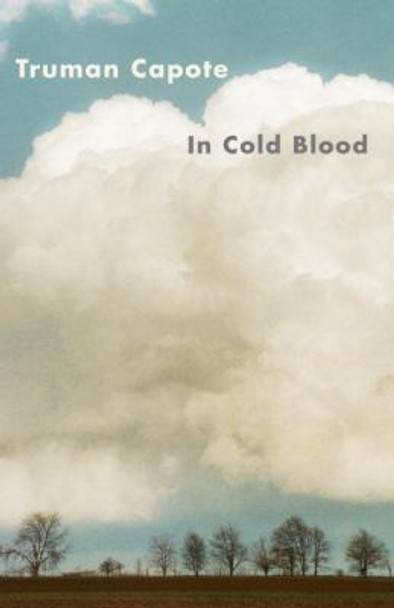 One of Truman Capote’s last great novels, In Cold Blood has been a must-read since it’s publication in 1965. In Cold Blood was one of the first novels to define the genre of nonfiction, as Capote used his skill as a journalist to craft a novel that combines real events, Americana style and masterful storytelling. In Cold Blood is reminiscent of other classic novels like Harper Lee’s To Kill a Mockingbird and F. Scott Fitzgerald’sThe Great Gatsby. In Cold Blood is based on the true murder of the Clutter family in 1959 in the small town of Holcomb, Kansas. The mother, father, brother and sister were all shot and killed in their home with no apparent motive for the brutal crime. Not only were authorities stumped by the murders, but the town was baffled that such a nice, unpresuming family would be murdered for only a few possessions taken from their house. Journalist Truman Capote began investigating the crime, as the two murderers Dick Hickock and Perry Smith seemed to be getting away with the crime. It isn’t until one person is able to reveal a series of clues that leads authorities to Smith and Hickock that the two are brought to justice. The story doesn’t center around their capture, but rather on Capote’s investigation into how the two men committed such a seemingly senseless crime. Using interviews with the criminals and detailed reporting, Capote presents a novel that has enticed readers for decades. Including dark themes of murder and violence, this title is recommended for readers at least fourteen years of age or with at least a high school reading level. Order a classroom novel set of this classic education title for your school or educational program. BookPal offers this title and thousands of other education titles at wholesale prices. Ordering wholesale books for your school is a great way to provide students with a valuable resource while also staying within budget. Browse our extensive catalog of other class book sets, wholesale books and bargain books! ISBN 9780679745587 Paperback Author: Truman Capote

The book, In Cold Blood [Bulk, Wholesale, Quantity] ISBN# 9780679745587 in Paperback by Capote, Truman may be ordered in bulk quantities. Minimum starts at 25 copies. Availability based on publisher status and quantity being ordered.
View AllClose

MSRP:
Now:
As low as
Was:
Selected by the Modern Library as one of the 100 best nonfiction books of all time From the Modern Library’s new set of beautifully repackaged hardcover classics by Truman Capote—also available are...

Winter in the Blood [Paperback]

MSRP:
Now:
As low as
Was:
Two contemporary classics from a major writer of the Native American renaissance During his life, James Welch came to be regarded as a master of American prose, and his first novel, Winter in the...

MSRP:
Now:
As low as
Was:
The dean of Cold War historians ("The New York Times") now presents the definitive account of the global confrontation that dominated the last half of the twentieth century. Drawing on newly opened...

MSRP:
Now:
As low as
Was:
The Grammy and Academy Award-nominated singer-songwriter's haunting, lyrical memoir, sharing the story of an unthinkable act of violence and ultimate healing through art. 1986, Mobile, Alabama. A...

MSRP:
Now:
As low as
Was:
George Orwell's timeless fable - a parable for would-be liberators everywhere, glimpsed through the lens of our own history As ferociously fresh as it was more than a half century ago, this...

First, Break All the Rules: What the World's Greatest Managers Do Differently

MSRP:
Now:
As low as
Was:
What do the world’s greatest managers do differently? In this widely acclaimed bestseller, Gallup presents results of a massive in-depth study featuring over 80,000 managers – from Fortune 500...

Papa, Please Get the Moon for Me [Hardcover]

MSRP:
Now:
As low as
Was:
A father will move heaven and earth to delight his daughter in this beloved tale from children’s book legend Eric Carle. Monica wants to play with the moon, but she can’t quite seem to reach it. This...

How Ben Franklin Stole the Lightning

MSRP:
Now:
As low as
Was:
Inventive art and superb storytelling bring to life the story of how one of the most famous inventions ever created--the lightning rod--came to be made by the energetic, humorous, and genius Ben...

MSRP:
Now:
As low as
Was:
Ulysses S. Grant's life has typically been misunderstood. All too often he is caricatured as a chronic loser and an inept businessman, or as the triumphant but brutal Union general of the Civil War...

Around the World on 50 Bucks: How I Left with Nothing and Returned a Rich Man

MSRP:
Now:
As low as
Was:
Christopher Schacht shares his incredible experiences, revealing what he has learned along the way about life, love, and God, describing touching and bizarre encounters and insights that aren’t found...

MSRP:
Now:
As low as
Was:
The book, The Little House [ Bulk Wholesale Quantity ] ISBN 039525938X in by Burton, Virginia L. may be ordered in bulk quantities . Bulk book availability based on publisher status and quantity...