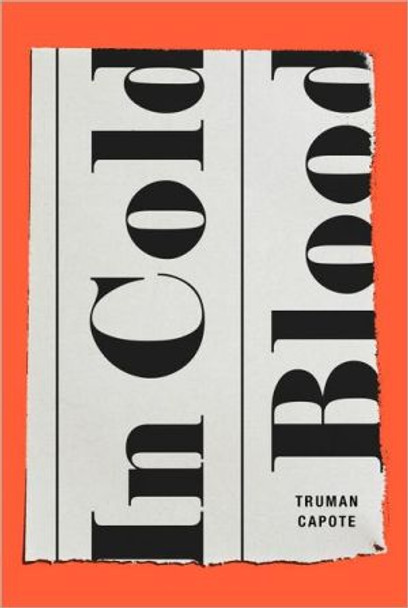 Selected by the Modern Library as one of the 100 best nonfiction books of all time From the Modern Library’s new set of beautifully repackaged hardcover classics by Truman Capote—also available are Breakfast at Tiffany’s and Other Voices, Other Rooms (in one volume), Portraits and Observations, and The Complete Stories Truman Capote’s masterpiece, In Cold Blood, created a sensation when it was first published, serially, in The New Yorker in 1965. The intensively researched, atmospheric narrative of the lives of the Clutter family of Holcomb, Kansas, and of the two men, Richard Eugene Hickock and Perry Edward Smith, who brutally killed them on the night of November 15, 1959, is the seminal work of the “new journalism.” Perry Smith is one of the great dark characters of American literature, full of contradictory emotions. “I thought he was a very nice gentleman,” he says of Herb Clutter. “Soft-spoken. I thought so right up to the moment I cut his throat.” Told in chapters that alternate between the Clutter household and the approach of Smith and Hickock in their black Chevrolet, then between the investigation of the case and the killers’ flight, Capote’s account is so detailed that the reader comes to feel almost like a participant in the events.

The book, In Cold Blood [Bulk, Wholesale, Quantity] ISBN# 9780812994384 in Hardcover by Capote, Truman may be ordered in bulk quantities. Minimum starts at 25 copies. Availability based on publisher status and quantity being ordered.
View AllClose

MSRP:
Now:
As low as
Was:
"The definitive African book of the twentieth century." —Moses Isegawa The puzzling murder of three African directors of a foreign-owned brewery sets the scene for this fervent, hard-hitting novel...

MSRP:
Now:
As low as
Was:
The Grammy- and Academy Award- nominated singer-songwriter's haunting, lyrical memoir, sharing the story of an unthinkable act of violence and ultimate healing through art. 1986, Mobile, Alabama. A...

MSRP:
Now:
As low as
Was:
In this modern day riff on The Scarlet Letter, Hester La Negrita, a homeless mother of five, lives with her kids on the tough streets of the inner city. Her eldest child is teaching her how to read...

MSRP:
Now:
As low as
Was:
One of Truman Capote’s last great novels, In Cold Blood has been a must-read since it’s publication in 1965. In Cold Blood was one of the first novels to define the genre of nonfiction, as Capote...

MSRP:
Now:
As low as
Was:
“One of the most captivating novels of the year.” – Washington Post NATIONAL BESTSELLER A Best Book of the Year: Bloomberg | Boston Globe | Chicago Public Library | Chicago Tribune | Esquire |...

Olive the Lionheart: Lost Love, Imperial Spies, and One Woman's Journey Into the Heart of Africa [Hardcover]

MSRP:
Now:
As low as
Was:
"Brad Ricca’s Olive MacLeod is my favorite sort of woman from history―bold and unconventional, utterly unsinkable―and her story is so full of adventure and acts of courage, it’s hard to believe she...

This Land Is Our Land: An Immigrant's Manifesto [Hardcover]

MSRP:
Now:
As low as
Was:
A timely argument for why the United States and the West would benefit from accepting more immigrants. There are few subjects in American life that prompt more discussion and controversy than...

It's Hard to Be Hip Over Thirty: And Other Tragedies of Married Life (Reissue) (Judith Viorst's Decades)

MSRP:
Now:
As low as
Was:
Bringing together some of the best of Judith Viorst’s witty and perceptive poetry—and featuring the illustrations from the original edition by John Alcorn—Viorst explores the all-too-true ironies and...

MSRP:
Now:
As low as
Was:
Throughout his life, renowned neurosurgeon Dr. Benjamin Carson has needed to overcome many obstacles: his father leaving the family; being considered stupid by his classmates in grade school; growing...

MSRP:
Now:
As low as
Was:
Billy Buckhorn’s uncanny intuition became apparent at an early age. In the course of this exciting series, Billy’s supernatural abilities grow and develop, and his reputation as a gifted “holy man”...

The Glass Cage: Automation and Us

MSRP:
Now:
As low as
Was:
At once a celebration of technology and a warning about its misuse, The Glass Cage will change the way you think about the tools you use every day. In The Glass Cage, best-selling author Nicholas...

MSRP:
Now:
As low as
Was:
Relive the extraordinary Presidency of Barack Obama through White House photographer Pete Souza's behind-the-scenes images and stories in this #1 New York Times bestseller--with a foreword from the...