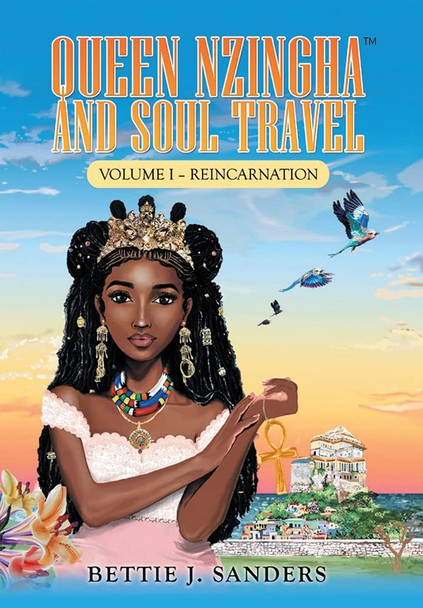 MSRP:
Now: List Price $34.99
Was:
— You save
Hardcover
This product qualifies for FREE US Ground Shipping on orders over $100.

Long, long ago, more than 432,000 years ago, before the first Great Egyptian Dynasty began, before the Fourth Yuga Earth Cycle of the Iron Age got underway upon earth, prior to the existence of the Moreland Country (land of the Moors now named England), which came to be called Britain and before African (Alkebulan) Empires were built in the Americas, there existed a great and powerful civilization known as the Empire of Melnibora.[i] It was a time when Africans ruled the world and walked this planet as giant gods. This story is about the remains of that great civilization and why great empires fall. Yet, our story begins not so long ago in the sixteenth century, in 1583 AD to be exact. In a country now called Angola (Angola is taken from the word Ngola, which means "King") in the Kingdom of Ndongo, prospered the city of Kabasa. The kingdom extended from the equator, south to the west coast of the Central African Republic, to the east coast and island of Madagascar, and as far south to the land now known as South Africa and all the islands surrounding it. This story is about the remains of the great empire, which was once known as the Empire of Melnibora.

MSRP:
Now:
As low as
Was:
Part of the four-book Queens of the Resistance series, saluting some of the most beloved boss ladies in Congress: a celebration of the first woman Speaker of the House and a trailblazer for...

MSRP:
Now:
As low as
Was:
Part of the four-book Queens of the Resistance series, saluting some of the most beloved boss ladies in Congress: a celebration of Representative Maxine Waters, who reclaimed her time and led the...

Passport to the Soul

MSRP:
Now:
As low as
Was:
From a creative team with multiple Caldecott Honors comes this vibrant portrait of Aretha Franklin that pays her the R-E-S-P-E-C-T this Queen of Soul deserves. Aretha Franklin was born to sing. The...

MSRP:
Now:
As low as
Was:
When her mother and father pass away, the little queen must figure out how to be a little queen. And so she begins her adventures, journeying away from her palace and into the world to determine how...

MSRP:
Now:
As low as
Was:
Gossip Girl meets Get Out in Ace of Spades, a YA contemporary thriller by debut author Faridah Àbíké-Íyímídé about two students, Devon & Chiamaka, and their struggles against an anonymous bully...

MSRP:
Now:
As low as
Was:
Little ones can end their day with this beautifully illustrated collection of bedtime nursery rhymes and soothing lullabies. Star Light, Star Bright, Rock-a-bye, Baby and other well-known bedtime...

Roll with It [Paperback]

MSRP:
Now:
As low as
Was:
“A big-hearted story that’s as sweet as it is awesome.” —R.J. Palacio, author of Wonder “An honest, emotionally rich take on disability, family, and growing up.” —Kirkus Reviews (starred...

MSRP:
Now:
As low as
Was:
Now a Netflix Original Film directed by Amy Poehler! "Moxie is sweet, funny, and fierce. Read this and then join the fight."―Amy Poehler An unlikely teenager starts a feminist revolution at a...

MSRP:
Now:
As low as
Was:
The prequel to the supernatural exorcist adventure Jujutsu Kaisen! In a world where cursed spirits feed on unsuspecting humans, fragments of the legendary and feared demon Ryomen Sukuna were lost...

MSRP:
Now:
As low as
Was:
A Huffington Post Best Children’s Book of the Year From Pulitzer Prize winner Jane Smiley and Caldecott Honor artist Lauren Castillo. As her mom reads a bedtime story, Lucy drifts off. But...

MSRP:
Now:
As low as
Was:
It’s Desmond and Andres versus a spooky library shusher in the fifth book of the Desmond Cole Ghost Patrol series! It’s no surprise that the library is one of Desmond Cole’s favorite haunts. After...

Worms Eat My Garbage, 35th Anniversary Edition: How to Set Up and Maintain a Worm Composting System: Compost Food Waste, Produce Fertilizer for Houseplants and Garden, and Educate Your Kids and Family

MSRP:
Now:
As low as
Was:
For more than three decades, this best-selling guide to the practice of vermicomposting has taught people how to use worms to recycle food waste into nutrient-rich fertilizer for houseplants or...

MSRP:
Now:
As low as
Was:
A clever little fish named Nadarin, the only black fish in a school of red ones, devises a way to protect them all from their natural enemies. The book, Nadarin [Bulk, Wholesale, Quantity] ISBN#...