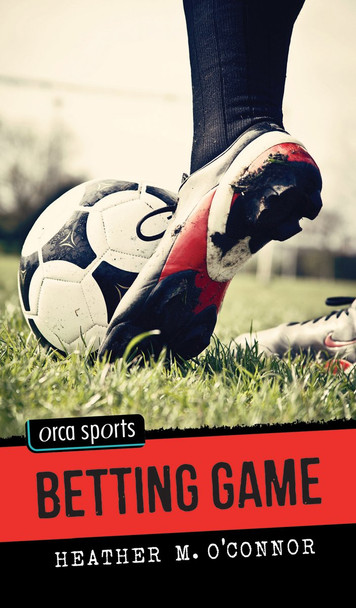 MSRP:
Now: List Price $9.95
Was:
— You save
Paperback
This product qualifies for FREE US Ground Shipping on orders over $100.

Jack’s a star player on an elite soccer team along with his brother, Alex. The Lancers are on top of the league, even favored to win the National Championship. But the game’s about to change. A slick bookie wins Jack’s friendship and introduces him to illegal betting. Before long, Jack is hooked on the adrenaline rush, and early wins convince him that gambling could make him rich. Meanwhile, an ever-widening rift is forming between the two brothers. Suddenly, Jack’s “system” fails and his luck runs out. How could a few losses pile up to a gut-kicking ten grand? When he can’t pay, the bookie gives Jack one way out—throw the National Championship. But can he betray his brother, his team and himself?

MSRP:
Now:
As low as
Was:
Maddie has big-city dreams, and this summer she's found her chance to visit New York. An art magazine is holding a portrait painting contest, and the first prize is an all-expenses-paid trip to the...

MSRP:
Now:
As low as
Was:
Reece's new dog, Ruckus, tears through life like a Tyrannosaurus rex. He bites everything that moves and drives Reece's mom nuts. The puppy was Dad's idea, to make things easier for Reece after his...

Stamped (for Kids): Racism, Antiracism, and You

MSRP:
Now:
As low as
Was:
This chapter book edition of the #1 New York Times bestseller by luminaries Ibram X. Kendi and Jason Reynolds is an essential introduction to the history of racism and antiracism in America RACE...

Lead . . . for God's Sake!: A Parable for Finding the Heart of Leadership

MSRP:
Now:
As low as
Was:
If you’ve ever asked yourself why you do what you do, or wondered what your purpose is in life, this book is for you. The lives of an intensely-driven basketball coach, an ultra-successful CEO, and...