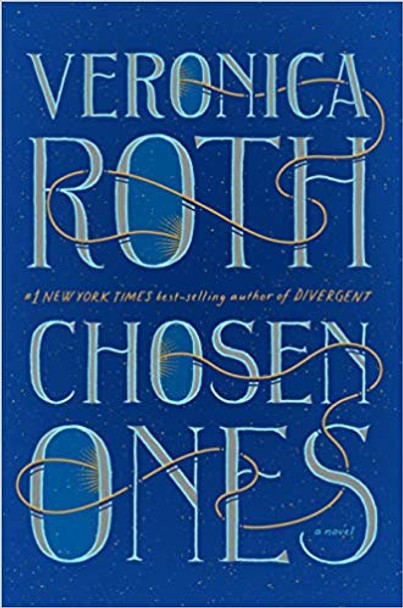 **A 2020 OWL AWARD LONGLIST WINNER IN THE ADVANCED READING CATEGORY**

The mega-selling author of the Divergent franchise delivers her masterful first novel for adults.

Fifteen years ago, five ordinary teenagers were singled out by a prophecy to take down an impossibly powerful entity wreaking havoc across North America. He was known as the Dark One, and his weapon of choice—catastrophic events known as Drains—leveled cities and claimed thousands of lives. Chosen Ones, as the teens were known, gave everything they had to defeat him.

After the Dark One fell, the world went back to normal . . . for everyone but them. After all, what do you do when you’re the most famous people on Earth, your only education was in magical destruction, and your purpose in life is now fulfilled?

Of the five, Sloane has had the hardest time adjusting. Everyone else blames the PTSD—and her huge attitude problem—but really, she’s hiding secrets from them . . . secrets that keep her tied to the past and alienate her from the only four people in the world who understand her.

On the tenth anniversary of the Dark One’s defeat, something unthinkable happens: one of the Chosen Ones dies. When the others gather for the funeral, they discover the Dark One’s ultimate goal was much bigger than they, the government, or even prophecy could have foretold—bigger than the world itself.

And this time, fighting back might take more than Sloane has to give.

The book, Chosen Ones [Bulk, Wholesale, Quantity] ISBN# 9780358164081 in Hardcover by Veronica Roth may be ordered in bulk quantities. Minimum starts at 25 copies. Availability based on publisher status and quantity being ordered.

MSRP:
Now:
As low as
Was:
"Every experience God gives us . . . is the perfect preparation for the future only He can see."--Corrie ten Boom Corrie ten Boom was a Dutch watchmaker who became a heroine of the Resistance, a...

MSRP:
Now:
As low as
Was:
"Anyone who finds it is finding a jewel. Its themes are profound and universal." THE WALL STREET JOURNAL It is the now-classic story of two fathers and two sons and the pressures on all of them to...

MSRP:
Now:
As low as
Was:
From the streets of Atlanta to the alleys of Jerusalem, Chosen People is an international legal drama where hidden motives thrive, the risk of death is real, and the search for truth has many faces. ...

MSRP:
Now:
As low as
Was:
With historical mysteries, religious intrigue, and political danger, Promised Land asks one momentous question: What if your calling puts you—and your family—in the crosshairs? Despite their Israeli...

MSRP:
Now:
As low as
Was:
"Anyone who finds it is finding a jewel. Its themes are profound and universal." THE WALL STREET JOURNAL It is the now-classic story of two fathers and two sons and the pressures on all of them to...

I Can Draw It Myself, by Me, Myself

MSRP:
Now:
As low as
Was:
Budding artistes and Seuss fans will be delighted to get their hands on this newly reissued backlist classic—now with with four primary color crayons blister-packed to the front cover! The 18...

We Can't Talk about That at Work!: How to Talk about Race, Religion, Politics, and Other Polarizing Topics

MSRP:
Now:
As low as
Was:
Instead of shutting down any mention of taboo topics, Mary-Frances Winters shows how to structure intentional conversations about them, so people can safely confront biases and stereotypes and create...

How to Be an Inclusive Leader: Your Role in Creating Cultures of Belonging Where Everyone Can Thrive [Paperback]

MSRP:
Now:
As low as
Was:
**A 2019 OWL AWARD SHORTLIST WINNER IN THE MANAGEMENT & CULTURE CATEGORY**We know why diversity is important, but how do we drive real change at work? Diversity and inclusion expert Jennifer...

MSRP:
Now:
As low as
Was:
The ability to connect with another person and truly be in tune with their physical and emotional state is one of the most elusive interpersonal skills to develop. This book shows you how. In our...

Thank You for Being Late: An Optimist's Guide to Thriving in the Age of Accelerations [Hardcover]

MSRP:
Now:
As low as
Was:
**A 2017 OWL AWARD SHORTLIST WINNER**Today’s society is highly accelerated, in large part due to the exponential increase in computing power. With changes in technology and the environment, how...

MSRP:
Now:
As low as
Was:
#1 New York Times bestselling author of the epic Chronicles of The One trilogy returns with the first in a brand new series where parallel worlds clash over the struggle between good and evil. The...

Everyone Matters: A First Look at Respect for Others [Paperback]

MSRP:
Now:
As low as
Was:
Children learn that having respect means treating everyone fairly. But there are some types of respect that each person must earn for themselves--by keeping promises, by being honest in what they say...