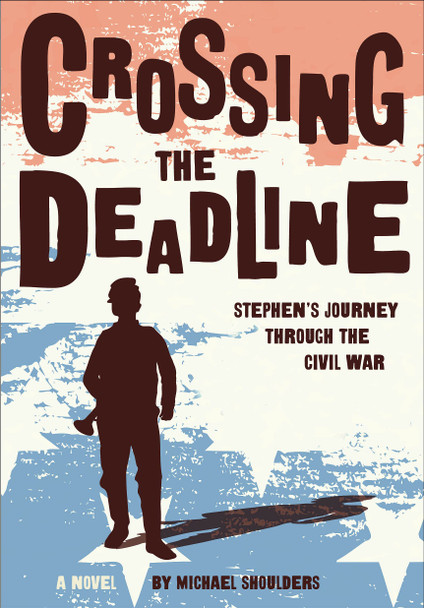 When Stephen's father passes away in 1861, he and his mother and brother are left at the mercy of a cruel uncle. As the Civil War intensifies to the south, Stephen's brother enlists to fight for the Union and help support the family. The war drags on and Stephen, an accomplished bugler in the town band, is witness to the sad consequences of slavery. The opportunity to enlist as Colonel Eli Lilly's personal bugler arises and Stephen jumps at the chance. After surviving the Battle of Sulphur Trestle in Alabama, Stephen is sent to a Confederate prison camp to await the end of the war. The trials of prison camp are severe but at war's end Stephen is set to be sent home to Indiana aboard the steamboat Sultana. However, disaster strikes and the ship catches fire and capsizes in America's largest maritime disaster. Through luck and fortitude Stephen survives, but his Civil War journey is one that will engage readers of all ages. Based on historical facts and characters, Stephan's story truly captures the essence of the era.

The book, Crossing the Deadline: Stephen's Journey Through the Civil War [Bulk, Wholesale, Quantity] ISBN# 9781585369522 in Paperback by Michael Shoulders may be ordered in bulk quantities. Minimum starts at 25 copies. Availability based on publisher status and quantity being ordered.
View AllClose

A Scythe of Fire: Through the Civil War with One of Lee's Most Legendary Regiments

MSRP:
Now:
As low as
Was:
One of the most revered units to participate in the Civil War, the Eighth Georgia Infantry made history for fighting at the forefront of the war's most famous battles. In this stirring volume, two...

The Problem with Everything: My Journey Through the New Culture Wars

MSRP:
Now:
As low as
Was:
In the fall of 2016, acclaimed author Meghan Daum began working on a book about the excesses of contemporary feminism. With Hillary Clinton soon to be elected, she figured even the most fiercely...

Women in the Civil War

MSRP:
Now:
As low as
Was:
The Civil War wrought cataclysmic changes in the lives of American Women on both sides of the conflict. Women in the Civil War demonstrates their enterprise, fortitude, and fierceness. In this...

The Killer Angels: The Classic Novel of the Civil War ( Civil War Trilogy #2 )

MSRP:
Now:
As low as
Was:
“My favorite historical novel . . . a superb re-creation of the Battle of Gettysburg, but its real importance is its insight into what the war was about, and what it meant.”—James M. McPherson In...

A Ballad of the Civil War [Paperback]

MSRP:
Now:
As low as
Was:
A Brother's War Tom Rigby didn't think that anything could ever come between him and his twin, Jack. But things begin to change when Tom learns that they are not allowed to play with their friend...

The Clock Without a Face: A Gus Twintig Mystery

MSRP:
Now:
As low as
Was:
We’ve buried 12 emerald-studded numbers?each handmade and one of a kind?in 12 holes across the United States. These treasures will belong to whoever digs them up first. The question: Where to dig?...

MSRP:
Now:
As low as
Was:
From America’s #1 radio talk-show host and multi-million-copy #1 New York Times bestselling author, a book for young readers with a history teacher who travels back in time to have adventures with...