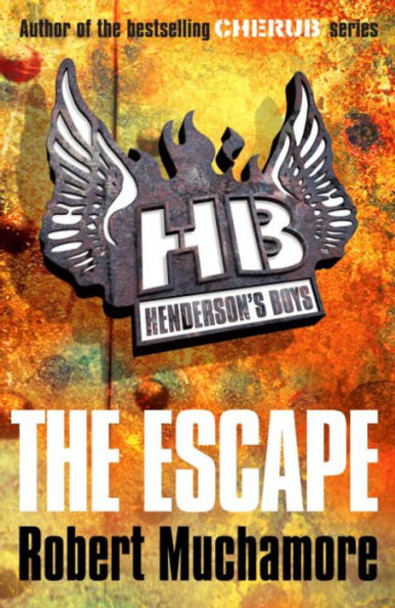 MSRP:
Now: List Price $10.99
Was:
— You save
Mass Market Paperback
This product qualifies for FREE US Ground Shipping on orders over $100.

Summer, 1940. Hitler's army is advancing towards Paris, and millions of French civilians are on the run. Amidst the chaos, two British children are being hunted by German agents. British spy Charles Henderson tries to reach them first, but he can only do it with the help of a twelve-year-old French orphan. The British secret service is about to discover that kids working undercover will help to win the war. For official purposes, these children do not exist.

The book, Henderson's Boys 1: The Escape [Bulk, Wholesale, Quantity] ISBN# 9780340956489 in Mass Market Paperback by Robert Muchamore may be ordered in bulk quantities. Minimum starts at 25 copies. Availability based on publisher status and quantity being ordered.
View AllClose

MSRP:
Now:
As low as
Was:
Things were bad enough when Luke, Lyssa, Will, J.J. Ian, and Charla were stuck alone on the island. But now they have company-really bad company. Plus, Will is seriously injured and needs help...

The Sasquatch Escape (The Imaginary Veterinary)

MSRP:
Now:
As low as
Was:
When Ben Silverstein is sent to the rundown town of Buttonville to spend the summer with his grandfather, he's certain it will be the most boring vacation ever. That is, until his grandfather's cat...

Ghost Boy: The Miraculous Escape of a Misdiagnosed Boy Trapped Inside His Own Body

MSRP:
Now:
As low as
Was:
They all thought he was gone. But he was alive and trapped inside his own body for ten years. In January 1988 Martin Pistorius, aged twelve, fell inexplicably sick. First he lost his voice and...

MSRP:
Now:
As low as
Was:
Ben has a problem. When he sleeps he dreams, and when he dreams, they're all nightmares! But he can also jump into other people's dreams. So when his friends start falling victim to an evil...

MSRP:
Now:
As low as
Was:
Gray Malin’s collection of incredible beach photography was a runaway hit. Now the it-photographer takes his astonishing photography beyond the beach. Collecting breathtaking images, journal entries,...

The Distracted Mind: Ancient Brains in a High-Tech World

MSRP:
Now:
As low as
Was:
"Brilliant and practical, just what we need in these techno-human times."--Jack Kornfield, author of The Wise Heart Most of us will freely admit that we are obsessed with our devices. We pride...

MSRP:
Now:
As low as
Was:
The silly sheep in Bedtime Barn don't want to go to bed! Will they ever tire out? br> "I'm thirsty!" squeaks a little voice. br> "Please leave on a light!" br> "I'm still not tired!" one cries out...

MSRP:
Now:
As low as
Was:
She was a young German Jew.He was an ardent member of the Hitler Youth.This is the story of their parallel journey through World War II.Helen Waterford and Alfons Heck were born just a few miles from...

The Adventures of Tom Sawyer [Hardcover]

MSRP:
Now:
As low as
Was:
Who could forget the pranks, the adventures, the sheer fun of Tom Sawyer? ItÛªs something every child should experience and every child will love.... The book, The Adventures of Tom Sawyer [Bulk,...

MSRP:
Now:
As low as
Was:
Written in the form of a suspense novel, "Emil & Karl" draws readers into the dilemma faced by two young boys--one Jewish, the other not--when they suddenly find themselves without homes or families...

MSRP:
Now:
As low as
Was:
From the author of the Newbery Medal- winning "Julie of the Wolves" and its sequel, Julie, comes a third exciting adventure about the wolf pack that saved the life of a young girl when she was lost...