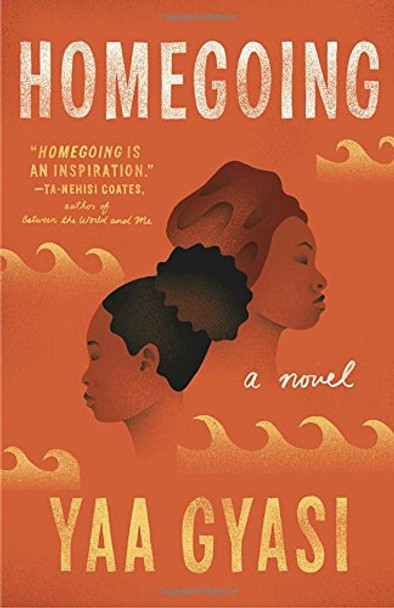 Ghana, eighteenth century: two half sisters are born into different villages, each unaware of the other. One will marry an Englishman and lead a life of comfort in the palatial rooms of the Cape Coast Castle. The other will be captured in a raid on her village, imprisoned in the very same castle, and sold into slavery.

Homegoing follows the parallel paths of these sisters and their descendants through eight generations: from the Gold Coast to the plantations of Mississippi, from the American Civil War to Jazz Age Harlem. Yaa Gyasi’s extraordinary novel illuminates slavery’s troubled legacy both for those who were taken and those who stayed—and shows how the memory of captivity has been inscribed on the soul of our nation.

The book, Homegoing [Bulk, Wholesale, Quantity] ISBN# 9781101971062 in Paperback by Yaa Gyasi may be ordered in bulk quantities. Minimum starts at 25 copies. Availability based on publisher status and quantity being ordered.
View AllClose

Fire in the Streets

MSRP:
Now: $8.99
Was:
What means more, shared values or shared blood? Maxie’s choice changes everything in this acclaimed companion to The Rock and the River. Bad things happen in the heat, they say. Maxie knows all about...

Vinny Gets a Job

MSRP:
Now: $17.99
Was:
The Secret Life of Pets meets Amelia Bedelia in this witty and sweet debut picture book about an overly-literal pup trying his paw at several different jobs and the hilarious mishaps that ensue. ...

MSRP:
Now: $7.99
Was:
Bunheads meets The Kicks in this first novel in a brand-new middle grade trilogy from New York Times bestselling author, dancer, model, and actress Maddie Ziegler! Twelve-year-old Harper has been...

MSRP:
Now: $26.95
Was:
A novel of breathtaking sweep and emotional power that traces three hundred years in Ghana and along the way also becomes a truly great American novel. Extraordinary for its exquisite language, its...

Dot Con: The Art of Scamming a Scammer

MSRP:
Now: $17.00
Was:
From viral comedy sensation James Veitch (as seen on TED, Conan, and The Tonight Show with Jimmy Fallon) comes a collection of laugh-out-loud funny exchanges with email scammers. The Nigerian prince...

MSRP:
Now: $12.99
Was:
Princess Miranda and Not-a-Princess Maude are total opposites and totally best friends! Fed up with nonstop testing, Miranda and Maude’s teacher makes a surprise announcement: They are going to put...

MSRP:
Now: $22.00
Was:
"Top Ten Business Books For 2017" - Forbes The fully revised and updated edition of the classic book about Nordstrom's extraordinary customer service. In this new edition of the management...

Happier Every Day: Simple Ways to Bring More Peace, Contentment and Joy Into Your Life [Hardcover]

MSRP:
Now: $16.99
Was:
Happiness. Contentment. Peace of mind. These are the qualities of life that people long for today, even as they seem harder than ever to attain. In Happier Every Day, author and yoga instructor...

The Code of Trust: An American Counter-Intelligence Expert?s Five Rules to Lead and Succeed [Hardcover]

MSRP:
Now: $25.99
Was:
Robin Dreeke is a senior agent at the FBI and an 18 year veteran of the Bureau. He was, until recently, the head of the Counterintelligence Division's Behavioral Analysis Program where his primary...

Think Like a Freak: The Authors of Freakonomics Offer to Retrain Your Brain [Hardcover]

MSRP:
Now: $28.99
Was:
The New York Times bestselling Freakonomics changed the way we see the world, exposing the hidden side of just about everything. Then came SuperFreakonomics, a documentary film, an award-winning...

MSRP:
Now: $17.99
Was:
A National Book Award Finalist with five starred reviews! American Street is an evocative and powerful coming-of-age story perfect for fans of Everything, Everything; Bone Gap; and All American Boys...

MSRP:
Now: $27.95
Was:
From the award-winning, New York Times- bestselling author of The Monsters of Templeton and Arcadia, one of the most anticipated books of the fall: an exhilarating novel about marriage, creativity,...