Lean Out: The Truth about Women, Power, and the Workplace 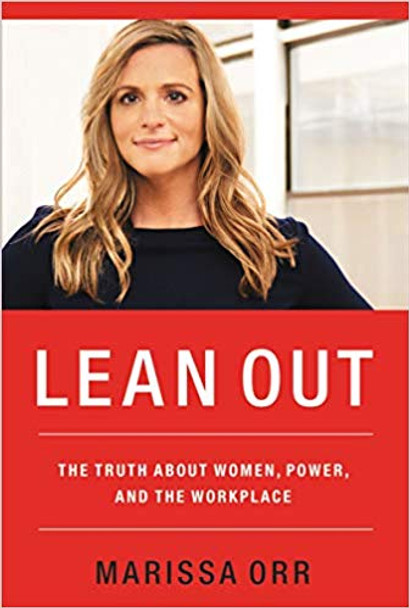 Lean Out: The Truth about Women, Power, and the Workplace

More than fifty years since the passage of the Equal Pay Act, the wage gap still hovers at 80 percent. Half a billion dollars are spent annually on corporate diversity programs, yet only 5 percent of CEOs in the Fortune 500 are women. Lean Out is an ambitious attempt to answer the question few dare to ask: What have we’ve gotten wrong about women at work?

Based on in-depth research and personal experiences, Lean Out is inspired by the journey of Marissa Orr, a single mom of three trying to succeed in her fifteen-year career at the world’s top tech giants. In an eye-opening account, Orr exposes the systemic dysfunction at the heart of today’s most powerful corporations and how their pursuit to close the gender gap has come at the expense of female well-being.

“Fewer women at the top is a clear signal that the system is broken,” says Orr. “With female-dominant strengths such as empathy and consensus-building being the future of business, the headlines forecast that women will dominate the future generations of corporate leaders. But that won’t happen until prescriptions for success stop requiring women to act more like men, mistaking traits such as empathy as signals of weakness.”

Lean Out provides a new and refreshingly candid perspective on what it’s really like for today’s corporate underdogs, while challenging modern feminist rhetoric and debunking the belief that everyone has to be the same in order to be equal. Offering compelling new arguments for the reasons more women don’t make it to the top, Lean Out presents a revolutionary path forward, to change the life trajectories of women in the corporate world and beyond.

The book, Lean Out: The Truth about Women, Power, and the Workplace [Bulk, Wholesale, Quantity] ISBN# 9781595557568 in Hardcover by Marissa Orr may be ordered in bulk quantities. Minimum starts at 25 copies. Availability based on publisher status and quantity being ordered.
View AllClose

MSRP:
Now:
As low as
Was:
What's the hard truth? Soft skills get little respect but will make or break your career. Master your soft skills and really get ahead at work! Fortune 500 coach Peggy Klaus encounters individuals...

The Truth about Magic: Poems

MSRP:
Now:
As low as
Was:
The instant New York Times bestseller from the mysterious and romantic poet Atticus, Instagram sensation and author of Love Her Wild and the Dark Between Stars. In his third collection of poems,...

The Truth about Men: What Men and Women Need to Know

MSRP:
Now:
As low as
Was:
We hear it all the time. Men cheat. Men love power. Men love sex. Men are greedy. Men are dogs. But is this the truth about men? In this groundbreaking book, DeVon Franklin dishes the real Truth...

Lean in: Women, Work, and the Will to Lead

MSRP:
Now:
As low as
Was:
Before Sheryl Sandberg became the chief operating officer of Facebook, she worked under former United States Secretary of Treasury Larry Summers as chief of staff and with Google as the vice...

Truth Has a Power of Its Own: Conversations about a People's History

MSRP:
Now:
As low as
Was:
Never before published, an extraordinarily inspiring and radical conversation between Howard Zinn and PBS/NPR journalist Ray Suarez, wherein American history is turned upside down—published to...

The Lotterys Plus One [Hardcover]

MSRP:
Now:
As low as
Was:
Sumac Lottery is nine years old and the self-proclaimed "good girl" of her (VERY) large, (EXTREMELY) unruly family. And what a family the Lotterys are: four parents, children both adopted and...

MSRP:
Now:
As low as
Was:
Hatberry Shoeberry In my canoeberry Under the bridge And over the dam Looking for berries Berries for jam They're off...a boy and an endearing, rhyme-spouting bear, who squires him through a...

MSRP:
Now:
As low as
Was:
A striking debut celebrating the warm bond between a little boy and his dad as they work hard to achieve their dreams Papi is a bricklayer, and he works hard every day to help build the city, brick...

MSRP:
Now:
As low as
Was:
Magic, love spells, and an enchanted wood provide the materials for one of Shakespeare's most delightful comedies. When four young lovers, fleeing the Athenian law and their own mismatched rivalries,...

Jump and Other Stories [Paperback]

MSRP:
Now:
As low as
Was:
Ms. Gordimer's South Africa is conveyed in passages of relentless sensual and emotional fidelity. Moments matter, deserve the painstaking eye for detail, the moral intelligence she devotes to...