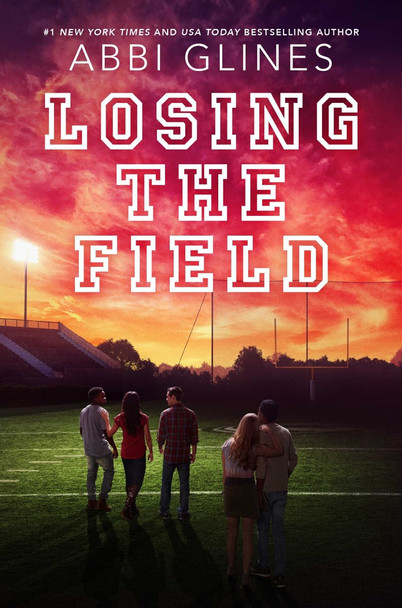 Tallulah Liddell had been defined by her appearance for as long as she could remember. Overweight and insecure, she preferred to fly under the radar, draw as little attention to herself so no one can hurt her. The only boy who did seem to ever notice her was her longtime crush, Nash Lee. But when he laughs at a joke aimed at Tallulah the summer before their senior year, Tallulah’s love dissipates, and she becomes determined to lose weight, to no longer be an object of her classmates’—and especially Nash’s—ridicule.

Nash Lee has it all—he’s the star running back of Lawton’s football team, being scouted by division one colleges, and on track to have a carefree senior year. But when an accident leaves him with a permanent limp, all of Nash’s present and future plans are destroyed, leaving him bitter, angry, and unrecognizable from the person he used to be.

Facing a new school year with her new body, Tallulah is out to seek revenge on Nash’s cruelty. All does not go according to plan, though, and Tallulah and Nash unexpectedly find themselves falling for each other. But with all the pain resting in each of their hearts, can their love survive?

The book, Losing the Field (Field Party) [Bulk, Wholesale, Quantity] ISBN# 9781534403895 in Paperback by Abbi Glines may be ordered in bulk quantities. Minimum starts at 25 copies. Availability based on publisher status and quantity being ordered.
View AllClose

On the Field With... Peyton and Eli Manning

On the Field with... Derek Jeter

MSRP:
Now:
As low as
Was:
When he was a little boy, Derek Jeter dreamed only one dream -- he wanted to play shortstop for the New York Yankees. Today, Derek Jeter lives that dream, and more. He has been the team's star...

MSRP:
Now:
As low as
Was:
The Energy Bus Field Guide is your roadmap to fueling your life, work and team with positive energy. The international bestseller The Energy Bus has helped millions of people from around the world...

MSRP:
Now:
As low as
Was:
Make bird watching in Washington even more enjoyable! With Stan Tekiela's famous field guide, bird identification is simple and informative. There's no need to look through dozens of photos of birds...

A Wild and Precious Life: A Memoir [Hardcover]

MSRP:
Now:
As low as
Was:
A lively, intimate memoir from an icon of the gay rights movement, describing gay life in 1950s and 60s New York City and her longtime activism which opened the door for marriage equality. Edie...

Girls to the Rescue Vol. 1: Tales of Clever, Courageous Girls from Around the World [Paperback]

MSRP:
Now:
As low as
Was:
In most fairy tales the helpless girl waits around for a prince to rescue her. But, the spunky girls in these entertaining and inspiring stories are much too busy saving the day to wait around for...

Harold and the Purple Crayon Board Book [Hardcover]

MSRP:
Now:
As low as
Was:
The beloved classic is now available as a durable board book--ideal for little hands! Full colorThe book, Harold and the Purple Crayon Board Book ISBN 9780062086525 in Hardcover by Johnson, Crockett...

MSRP:
Now:
As low as
Was:
Now in a 6x9 size, perfect for little hands! A walk in town turns into a harrowing adventure for six little ducklings in this Guided Reading Level C Book. Following their mother down the street,...

I Love You All Day Long

MSRP:
Now:
As low as
Was:
Owen's anxious question prompts this heartwarming, comforting tale of how a parent's love stays with a child whether they are together or apart -- all day long. The book, I Love You All Day Long...

MSRP:
Now:
As low as
Was:
Ancient Egypt is a subject of never-ending fascination for primary grade kids. Here they learn all about hieroglyphs, the beautiful pictogram writing that appears on mummy cases, papyrus scrolls,...