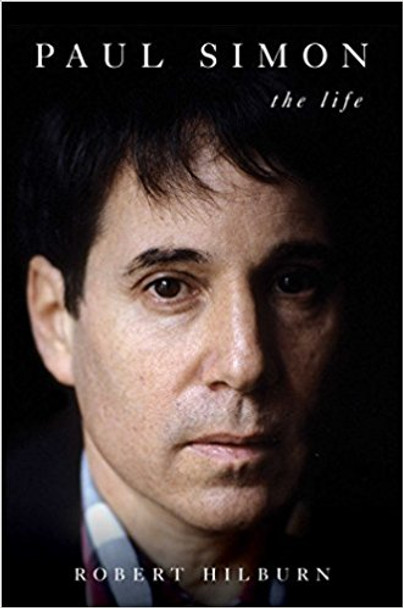 A publishing event from music legend Paul Simon: an intimate, candid, and definitive biography written with Simon’s participation—but without editorial control—by acclaimed biographer and music writer Robert Hilburn. Through such hits as “The Sound of Silence,” “Bridge Over Troubled Water,” “Still Crazy After All These Years,” and “Graceland,” Paul Simon has spoken to us in songs for a half-century about alienation, doubt, resilience, and empathy in ways that have established him as one of the most honored and beloved songwriters in American pop music history. His music has gone beyond the sales charts into our cultural consciousness. He was the first songwriter awarded the Gershwin Prize by the Library of Congress and is a member of the Rock and Roll Hall of Fame (twice) and the Songwriters Hall of Fame. Deeply private, Simon has said he will not write an autobiography and has refused to talk to previous biographers. But he not only opened up to acclaimed biographer Robert Hilburn for what has amounted to more than 100 hours, he also urged those around him to speak. Independently, Hilburn also interviewed others who have been important in Simon’s life, including his first two wives, Peggy Harper and Carrie Fisher, as well as, for the first time, people close to Kathy Chitty, his long-reclusive first muse. The result is a deeply human account of the challenges and sacrifices of a life in music at the highest level, including the courage to leave Simon and Garfunkel at the peak of the duo’s popularity to pursue more fully his expanding artistic goals. Hilburn documents Simon’s search for artistry and his constant struggle to protect that artistry against distractions—fame, marriage, divorce, drugs, record company interference, rejection, and insecurity—that have derailed so many great pop figures. Paul Simon: The Life is an intimate and inspiring narrative that helps us finally understand Paul Simon the person and the artist, including new and absorbing insights into his most enduring songs. Exploring his successes and failures onstage and off, the book combines the scholarship, passion, and storytelling grace of biography at its best.

The book, Paul Simon: The Life [Bulk, Wholesale, Quantity] ISBN# 9781501112126 in Hardcover by Robert Hilburn may be ordered in bulk quantities. Minimum starts at 25 copies. Availability based on publisher status and quantity being ordered.
View AllClose

MSRP:
Now:
As low as
Was:
The Simon & Schuster Thesaurus for Children provides students with the tools they need to build their vocabulary, improve their writing skills, and express themselves more accurately and precisely......

MSRP:
Now:
As low as
Was:
Are germs gross, or great? Sick Simon learns how to be health-conscious during cold and flu season in this clever picture book from the author-illustrator of "The Great Lollipop Caper." Simon is...

MSRP:
Now:
As low as
Was:
How to be a STEAM thinker. Sydney and Simon are twin mice on a mission. They want to enter their flowers in the neighborhood flower show, but the flowers in the window box are wilting in the city...

MSRP:
Now:
As low as
Was:
Sixth-grader Simon Bloom can?t believe his luck when he finds a book that enables him to control the laws of physics. By simply reciting the formulas it contains, he can cancel gravity to fly around...

The War That Saved My Life [Hardcover]

MSRP:
Now:
As low as
Was:
An exceptionally moving story of triumph against all odds set during World War 2, from the acclaimed author of Jefferson?s Sons and for fans of Number the Stars. Nine-year-old Ada has never left her...

Getting Things Done for Teens: Take Control of Your Life in a Distracting World [Paperback]

MSRP:
Now:
As low as
Was:
Stunning praise for GETTING THINGS DONE FOR TEENS: “As a GTD devotee for nearly two decades, I know how these principles have transformed my own work life. So I’m thrilled that David Allen is...

MSRP:
Now:
As low as
Was:
Receive Healing Now! God has left you many healing promises in His Word and His desire is for you to live in health and enjoy your life! All health challenges, large and small, can be overcome by...

The New Way to Cake: Simple Recipes with Exceptional Flavor

MSRP:
Now:
As low as
Was:
Put Flavor First with 60 Easy, Stylish Cakes Unlock a whole new world of flavor with Benjamina Ebuehi’s signature cakes. Inspired by her journey to The Great British Bake Off and beyond, Benjamina’s...

MSRP:
Now:
As low as
Was:
Native Women of Courage profiles ten outstanding women leaders in the Native community. All of these successful, trailblazing women are stellar role models who have raised the profile of indigenous...

Only One Life: How a Woman's Every Day Shapes an Eternal Legacy

MSRP:
Now:
As low as
Was:
Life keeps us running so fast and frenzied that we often lose sight of each day’s holy potential. Yet as a woman loved and called by God, your ordinary everyday matters more than you could possibly...