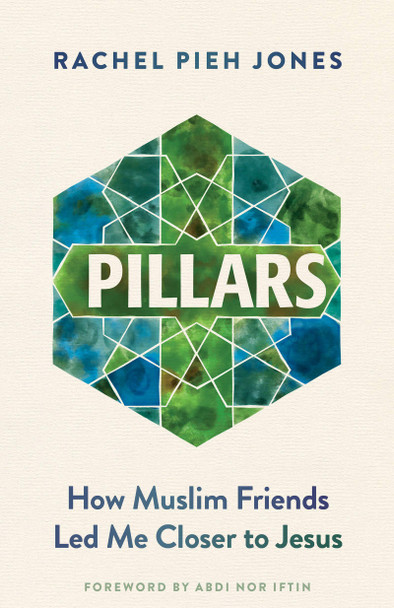 Personal friendships with Somali Muslims overcome the prejudices and expand the faith of a typical American Evangelical Christian living in the Horn of Africa.

When Rachel Pieh Jones moved from Minnesota to rural Somalia with her husband and twin toddlers eighteen years ago, she was secure in a faith that defined who was right and who was wrong, who was saved and who needed saving. She had been taught that Islam was evil, full of lies and darkness, and that the world would be better without it.

Luckily, locals show compassion for this blundering outsider who can’t keep her headscarf on or her toddlers from tripping over AK-47s. After the murder of several foreigners forces them to evacuate, the Joneses resettle in nearby Djibouti.

Jones recounts, often entertainingly, the personal encounters and growing friendships that gradually dismantle her unspoken fears and prejudices and deepen her appreciation for Islam. Unexpectedly, along the way she also gains a far richer understanding of her own Christian faith. Grouping her stories around the five pillars of Islam – creed, prayer, fasting, giving, and pilgrimage – Jones shows how her Muslim friends’ devotion to these pillars leads her to rediscover ancient Christian practices her own religious tradition has lost or neglected.

Jones brings the reader along as she reexamines her assumptions about faith and God through the lens of Islam and Somali culture. Are God and Allah the same? What happens when one’s ideas about God and the Bible crumble and the only people around are Muslims? What happens is that she discovers that Jesus is more generous, daring, and loving than she ever imagined.

The book, Pillars: How Muslim Friends Led Me Closer to Jesus [Bulk, Wholesale, Quantity] ISBN# 9781636080062 in Paperback by Rachel Pieh Jones; Abdi Nor Iftin (Foreword by) may be ordered in bulk quantities. Minimum starts at 25 copies. Availability based on publisher status and quantity being ordered.
View AllClose

Just My Friend and Me

How to Be a Friend: A Guide to Making Friends and Keeping Them

MSRP:
Now:
As low as
Was:
Written and illustrated by the creators of the popular Dino Life Guides for Families, this book uses precise language and humorous illustrations to offer specific ways to be a friend and specific...

No God But One: Allah or Jesus?: A Former Muslim Investigates the Evidence for Islam and Christianity

MSRP:
Now:
As low as
Was:
On account of the superficial points of agreement between Islam and Christianity, many don’t see how tremendously deep the divides between them really are, and fewer still have considered the...

Miraculous Movement: How Hundreds of Thousands of Muslims Are Falling in Love with Jesus [Paperback]

MSRP:
Now:
As low as
Was:
How do the people most resistant to the transformative power of the gospel come to be its most devoted followers? Miraculous Movement recounts an amazing change taking place within Muslim communities...

The Islamic Jesus: How the King of the Jews Became a Prophet of the Muslims [Hardcover]

MSRP:
Now:
As low as
Was:
When Reza Aslan's bestseller Zealot came out in 2013, there was criticism that he hadn't addressed his Muslim faith while writing the origin story of Christianity. In fact, Ross Douthat of The New...

The Future Is Faster Than You Think: How Converging Technologies Are Transforming Business, Industries, and Our Lives (Exponential Technology Series)

MSRP:
Now:
As low as
Was:
**2020 OWL AWARD BIG IDEA CATEGORY WINNER**From the New York Times bestselling authors of Abundance and Bold comes a practical playbook for technological convergence in our modern era. In their book...

MSRP:
Now:
As low as
Was:
“Now these women, they can WRITE!” —Terry McMillan, New York Times bestselling author of It’s Not All Downhill from Here “We Are Not Like Them will stay with you long after you turn the last page...

MSRP:
Now:
As low as
Was:
Apocalypse got you down? Whatever you do, don't think about it! "Hilarious would be an understatement to describe this book and I found myself lost for words." - Divine Zape for Readers'...

MSRP:
Now:
As low as
Was:
**2020 OWL AWARD ELEMENTARY CATEGORY WINNER**From the author of the acclaimed Roll with It comes a moving novel about a girl with a sensory processing disorder who has to find her own voice after her...

MSRP:
Now:
As low as
Was:
**2019 OWL AWARD POLITICS & CURRENT EVENTS CATEGORY WINNER**On March 16, 2018, just twenty-six hours before his scheduled retirement from the organization he had served with distinction for more...

The Sum of Us: What Racism Costs Everyone and How We Can Prosper Together

MSRP:
Now:
As low as
Was:
A powerful new exploration about the self-destructive bargain of white supremacy and its rising cost to all of us--including white people--from one of today's most insightful and influential thinkers...