Redlined: A Memoir of Race, Change, and Fractured Community in 1960s Chicago 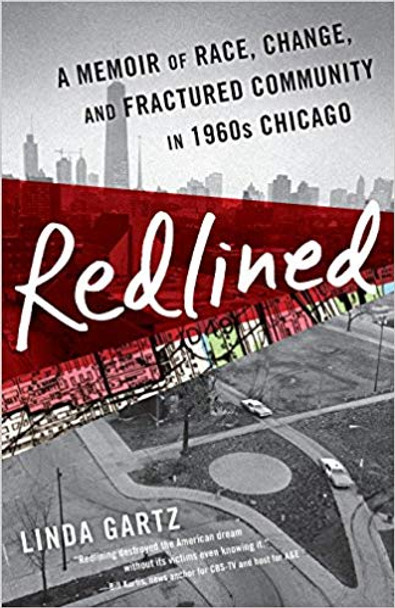 Redlined: A Memoir of Race, Change, and Fractured Community in 1960s Chicago

MSRP:
Now: List Price $16.95
Was:
— You save
Paperback
This product qualifies for FREE US Ground Shipping on orders over $100.

Set against the backdrop of the Civil Rights Movement, Redlined exposes the racist lending rules that refuse mortgages to anyone in areas with even one black resident. As blacks move deeper into Chicago’s West Side during the 1960s, whites flee by the thousands. But Linda Gartz’s parents, Fred and Lil choose to stay in their integrating neighborhood, overcoming previous prejudices as they meet and form friendships with their African American neighbors. The community sinks into increasing poverty and crime after two race riots destroy its once vibrant business district, but Fred and Lil continue to nurture their three apartment buildings and tenants for the next twenty years in a devastated landscape―even as their own relationship cracks and withers. After her parents’ deaths, Gartz discovers long-hidden letters, diaries, documents, and photos stashed in the attic of her former home. Determined to learn what forces shattered her parents’ marriage and undermined her community, she searches through the family archives and immerses herself in books on racial change in American neighborhoods. Told through the lens of Gartz’s discoveries of the personal and political, Redlined delivers a riveting story of a community fractured by racial turmoil, an unraveling and conflicted marriage, a daughter’s fight for sexual independence, and an up-close, intimate view of the racial and social upheavals of the 1960s.

The book, Redlined: A Memoir of Race, Change, and Fractured Community in 1960s Chicago [Bulk, Wholesale, Quantity] ISBN# 9781631523205 in Paperback by Linda Gartz may be ordered in bulk quantities. Minimum starts at 25 copies. Availability based on publisher status and quantity being ordered.
View AllClose

Chasing My Cure: A Doctor's Race to Turn Hope Into Action; A Memoir

MSRP:
Now:
As low as
Was:
The powerful memoir of a young doctor and former college athlete diagnosed with a rare disease who spearheaded the search for a cure—and became a champion for a new approach to medical research. “An...

The Last Hunger Season : A Year in an African Farm Community on the Brink of Change

MSRP:
Now:
As low as
Was:
At 4:00 am, Leonida Wanyama lit a lantern in her house made of sticks and mud. She was up long before the sun to begin her farm work, as usual. But this would be no ordinary day, this second Friday...

Change of Seasons: A Memoir [Paperback]

MSRP:
Now:
As low as
Was:
Now in paperback with new material, a memoir by John Oates of Hall & Oates, the most successful musical duo of all time. John Oates was born at the perfect time, paralleling the birth of rock ‘n roll...

Change of Seasons: A Memoir [Hardcover]

MSRP:
Now:
As low as
Was:
Includes an exclusive new album as a companion to the book! John Oates was born at the perfect time, paralleling the birth of rock ‘n roll. Raised in a small Pennsylvania town, he was exposed to...

MSRP:
Now:
As low as
Was:
Includes an exclusive EP as a companion to the book! John Oates was born at the perfect time, paralleling the birth of rock ‘n roll. Raised in a small Pennsylvania town, he was exposed to folk,...

Mercies in Disguise: A Story of Hope, a Family's Genetic Destiny, and the Science That Rescued Them [Hardcover]

MSRP:
Now:
As low as
Was:
The phone rings. The doctor from California is on the line. “Are you ready Amanda?” The two people Amanda Baxley loves the most had begged her not to be tested―at least, not now. But she had to find...

MSRP:
Now:
As low as
Was:
Are you ready? Gil Goodson's future happiness depends on winning the GollyToy & Game Company's ultimate competition. If Gil wins, his dad has promised that the family can move away from all the...

Baby Wren and the Great Gift

MSRP:
Now:
As low as
Was:
The Baby Wren and the Great Gift, written by bestselling author Sally Lloyd-Jones and illustrated by Jen Corace, is a celebration of all the wonderful gifts God has given us. The tiny wren marvels at...

The 10ks of Personal Branding: Create a Better You

MSRP:
Now:
As low as
Was:
Are you an employee stuck in a career rut? Are you a student looking to get the right start? Or do you just want to create a better you?... The book, The 10ks of Personal Branding: Create a Better...

Spies of No Country: Secret Lives at the Birth of Israel

MSRP:
Now:
As low as
Was:
“Wondrous . . . Compelling . . . Piercing.” —The New York Times Book Review Award-winning writer Matti Friedman’s tale of Israel’s first spies has all the tropes of an espionage novel, including...