Sounds Like Me: My Life (So Far) in Song 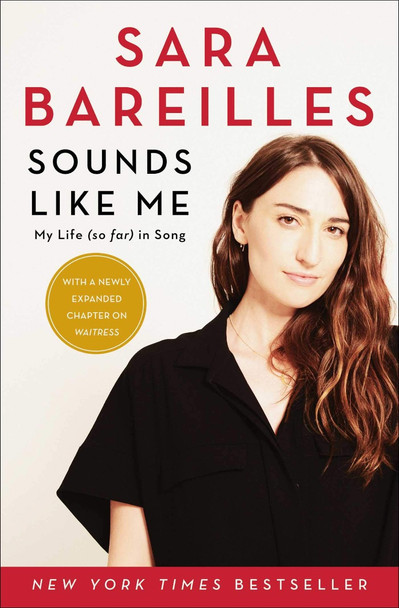 Sounds Like Me: My Life (So Far) in Song

Sara Bareilles “pours her heart and soul into these essays” (Associated Press), sharing the joys and the struggles that come with creating great work, all while staying true to yourself. Imbued with humor and marked by Sara’s confessional writing style, this essay collection tells the inside story behind some of her most popular songs. Well known for her chart-topper “Brave,” Sara first broke through in 2007 with her multi-platinum single “Love Song.” She has since released seven albums that have sold millions of copies and spawned several hits.

“A breezy, upbeat, and honest reflection of this multitalented artist” (Kirkus Reviews), Sounds Like Me reveals Sara Bareilles, the artist—and the woman—on songwriting, soul searching, and what’s discovered along the way.

The book, Sounds Like Me: My Life (So Far) in Song [Bulk, Wholesale, Quantity] ISBN# 9781982142223 in Paperback by Sara Bareilles may be ordered in bulk quantities. Minimum starts at 25 copies. Availability based on publisher status and quantity being ordered.
View AllClose

So Far from the Sea

MSRP:
Now:
As low as
Was:
Laura Iwasaki and her family are paying what may be their last visit to Laura's grandfather's grave. The grave is at Manzanar, where thousands of Americans of Japanese heritage were interned during...

Unstoppable: My Life So Far

MSRP:
Now:
As low as
Was:
From Maria Sharapova, one of our fiercest female athletes, the captivating―and candid―story of her rise from nowhere to tennis stardom, and the unending fight to stay on top. In 2004, in a stunning...

MSRP:
Now:
As low as
Was:
Listen! Do you hear a sound? Noises come from all around. Soft and gentle, loud and clear. Oh so many sounds to hear! SoMany Sounds is a wonderful rhyming read-aloud featuring everyday sounds and a...

One Question a Day: My Life So Far: A Daily Journal for Recording Your Life Story

MSRP:
Now:
As low as
Was:
Write your autobiography in just one question a day! Everybody has a story, and this book enables even reluctant journal writers to record an autobiography. By answering just one thought-provoking...

Unstoppable: My Life So Far [Paperback]

MSRP:
Now:
As low as
Was:
*One of The Boston Globe's Best Books of 2017* From the five-time Grand Slam winner Maria Sharapova, the candid, captivating story of her rise to tennis stardom In the middle of the night, a father...

MSRP:
Now:
As low as
Was:
Zooom! Wooeeee . . . ! "Make way!" The big city sure is a speedy, noisy place for a country truck like Blue. Everywhere Blue looks, he sees buses, police cars, taxis, vans, a street sweeper, and even...

MSRP:
Now:
As low as
Was:
Join the Shopkins(TM) for an all-new adventure in this illustrated 8x8 storybook. When Lippy Lips decides to direct her own film, all the Shopkins are excited to audition. But who will get the lead...

One Year Wiser: A Graphic Guide to Mindful Living

MSRP:
Now:
As low as
Was:
As we travel through the world, we are often faced with conflicts and challenges that cause unhappiness, fear, or anxiety. Meditation, or the practice of mindfulness, has the power to transform this...

MSRP:
Now:
As low as
Was:
Skip, splash, sniff and cuddle with the cutest animals in the rough with Wild Baby Animals. Venture out into the world of monkeys, squirrels, bears, foxes and more and as they play, learn, and...

Song of the Seed: The Monastic Way of Tending the Soul

MSRP:
Now:
As low as
Was:
From the bestselling author of Seasons of Your Heart and A Tree Full of Angels, a lyric, loving, and inspiring approach to communion with God based on Benetictine spiritualityThe book, Song of the...