The Creative Curve: How to Develop the Right Idea, at the Right Time 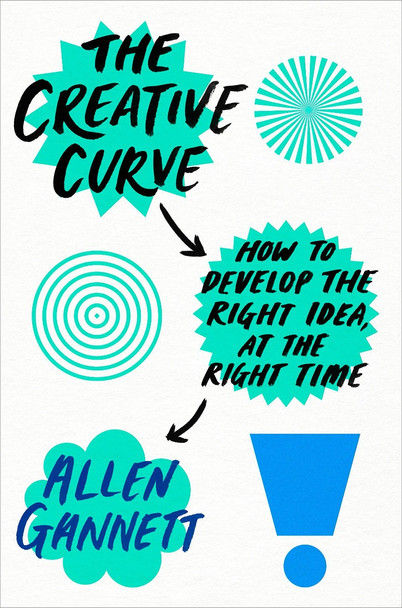 The Creative Curve: How to Develop the Right Idea, at the Right Time

Big data entrepreneur Allen Gannett overturns the mythology around creative genius, and reveals the science and secrets behind achieving breakout commercial success in any field.

We have been spoon-fed the notion that creativity is the province of genius -- of those favored, brilliant few whose moments of insight arrive in unpredictable flashes of divine inspiration. And if we are not a genius, we might as well pack it in and give up. Either we have that gift, or we don’t. But Allen shows that simply isn’t true. Recent research has shown that there is a predictable science behind achieving commercial success in any creative endeavor, from writing a popular novel to starting up a successful company to creating an effective marketing campaign.

In a thoroughly entertaining book that describes the stories and insights of everyone from the Broadway team behind Dear Evan Hansen, to the founder of Reddit, from the Chief Content Officer of Netflix to Michelin star chefs, Gannett reveals the four laws of creative success and identifies the common patterns behind their achievement.

The book, The Creative Curve: How to Develop the Right Idea, at the Right Time [Bulk, Wholesale, Quantity] ISBN# 9781524761714 in Hardcover by Allen Gannett may be ordered in bulk quantities. Minimum starts at 25 copies. Availability based on publisher status and quantity being ordered.
View AllClose

How to Develop Plcs for Singletons and Small Schools

The Servant Leader: How to Build a Creative Team, Develop Great Morale, and Improve Bottom-Line Performance

MSRP:
Now: $17.00
Was:
A Practical Guide to Using the Principles of Servant Leadership Leadership is a calling. And servant leadership—the idea that managing with respect, honesty, love, and spirituality empowers...

Top Performance: How to Develop Excellence in Yourself and Others

MSRP:
Now: $16.00
Was:
Fact: Eighty-five percent of the reason you get a job, keep the job, and move ahead in the job depends on your people skills-your ability to deal with others effectively. Now, Zig Ziglar, America's...

MSRP:
Now: $32.50
Was:
An action-packed memoir that takes readers on the road with rock and roll’s hardest-working photographer. Bob Gruen is one of the most well-known and connected photographers in rock and roll. For...

Reorg: How to Get It Right

MSRP:
Now: $32.00
Was:
Most executives will lead or be a part of a reorganization (a “reorg”). And for good reason—reorgs are one of the best ways for companies to unlock latent value, especially in a changing business...

Customers for Life: How to Turn That One-Time Buyer into a Lifetime Customer [Paperback]

MSRP:
Now: $17.00
Was:
In this completely revised and updated edition of the customer service classic (more than 600,000 copies sold), Carl Sewell enhances his time-tested advice with fresh ideas and new examples and...

MSRP:
Now: $19.99
Was:
WORK SMARTER, NOT HARDER, with The Princeton Review! This revised 5th edition of our popular ACT practice question compendium contains 1,471 practice problems to help familiarize you with the exam,...

Don't Be Evil: The Case Against Big Tech

MSRP:
Now: $18.00
Was:
A penetrating indictment of how today’s largest tech companies are hijacking our data, our livelihoods, our social fabric, and our minds—from an acclaimed Financial Times columnist and CNN analyst ...

MSRP:
Now: $28.00
Was:
The shocking truth about postwar adoption in America, told through the bittersweet story of one teenager, the son she was forced to relinquish, and their search to find each other During the Baby...

MSRP:
Now: $18.95
Was:
The highly anticipated 2nd edition of the best-selling gold and silver investing book of the century. Completely revised, with over 100 entirely new pages of content. "Throughout the ages, many...

AIQ: How People and Machines Are Smarter Together [Hardcover]

MSRP:
Now: $26.99
Was:
Named a Best Business Book of 2018 in the Innovation category from Strategy + Business: https://www.strategy-business.com/article/Best-Business-Books-2018-Innovation. “There comes a time in the...

MSRP:
Now: $39.95
Was:
Veteran project manager and University of California professor Zachary Wong identifies the eight most common people problems in managing projects and offers a flexible, customizable approach to...

MSRP:
Now: $16.00
Was:
The inspiring, life-changing bestseller by the author of LEADERS EAT LAST and TOGETHER IS BETTER. In 2009, Simon Sinek started a movement to help people become more inspired at work, and in turn...