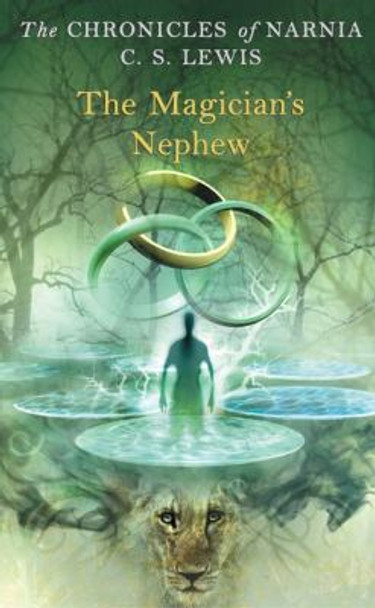 A mass-market paperback edition of The Magician's Nephew, book one in the classic fantasy series, The Chronicles of Narnia, featuring cover art by Cliff Nielsen and black-and-white interior artwork by the original illustrator of Narnia, Pauline Baynes. On a daring quest to save a life, two friends are hurled into another world, where an evil sorceress seeks to enslave them. But then the lion Aslan's song weaves itself into the fabric of a new land, a land that will be known as Narnia. And in Narnia, all things are possible. The adventure begins in The Magician's Nephew, the first title in C. S. Lewis's classic fantasy series, which has captivated readers of all ages for over sixty years. This is a stand-alone novel, but if you want to encounter more of the wonders of Narnia, read The Lion, the Witch and the Wardrobe, the second book in The Chronicles of Narnia.

The book, The Magician's Nephew [Bulk, Wholesale, Quantity] ISBN# 9780064471107 in Paperback by Lewis, C. S. may be ordered in bulk quantities. Minimum starts at 25 copies. Availability based on publisher status and quantity being ordered.
View AllClose

MSRP:
Now:
As low as
Was:
A beautiful paperback edition of The Magician's Nephew, book three in the classic fantasy series, The Chronicles of Narnia, featuring cover art by three time Caldecott Medal-winning illustrator,...

MSRP:
Now:
As low as
Was:
"When Gregor Samsa woke up one morning from unsettling dreams, he found himself changed in his bed into a monstrous vermin." With this startling, bizarre, yet surprisingly funny first sentence,...

MSRP:
Now:
As low as
Was:
In the Nevada desert, an experiment has gone horribly wrong. A cloud of nanoparticles-micro-robots-has escaped from the laboratory. This cloud is self-sustaining and self-reproducing. It is...

MSRP:
Now:
As low as
Was:
A full-color paperback edition of The Magician's Nephew, book one in the classic fantasy series, The Chronicles of Narnia. This edition is complete with full-color cover and interior art by the...

MSRP:
Now:
As low as
Was:
The powerful forces of group pressure that pervaded many historic movements such as Nazism are recreated in the classroom when history teacher Burt Ross introduces a "new" system to his students. And...

MSRP:
Now:
As low as
Was:
"Life is beautiful! Life is wondrous! Every star above is shining just for us!" GRAMMY® Award-winning artist Keb’ Mo’ brings one of his beloved songs to life to remind us that life is beautiful...

Island of the Blue Dolphins [Paperback]

MSRP:
Now:
As low as
Was:
Winner of the John Newbery Medal, Island of the Blue Dolphins tells the story of a young Indian girl named Karana who gets left behind on a beautiful island. The island itself looks like a fish and...

In Cuba I Was a German Shepherd [Paperback]

MSRP:
Now:
As low as
Was:
This Pushcart Prize-winning story--a masterpiece of humor and heartbreak--unfolds a series of family snapshots that illuminate the landscape of an exiled community rich in heritage, memory, and...

MSRP:
Now:
As low as
Was:
Argues that failures in structural engineering are not necessarily due to the physical design of the structures, but instead a misunderstanding of how cultural and socioeconomic constraints would...