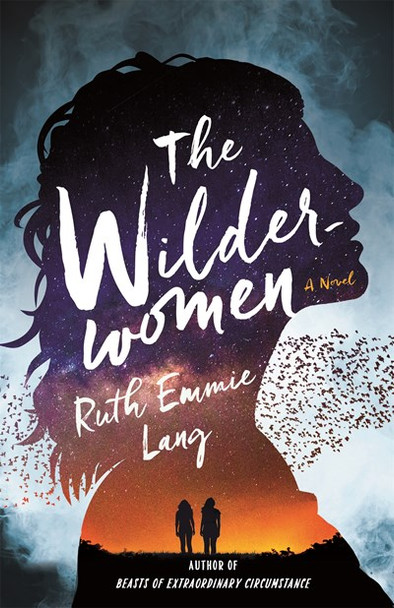 Ohioana Book Award finalist Ruth Emmie Lang returns with a new cast of ordinary characters with extraordinary abilities. Five years ago, Nora Wilder disappeared. The older of her two daughters, Zadie, should have seen it coming, because she can literally see things coming. But not even her psychic abilities were able to prevent their mother from vanishing one morning.

Zadie’s estranged younger sister, Finn, can’t see into the future, but she has an uncannily good memory, so good that she remembers not only her own memories, but the echoes of memories other people have left behind. On the afternoon of her graduation party, Finn is seized by an “echo” more powerful than anything she’s experienced before: a woman singing a song she recognizes, a song about a bird…

When Finn wakes up alone in an aviary with no idea of how she got there, she realizes who the memory belongs to: Nora.

Now, it’s up to Finn to convince her sister that not only is their mom still out there, but that she wants to be found. Against Zadie’s better judgement, she and Finn hit the highway, using Finn’s echoes to retrace Nora’s footsteps and uncover the answer to the question that has been haunting them for years: Why did she leave?

But the more time Finn spends in their mother’s past, the harder it is for her to return to the present, to return to herself. As Zadie feels her sister start to slip away, she will have to decide what lengths she is willing to go to to find their mother, knowing that if she chooses wrong, she could lose them both for good.

The book, The Wilderwomen [Bulk, Wholesale, Quantity] ISBN# 9781250246912 in Hardcover by Ruth Emmie Lang may be ordered in bulk quantities. Minimum starts at 25 copies. Availability based on publisher status and quantity being ordered.
View AllClose

Boomers: The Men and Women Who Promised Freedom and Delivered Disaster

MSRP:
Now:
As low as
Was:
"Baby Boomers (and I confess I am one): prepare to squirm and shake your increasingly arthritic little fists. For here comes essayist Helen Andrews."--Terry Castle With two recessions and a botched...

MSRP:
Now:
As low as
Was:
Get your Dr. Seuss books for sale in bulk! Images from the work of Dr. Seuss for all ages to color This beautiful book—featuring two colors of foil on the cover—will provide hours of...

Have a Little Pun: An Illustrated Play on Words

It Starts with Us

MSRP:
Now:
As low as
Was:
Lily and her ex-husband, Ryle, have just settled into a civil coparenting rhythm when she suddenly bumps into her first love, Atlas, again. After nearly two years separated, she is elated that for...

Eureka!: Mindblowing Science Every Day of the Year

MSRP:
Now:
As low as
Was:
Could you surf down an erupting volcano? Why do zebras have stripes? Are you breathing the same air as Leonardo da Vinci? Are there any green mammals? Why do pineapples have...

MSRP:
Now:
As low as
Was:
Seventeen-year-old Avery Anderson is convinced her senior year is ruined when she's uprooted from her life in DC and forced into the hostile home of her terminally ill grandmother, Mama Letty. The...

MSRP:
Now:
As low as
Was:
There are many kinds of friends—old friends, new friends, friends that last a lifetime—and the day to make new friends is always near, if you look. This story celebrates all of them: who they are,...

MSRP:
Now:
As low as
Was:
In case of emergency, Desktop Fire Extinguisher provides much-needed stress relief! Just press down the nozzle and this mini fire extinguisher releases a satisfying whooshing sound. Kit...

One Hen: How One Small Loan Made a Big Difference

MSRP:
Now:
As low as
Was:
Inspired by true events, One Hen tells the story of Kojo, a boy from Ghana who turns a small loan into a thriving farm and a livelihood for many. After his father died, Kojo had to quit school to...