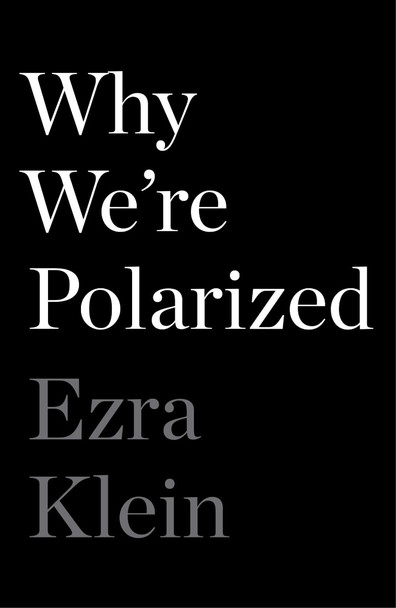 Discover how American politics became a toxic system, why we participate in it, and what it means for our future—from journalist, political commentator, and cofounder of Vox, Ezra Klein.

After Election Day 2016, both supporters and opponents of the soon-to-be president hailed his victory as a historically unprecedented event. Most Americans could agree that no candidate like Donald Trump had ever been elected President before. But political journalist Ezra Klein makes the case that the 2016 election wasn’t surprising at all. In fact, Trump’s electoral victory followed the exact same template as previous elections, by capturing a nearly identical percentage of voter demographics as previous Republican candidates.

Over the past 50 years in America, our partisan identities have merged with our racial, religious, geographic, ideological, and cultural identities. Those merged identities have attained a weight that is breaking much in our politics and tearing at the bonds that hold this country together.

Neither a polemic nor a lament, Klein offers a clear framework for understanding everything from Trump’s rise to the Democratic Party’s leftward shift to the politicization of everyday culture. A revelatory book that will change how you look at politics, and perhaps at yourself.

The book, Why We're Polarized [Bulk, Wholesale, Quantity] ISBN# 9781476700328 in Hardcover by Ezra Klein may be ordered in bulk quantities. Minimum starts at 25 copies. Availability based on publisher status and quantity being ordered.

Mistreated: Why We Think We're Getting Good Health Care--And Why We're Usually Wrong

MSRP:
Now:
As low as
Was:
The biggest problem in American health care is us Do you know how to tell good health care from bad health care? Guess again. As patients, we wrongly assume the "best" care is dependent mainly on the...

Factfulness Illustrated: Ten Reasons We're Wrong about the World--And Why Things Are Better Than You Think

MSRP:
Now:
As low as
Was:
The international best-selling phenomenon loved by BARACK OBAMA and BILL GATES is now available in a gift edition with the illustrations in color throughout. "A hopeful book about the potential for...

Factfulness: Ten Reasons We're Wrong About the World--and Why Things Are Better Than You Think

MSRP:
Now:
As low as
Was:
Illustrated in full color. The colorful characters from Sesame Street teach young children about racial harmony. Muppets, monsters, and humans compare noses, hair, and skin and realize how different...

Trust in a Polarized Age

MSRP:
Now:
As low as
Was:
Americans today don't trust each other and their institutions as much as they once did. The collapse of social and political trust has arguably fueled our increasingly ferocious ideological conflicts...

The Secrets of Happy Families: Improve Your Mornings, Rethink Family Dinner, Fight Smarter, Go Out and Play, and Much More [Hardcover]

MSRP:
Now:
As low as
Was:
**A 2020 OWL AWARD SHORTLIST WINNER IN THE BIOGRAPHY & MEMOIR CATEGORY**Hollywood Park is a remarkable memoir of a tumultuous life. Mikel Jollett was born into one of the country’s most...

One Fox: A Counting Book Thriller

MSRP:
Now:
As low as
Was:
A stunningly gorgeous counting book with a delightful surprise One hungry fox with two sly eyes is on the prowl…three plump hens had better watch out! Rich and colorful illustrations plunge the...

MSRP:
Now:
As low as
Was:
Love is a mortal sin, and the secrets of the past are deadly. Plunge into the third installment novel in the internationally bestselling Mortal Instruments series and “prepare to be hooked”...

MSRP:
Now:
As low as
Was:
Thirteen-year-old Brodie Lynch was ready for the perfect summer of adventure along the awesome Blackwater River. That was before everything changed forever. When a harmless prank goes too far, the...

Healing Neen: One Woman's Path to Salvation from Trauma and Addiction

MSRP:
Now:
As low as
Was:
"Choose for yourselves this day whom you will serve…" – Joshua 24:15 (NIV) It is almost unfathomable to believe that just nine years ago Neen was in prison―a place as familiar to her as the streets...

An Illustrated Business History of the United States

MSRP:
Now:
As low as
Was:
From Benjamin Franklin, Robert Morris, and Cornelius Vanderbilt to Steve Jobs, Oprah Winfrey, and Bill Gates, with Madam C.J. Walker, Martha Stewart, Jay-Z, and many more in-between, An Illustrated...