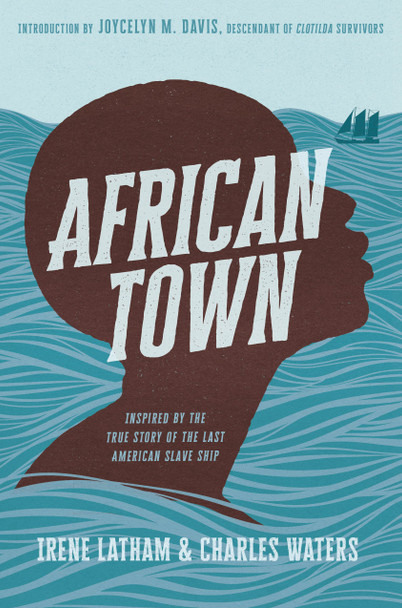 In 1860, long after the United States outlawed the importation of enslaved laborers, 110 men, women and children from Benin and Nigeria were captured and brought to Mobile, Alabama aboard a ship called Clotilda. Their journey includes the savage Middle Passage and being hidden in the swamplands along the Alabama River before being secretly parceled out to various plantations, where they made desperate attempts to maintain both their culture and also fit into the place of captivity to which they'd been delivered. At the end of the Civil War, the survivors created a community for themselves they called African Town, which still exists to this day. Told in 14 distinct voices, including that of the ship that brought them to the American shores and the founder of African Town, this powerfully affecting historical novel-in-verse recreates a pivotal moment in US and world history, the impacts of which we still feel today.

The book, African Town [Bulk, Wholesale, Quantity] ISBN# 9780593322888 in Hardcover by Charles Waters; Irene Latham may be ordered in bulk quantities. Minimum starts at 25 copies. Availability based on publisher status and quantity being ordered.
View AllClose

MSRP:
Now:
As low as
Was:
Quentin Jacobsen has spent a lifetime loving the magnificent Margo Roth Spiegelman from afar.... The book, Paper Towns [Bulk, Wholesale, Quantity] ISBN# 9780525478188 in Hardcover by Green, John may...

MSRP:
Now:
As low as
Was:
With a new introduction by the author"--Cover. January Sun : One Day, Three Lives, a South African Town ISBN 9781439195147 in Paperback by Stengel, Richard may be ordered in bulk quantities (minimums...

MSRP:
Now:
As low as
Was:
Young children will love lacing up their hiking boots and joining Bird, Mouse, and Rabbit as they take a walk through a North American evergreen forest to meet some truly amazing animals! From a...

We Are Not Such Things: The Murder of a Young American, a South African Township, and the Search for Truth and Reconciliation

MSRP:
Now:
As low as
Was:
The story of Amy Biehl is well known in South Africa: The twenty-six-year-old white American Fulbright scholar was brutally murdered on August 25, 1993, during the final, fiery days of apartheid by a...

My Fade Is Fresh

MSRP:
Now:
As low as
Was:
When a little girl walks into her local barbershop, she knows she wants the flyest, freshest fade on the block! But there are so many beautiful hairstyles to choose from, and the clients and her...

I Must Betray You

MSRP:
Now:
As low as
Was:
Romania, 1989. Communist regimes are crumbling across Europe. Seventeen-year-old Cristian Florescu dreams of becoming a writer, but Romanians aren’t free to dream; they are bound by rules and force...

Attack of the Black Rectangles

MSRP:
Now:
As low as
Was:
Award-winning author Amy Sarig King takes on censorship and intolerance in a novel she was born to write. When Mac first opens his classroom copy of Jane Yolen's The Devil’s Arithmetic and finds...

MSRP:
Now:
As low as
Was:
From the New York Times bestselling author of Front Desk comes a poignant middle grade novel about courage, hope, and resilience as an Asian American boy fights to keep his family together and stand...

Susie B. Won't Back Down

MSRP:
Now:
As low as
Was:
Susie B. has a lot to say. Like how it’s not fair that she has to be called Susie B. instead of plain Susie. Or about how polar bears are endangered. Or how the Usual Geniuses are always getting...

The Road to After

MSRP:
Now:
As low as
Was:
For most of her life, Lacey has been a prisoner without even realizing it. Her dad rarely let her, her little sister, or her mama out of his sight. But their situation changes suddenly and...

The Secret of the Jade Bangle

MSRP:
Now:
As low as
Was:
A charming early chapter book series that explores Vietnamese culture and identity through the eyes of the Nguyen siblings, with elements of the supernatural, spirituality, and social justice woven...

You Are My Favorite Color

MSRP:
Now:
As low as
Was:
When you ask me why your skin is brown, I will tell you that you are my favorite color. I will say that your skin was decided long, long ago. Time was just waiting for you. So begins a mother’s...

MSRP:
Now:
As low as
Was:
The follow-up to Lonely Planet Kids’ Love Around the World, this beautifully illustrated picture book looks at concepts of happiness from across our planet. From forest bathing in Japan and playing...