Ansel Adams in the National Parks 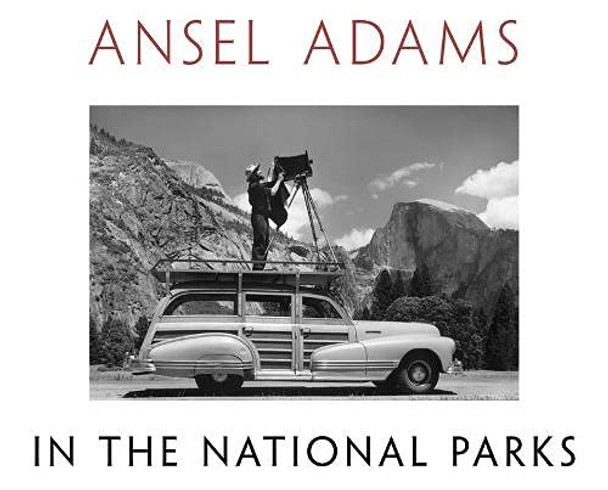 Ansel Adams in the National Parks

MSRP:
Now: List Price $45.00
Was:
— You save
Paperback
This product qualifies for FREE US Ground Shipping on orders over $100.

The most comprehensive collection of Ansel Adams's photographs of America's national parks and wilderness areas, with more than 200 photographs — many rarely seen and some never before published.

For many people, Yosemite, Yellowstone, Glacier National Park, and other iconic American wildlands exist in the mind's eye as Ansel Adams photographs. The legendary photographer explored more than forty national parks in his lifetime, producing some of the most indelible images of the natural world ever made. One of the twentieth century's most ardent champions of the park and wilderness systems, Adams also helped preserve additional natural areas and protect existing ones through his photographs, essays, and letter-writing campaigns.

Edited and with commentary by Andrea G. Stillman, the foremost expert on Adams's work, this landmark publication includes quotations by Adams on the making of numerous photographs and essays by Wallace Stegner, William A. Turnage of The Ansel Adams Trust, and journalist and critic Richard B. Woodward. This is a must-own for Ansel Adams fans and all those who, like Adams, treasure America's wilderness.

The book, Ansel Adams in the National Parks [Bulk, Wholesale, Quantity] ISBN# 9780316078467 in Paperback by Ansel Adams may be ordered in bulk quantities. Minimum starts at 25 copies. Availability based on publisher status and quantity being ordered.
View AllClose

MSRP:
Now:
As low as
Was:
Discover your park with this enchanting coloring book commemorating the 100th anniversary of the National Park Service, featuring the most iconic landscapes and flora and fauna from all fifty-nine...

MSRP:
Now:
As low as
Was:
You may be familiar with Adams's iconic black-and-white nature photographs. But do you know about the artist who created these images? As a child, Ansel Adams just couldn't sit still. He felt...

MSRP:
Now:
As low as
Was:
The Complete Guide to the National Park Lodges is the only definitive guide of its kind--covering every lodge run by the National Park Service, from luxurious inns to rustic cabins. The authors,...

M Is for Majestic: A National Parks Alphabet

MSRP:
Now:
As low as
Was:
Mighty mountains, wild rivers, fiery volcanoes, huge glaciers, vast forests, tropical islands -- all part of our National Parks, belonging to you and me. This magnificent ABC book showcases each of...