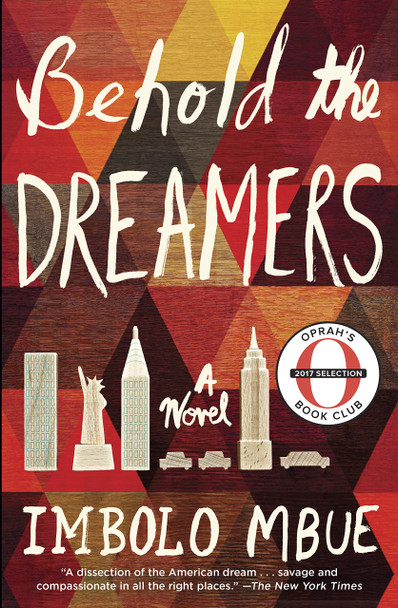 A compulsively readable debut novel about marriage, immigration, class, race, and the trapdoors in the American Dream—the unforgettable story of a young Cameroonian couple making a new life in New York just as the Great Recession upends the economy Winner of the PEN/Faulkner Award • A New York Times Notable Book • Longlisted for the PEN/Open Book Award • An ALA Notable Book NAMED ONE OF THE BEST BOOKS OF THE YEAR BY NPR • The New York Times Book Review • San Francisco Chronicle • The Guardian • St. Louis Post-Dispatch • Chicago Public Library • BookPage • Refinery29 • Kirkus Reviews Jende Jonga, a Cameroonian immigrant living in Harlem, has come to the United States to provide a better life for himself, his wife, Neni, and their six-year-old son. In the fall of 2007, Jende can hardly believe his luck when he lands a job as a chauffeur for Clark Edwards, a senior executive at Lehman Brothers. Clark demands punctuality, discretion, and loyalty—and Jende is eager to please. Clark’s wife, Cindy, even offers Neni temporary work at the Edwardses’ summer home in the Hamptons. With these opportunities, Jende and Neni can at last gain a foothold in America and imagine a brighter future. However, the world of great power and privilege conceals troubling secrets, and soon Jende and Neni notice cracks in their employers’ façades. When the financial world is rocked by the collapse of Lehman Brothers, the Jongas are desperate to keep Jende’s job—even as their marriage threatens to fall apart. As all four lives are dramatically upended, Jende and Neni are forced to make an impossible choice.

The book, Behold the Dreamers (Oprah's Book Club) [Bulk, Wholesale, Quantity] ISBN# 9780525509714 in Paperback by Imbolo Mbue may be ordered in bulk quantities. Minimum starts at 25 copies. Availability based on publisher status and quantity being ordered.
View AllClose

MSRP:
Now:
As low as
Was:
AN INSTANT NEW YORK TIMES BESTSELLER / AN OPRAH’S BOOK CLUB PICK PRESIDENT OBAMA’S SUMMER 2021 READING LIST Longlisted for the Man Booker Prize In the spirit of The Known World and The...

The 99% Invisible City: A Field Guide to the Hidden World of Everyday Design

MSRP:
Now:
As low as
Was:
**2020 OWL AWARD GIFT & SPECIAL INTEREST CATEGORY WINNER**“[A] diverse and enlightening book . . . The 99% Invisible City is altogether fresh and imaginative when it comes to thinking about...

MSRP:
Now:
As low as
Was:
The adventure continues in Room 26 with Humphrey's frog-tastic best friend, Og the Frog! Og the Frog has just moved into Room 26, and the place is hopping. There are lively kids, new routines, and a...

EllRay Jakes Is Not a Chicken!

MSRP:
Now:
As low as
Was:
EllRay Jakes is tired of being bullied by fellow classmate Jared Matthews. But when EllRay tries to defend himself, he winds up in trouble. Then his dad offers him a deal: If he stays out of trouble...

Mother of Invention: How Good Ideas Get Ignored in an Economy Built for Men

MSRP:
Now:
As low as
Was:
An illuminating and maddening examination of how gender bias has skewed innovation, technology, and history It all starts with a rolling suitcase. Though the wheel was invented some five thousand...

MSRP:
Now:
As low as
Was:
A BookPal Staff Pick for August 2021 Join acclaimed author Elise Gravel on a dazzling and revelatory tour of the insect world! In The Bug Club, Elise Gravel shares all of her favourite and...