Design Between the Lines 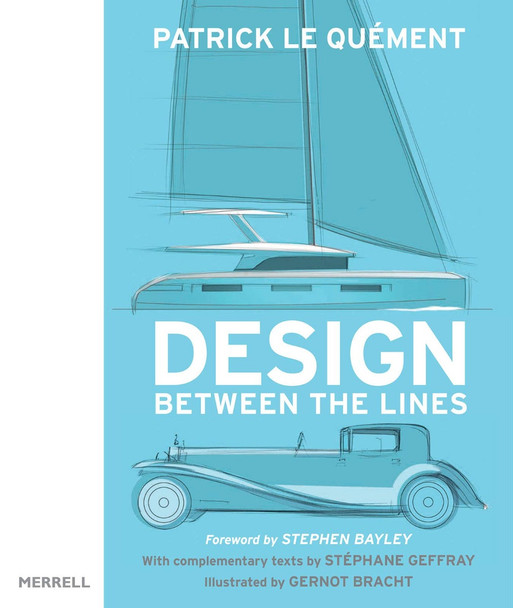 Design Between the Lines

MSRP:
Now: List Price $50.00
Was:
— You save
Hardcover
This product qualifies for FREE US Ground Shipping on orders over $100.

The car industry and the way in which cars are created have changed beyond all recognition over the last half-century. Automotive styling was once the grudging afterthought when the engineers had finished their work. Now, following a short flirtation with exotic Italian design houses, it has evolved into sophisticated design carried out by multitalented in-house teams honing carefully crafted brand identities.

One of the visionary designers at the forefront of that revolution has been Patrick le Quément. Most widely acclaimed for his 22 years in charge of Renault Design, resulting in such standout models as the Twingo, Scénic and Avantime, le Quément has enjoyed a 50-year career that has also taken in Simca, Ford and Volkswagen-Audi. In his foreword to the book, Stephen Bayley calls le Quément ‘perhaps the very most original designer working in the conservative car business at the turn of the millennium’. Some 60 million cars across the world now bear the unmistakable stamp of le Quément.

Design: Between the Lines is not a straightforward autobiography; rather, le Quément charts his journey through five decades of thoughts, actions, failures and successes. He offers fascinating commentaries on design and the creative process, and on some of the extraordinary automotive brands that make up our shared cultural heritage. As Bayley notes, for le Quément, design is ‘as much a matter of thinking as a matter of drawing’. On a broader, more philosophical level, le Quément also shares his views about life in general and that remarkable contraption called ‘the automobile’, which has so influenced the lives of millions of people the world over from the late 1800s to the present day.

Presented as a series of 50 brief essays or ‘perspectives’, le Quément’s thoughtful and astute observations from the street, from the design studio and from his seat in the boardroom give the reader a penetrating and often amusing insight into the high-level workings of a global industry, its triumphs and tragedies, and the foibles of the decision-makers responsible for running it. A lively complementary text by the automotive journalist Stéphane Geffray accompanies each of le Quément’s perspectives, and illustrations are provided by the automobile designer Gernot Bracht. Design: Between the Lines will appeal to all motoring fans and enthusiasts of good design. As Chris Bangle, the former Director of BMW Design, remarks: ‘Few car designers have had a career so filled with innovative successes that they have inspired a whole industry; fewer still have the skills to share it. Engaging and revealing, Patrick relates his personal experience and deep knowledge of car design in a very enjoyable manner.’

The book, Design Between the Lines [Bulk, Wholesale, Quantity] ISBN# 9781858946764 in Hardcover by Patrick Le Quement;Stephen Bayley;Stephane Geffray;Gernot Bracht may be ordered in bulk quantities. Minimum starts at 25 copies. Availability based on publisher status and quantity being ordered.
View AllClose

Love Between the Lines: An Adult Coloring Book for Book Lovers

MSRP:
Now:
As low as
Was:
Be the first to read the thought-provoking new novel from Melissa de la Cruz, the #1 New York Times bestselling author of The Isle of the Lost and Return to the Isle of the Lost. She had her whole...

The River Between Us [Paperback]

MSRP:
Now:
As low as
Was:
The year is 1861. Civil war is imminent and Tilly Pruitt's brother, Noah, is eager to go and fight on the side of the North. With her father long gone, Tilly, her sister, and their mother struggle to...

MSRP:
Now:
As low as
Was:
This thought-provoking companion to Nikki Grimes’ Coretta Scott King Award-winning Bronx Masquerade shows the capacity poetry has to express ideas and feelings, and connect us with ourselves and...

Horns to Toes and in Between

MSRP:
Now:
As low as
Was:
Serious silliness for all ages. Artist Sandra Boynton is back and better than ever with completely redrawnversions of her multi-million selling board books. These whimsical and hilarious books,...