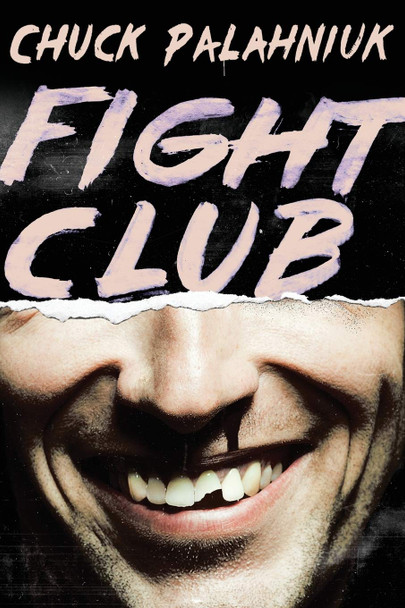 Chuck Palahniuk showed himself to be his generation’s most visionary satirist in this, his first book. Fight Club’s estranged narrator leaves his lackluster job when he comes under the thrall of Tyler Durden, an enigmatic young man who holds secret after-hours boxing matches in the basements of bars. There, two men fight "as long as they have to." This is a gloriously original work that exposes the darkness at the core of our modern world.

The book, Fight Club [Bulk, Wholesale, Quantity] ISBN# 9780393355949 in Paperback by Chuck Palahniuk may be ordered in bulk quantities. Minimum starts at 25 copies. Availability based on publisher status and quantity being ordered.
View AllClose

This Fight Is Our Fight: The Battle to Save America's Middle Class

Fight: Are You Willing to Pick a Fight with Evil?

MSRP:
Now:
As low as
Was:
Suit up for the ultimate fight There's a terrifying truth facing today's men, and it's caught many off guard. But once that first overwhelming challenge hits, the reality about evil becomes clear:...

MSRP:
Now:
As low as
Was:
Part manual, part manifesto, a humorous yet incisive guide to navigating subtle sexism at work—a pocketbook Lean In for the Buzzfeed generation that provides real-life career advice and humorous...

The Fight to Vote

MSRP:
Now:
As low as
Was:
“An important new book” (The Washington Post) on the long struggle to win voting rights for all citizens by the author of The Second Amendment: A Biography and president of The Brennan Center, a...

This Fight Is Our Fight: The Battle to Save America's Middle Class [Paperback]

MSRP:
Now:
As low as
Was:
125 comfort food recipes and family favorites that are simple to prepare and will bring loved ones together, plus fun family stories and photos, from country music star, Food Network star, and #1...

Surrounded by Setbacks: Turning Obstacles Into Success (When Everything Goes to Hell)

MSRP:
Now:
As low as
Was:
In Surrounded by Setbacks, internationally bestselling author Thomas Erikson turns his attention to a universal problem: what to do when things go wrong. Too often it seems like our dreams and...

Let Your Inner Golden Sparkle Shine: The little girl who never stopped believing in herself

MSRP:
Now:
As low as
Was:
The perfect grounding practice for kids that the whole family can enjoy! When you wish things were different, sure, you could stomp and pout... but what about crossing your hands over your heart...

Keeping a Nature Journal, 3rd Edition: Deepen Your Connection with the Natural World All Around You

MSRP:
Now:
As low as
Was:
Originally published in 2000 with endorsements from E.O. Wilson and Jane Goodall, Clare Walker Leslie’s Keeping a Nature Journal was at the forefront of the nature observation and journaling movement...

MSRP:
Now:
As low as
Was:
When Party Girl was released by HarperCollins in 2007, it was hailed as the book that launched the "Quit Lit" movement. With a movie deal in the works, the book that started it all is now back to...

MSRP:
Now:
As low as
Was:
After twenty-three years, Orson Scott Card returns to his acclaimed bestselling series with the first true, direct sequel to the classic Ender's Game. In Ender's Game, the world's most gifted...

The Perfect Day to Boss Up: A Hustler's Guide to Building Your Empire (Original)

MSRP:
Now:
As low as
Was:
A captivating and inspiring guide to building an untouchable empire from mud to marble, no matter what obstacles stand in the way Rick Ross is a hip-hop icon and a towering figure in the business...

Power, for All: How It Really Works and Why It's Everyone's Business

MSRP:
Now:
As low as
Was:
A BookPal Staff Pick for August 2021 “A remarkably insightful read on what power is, how it’s gained and lost, and how it can be used for good. The masterful analysis by two...

MSRP:
Now:
As low as
Was:
30 ounce tumbler keeps your cold drinks cool and your hot drinks warm through a sturdy construction of double wall, vacuum insulated stainless steel. Laser imprinted logos and messages will stand...