Joseph and the Way of Forgiveness: A Biblical Tale Retold 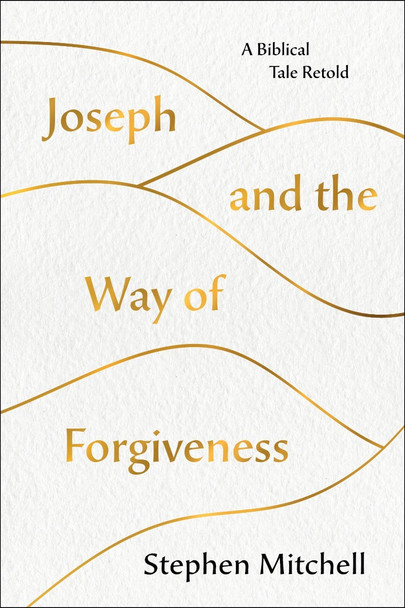 Joseph and the Way of Forgiveness: A Biblical Tale Retold

MSRP:
Now: List Price $21.99
Was:
— You save
Hardcover
This product qualifies for FREE US Ground Shipping on orders over $100.

**A 2019 OWL AWARD SHORTLIST WINNER IN THE RELIGION CATEGORY**

“A unique and special kind of masterpiece.” ―John Banville

Stephen Mitchell’s gift is to breathe new life into ancient classics. In Joseph and the Way of Forgiveness, he offers us his riveting novelistic version of the Biblical tale in which Jacob’s favorite son is sold into slavery and eventually becomes viceroy of Egypt. Tolstoy called it the most beautiful story in the world. What’s new here is the lyrical, witty, vivid prose, informed by a wisdom that brings fresh insight to this foundational legend of betrayal and all-embracing forgiveness. Mitchell’s retelling, which reads like a postmodern novel, interweaves the narrative with brief meditations that, with their Zen surprises, expand the narrative and illuminate its main themes.

By stepping inside the minds of Joseph and the other characters, Mitchell reanimates one of the central stories of Western culture. The engrossing tale that he has created will capture the hearts and minds of modern readers and show them that this ancient story can still challenge, delight, and astonish.

The book, Joseph and the Way of Forgiveness: A Biblical Tale Retold [Bulk, Wholesale, Quantity] ISBN# 9781250237521 in Hardcover by Stephen Mitchell may be ordered in bulk quantities. Minimum starts at 25 copies. Availability based on publisher status and quantity being ordered.

The Odyssey ( Retold by Gillian Cross )

MSRP:
Now:
As low as
Was:
A bold re-envisioning of The Odyssey, told with simplicity and style perfect for fans of graphic retellings and mythology enthusiasts alike. Odysseus faces storm and shipwreck, a terrifying...

MSRP:
Now:
As low as
Was:
R.T. Kendall has given us a treasure…the hope and possibility of experiencing incredible freedom and peace that can only come when we walk in total forgiveness. One of the core messages of the...

Look Both Ways: A Tale Told in Ten Blocks

The Way of Forgiveness: A Story about Letting Go

MSRP:
Now:
As low as
Was:
“A unique and special kind of masterpiece.” ―John Banville Now available in paperback In The Way of Forgiveness, the distinguished writer and translator Stephen Mitchell provides a stirring account...

The Way of Letting Go: One Woman's Walk Toward Forgiveness

MSRP:
Now:
As low as
Was:
Maybe it was the sting of remarks from a relative or friend. Maybe a miscarriage ended your hopes for a family. For all of your heartbreaks, maybe you wished there was someone to help you through...

MSRP:
Now:
As low as
Was:
The children's story about a little star at Christmas time. Enjoyable book to read. All color pages. Makes a great gift! The book, The Little Christmas Star [Bulk, Wholesale, Quantity] ISBN#...

MSRP:
Now:
As low as
Was:
Celebrate the South's favorite mayonnaise and learn how to cook with it in new delicious ways with this cookbook from food writer and Duke's lover Ashley Freeman. Mayonnaise is one of those...

Bias Interrupted: Creating Inclusion for Real and for Good

MSRP:
Now:
As low as
Was:
A cutting edge, relentless, objective approach to inclusion. Companies spend billions of dollars annually on diversity efforts, with remarkably few results. Too often diversity efforts rest on the...

Conversations in Black: On Power, Politics, and Leadership [Paperback]

MSRP:
Now:
As low as
Was:
An award-winning journalist envisions the future of leadership, excellence, and prosperity in Black America with this "urgent and pathbreaking" work (Marc Lamont Hill). Hard-hitting,...

MSRP:
Now:
As low as
Was:
A transformative guide to building more fulfilling relationships with colleagues, friends, partners, and family, based on the landmark Interpersonal Dynamics (“Touchy-Feely”) course at Stanford’s...

MSRP:
Now:
As low as
Was:
"A beautifully measured novel of life and line."—The New York Times Book Review "With a bolt of lightning on my kicks . . . The court is SIZZLING. My sweat is DRIZZLING. Stop all that quivering...

MSRP:
Now:
As low as
Was:
A fascinating biography and in-depth look at the work of bestselling writer and psychologist Dr. Jordan Peterson, by award-winning author Jim Proser. Who is psychologist, professor, bestselling...

MSRP:
Now:
As low as
Was:
In this book, award-winning children’s author and acclaimed educator Lester L. Laminack provides guidelines, lessons, and resources for making every read-aloud experience intentional and...

MSRP:
Now:
As low as
Was:
Everybody wants to be a hero, but few understand the power of being a hero maker. In Hero Maker you will learn how to bring real change to your church and community by developing the practical...