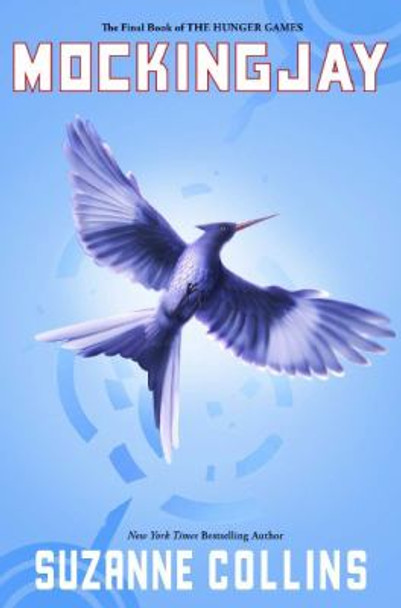 Against all odds, Katniss Everdeen has survived the Hunger Games twice. But now that she's made it out of the bloody arena alive, she's still not safe. The Capitol is angry. The Capitol wants revenge. Who do they think should pay for the unrest? Katniss. And what's worse, President Snow has made it clear that no one else is safe either. Not Katniss's family, not her friends, not the people of District 12. Powerful and haunting, this thrilling final installment of Suzanne Collins's groundbreaking The Hunger Games trilogy promises to be one of the most talked about books of the year.

The book, Mockingjay (The Hunger Games) [Bulk, Wholesale, Quantity] ISBN# 9780439023511 in Hardcover by Collins, Suzanne may be ordered in bulk quantities. Minimum starts at 25 copies. Availability based on publisher status and quantity being ordered.
View AllClose

MSRP:
Now:
As low as
Was:
The book no one can stop talking about . . . In the ruins of a place once known as North America lies the nation of Panem, a shining Capitol surrounded by twelve outlying districts. The Capitol is...

MSRP:
Now:
As low as
Was:
Made into a major motion picture, the Hunger Games series has captured readers all around the world. The series’ imaginative setting, gripping suspense and adventure, compelling character development...

MSRP:
Now:
As low as
Was:
In this best-selling, post-apocalyptic vision of Panem, the former United States, each district must pay an annual tribute to the tyrannical government by sending two young representatives to The...

MSRP:
Now:
As low as
Was:
In this sweet and adventurous picture book, an unusually literary fish leaves the safety of her bowl to explore her library home for the first time. When Mr. Hughes finds a fish all alone in the...

Get a Hit, Mo! (Step Into Reading)

MSRP:
Now:
As low as
Was:
Mo may not be the biggest, the strongest, or the fastest baseball player, but he won't let that stop him from playing! This Step 2 reader from Geisel Award winner David Adler is now in Step into...

When Sophie's Feelings Are Really, Really Hurt (When Sophie)

MSRP:
Now:
As low as
Was:
In a sequel to her bestselling When Sophie Gets Angry..., Caldecott Honor Illustrator Molly Bang asks: What hurts your feelings, and what do you do about it? Everyone's feelings get hurt, and it's...

A Minute to Think: Reclaim Creativity, Conquer Busyness, and Do Your Best Work

MSRP:
Now:
As low as
Was:
A BookPal Staff Pick for August 2021 “You’re going to want to share copies of this book with your overbooked friends and colleagues, but before you do, take some time to read it...